Verstappen: What other tracks can learn from Zandvoort

Verstappen: What other tracks can learn from Zandvoort 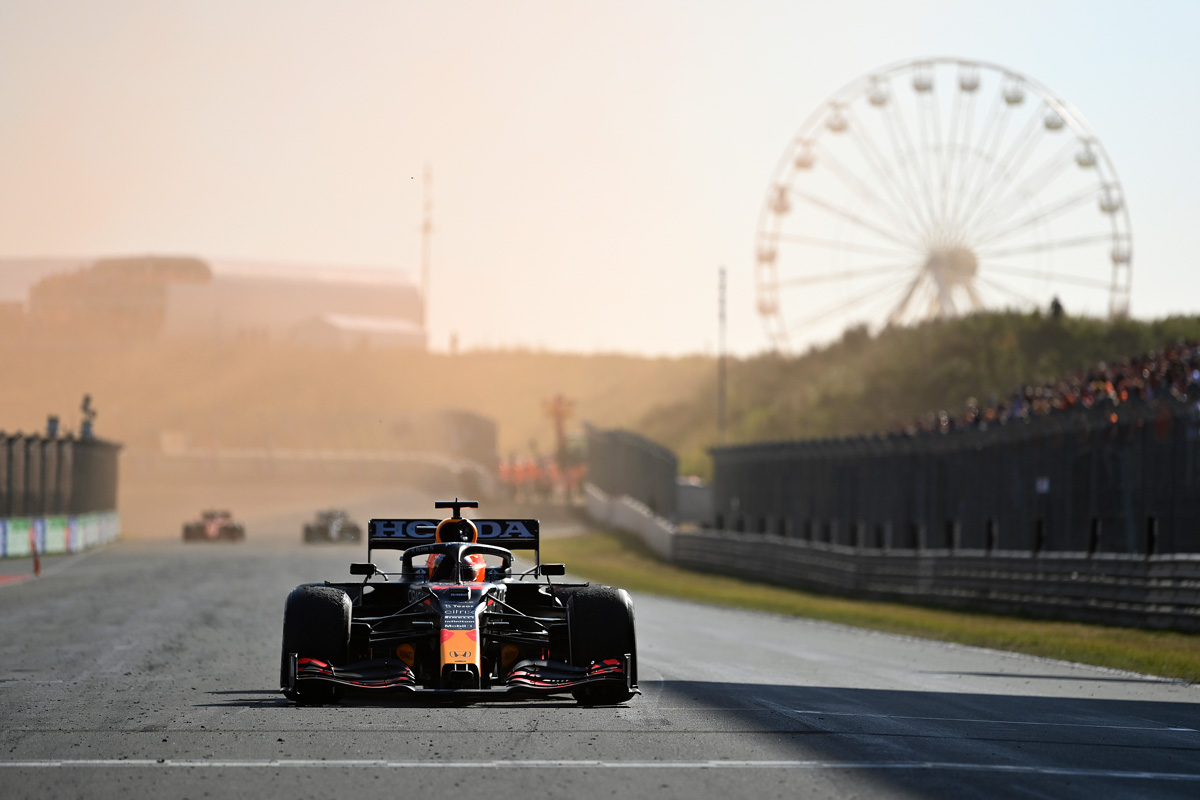 Red Bull took its eighth win of the season at Zandvoort

Max Verstappen has hailed elements of the Zandvoort circuit which hosted Formula 1 for the first time in 36 years as a blueprint for other tracks.

The Red Bull ace regained the championship lead from Lewis Hamilton after winning the Dutch Grand Prix from pole.

Verstappen hailed Turn 7 as his favourite section of the circuit, but noted “you really feel the grip of a Formula 1 car” due to the general fast and flowing layout.

“With the banked corners, I think it’s very good,” said the #33 driver.

“You could see it already a bit in Mugello, as well. Of course, the banking was not as severe as here but the thing is, when we have these cars which are so wide and have so much downforce, you cannot do the same line when you’re behind.

“So you need the opportunity to go either up or down, depends on how the corner is.”

While overtaking was minimal in Sunday’s grand prix, Verstappen thinks there are lessons to be learnt from Zandvoort in terms of generating different potential racing lines.

“The more banking, or the width of a track can help,” he added.

“As long as we don’t have off-camber corners because when it’s off-cambered you can only do one line, even when you’re behind, because if you want to go on the outside, you just lose so much grip.

“So it’s a lesson maybe for other tracks, or future tracks; do not build any off-camber corners!”

While new circuits pop up from time to time, a series of existing tracks have recently undergone significant revamps.

Zandvoort itself did prior to its return to the calendar, while camber changes have been made at both Albert Park and Abu Dhabi.