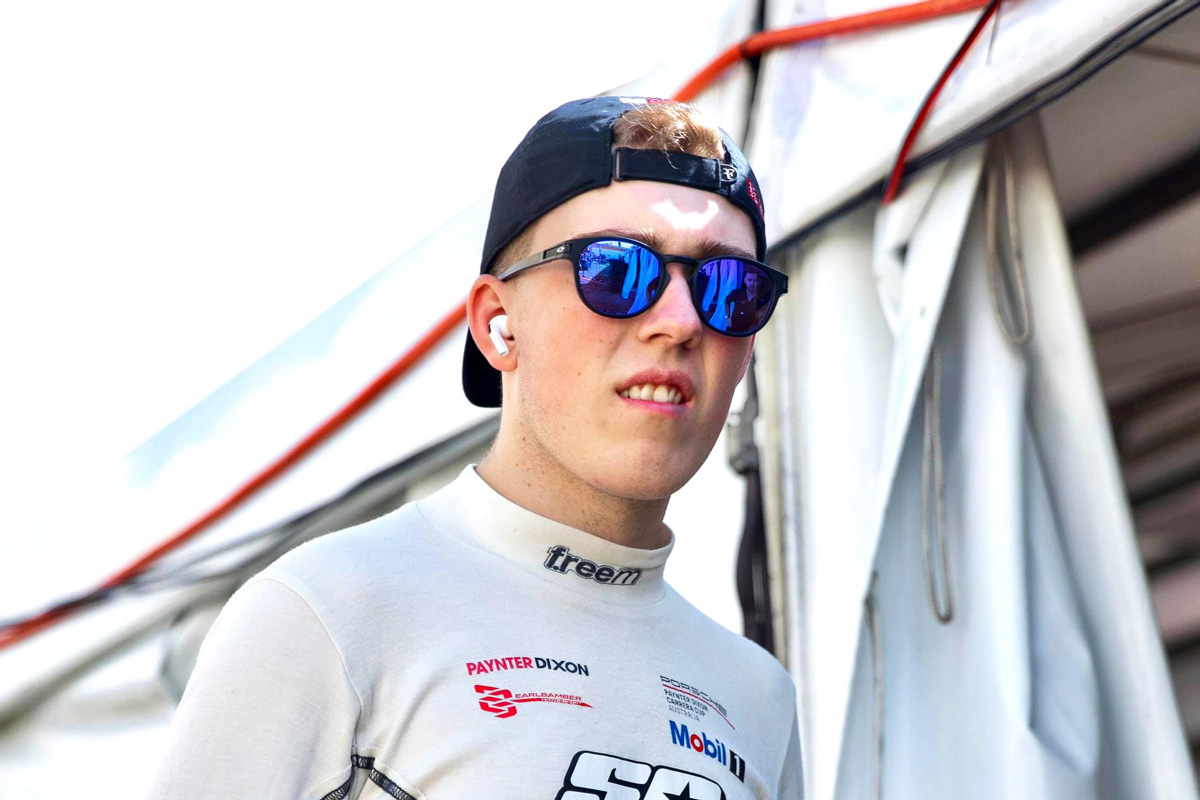 The revelation comes with the announcement of Kelly Grove Racing incumbent Andre Heimgartner’s end-of-year departure, and Payne’s signing of a long-term agreement to become the first Grove Junior academy driver.

He’s this year been under the wing of Earl Bamber – albeit from afar – while driving for the two-time Le Mans winner’s eponymous team.

Payne has for some time been in the sights of Stephen Grove, who will next year transition from co-owning KGR with the Kelly family to holding 100 percent ownership of the Braeside operation.

Seeing him up-close in Townsville, where Grove also raced in Carrera Cup in the Pro-Am field, proved the latest affirmation of his impressions of a special talent.

“We have spent a lot of time analysing Matty, and he’s contracted to us now on a multi-year deal, so he’s a long-term opportunity for us to develop,” Grove told Speedcafe.com.

While lacking experience, Payne is considered by many to be the next big thing.

A Supercars Championship call-up to be David Reynolds’ team-mate next year is a real possibility, pending a Superlicence dispensation.

Grove though is somewhat coy about that prospect, simply saying that the team will look to field the best young talent it can build around long-term.

“He has signed to race with us in some form. There’s probably three options [for 2022]: Carrera Cup, Super2 or Supercars,” he noted.

“Timing will depend on how his progression goes – he hasn’t driven a Supercar yet, so we need to get him into a Supercar.

“His development is something we’re going to invest in for down the track.”

While excitement swells around Payne’s future, his deal is significant in coinciding with the launch of Grove Junior.

“He’s the first signing through that and we’ll probably sign a couple more by the end of the year at different levels,” said Grove.

The academy programme will take a holistic approach, identifying Australian and New Zealand prospects who will go through training in areas from physical to data.

“It will be helping them with their commercial relationships externally, putting together parties that want to be involved and sponsor the kids to come through.

“It’s a process. We’ll go right back to karting. We’re going to start in karting, we will probably run three young kids at different levels.

“There’s a lot of opportunities to drive our Cup car, our GT car, our Supercar, and we’ll help them with their career.”

The Grove Group has a proud history of supporting drivers coming through the ranks, including Scott McLaughlin and Anton De Pasquale.

Payne, meanwhile, has had a recent presence on television screens, representing the Blanchard Racing Team in the Cash Converters Supercars Eseries.