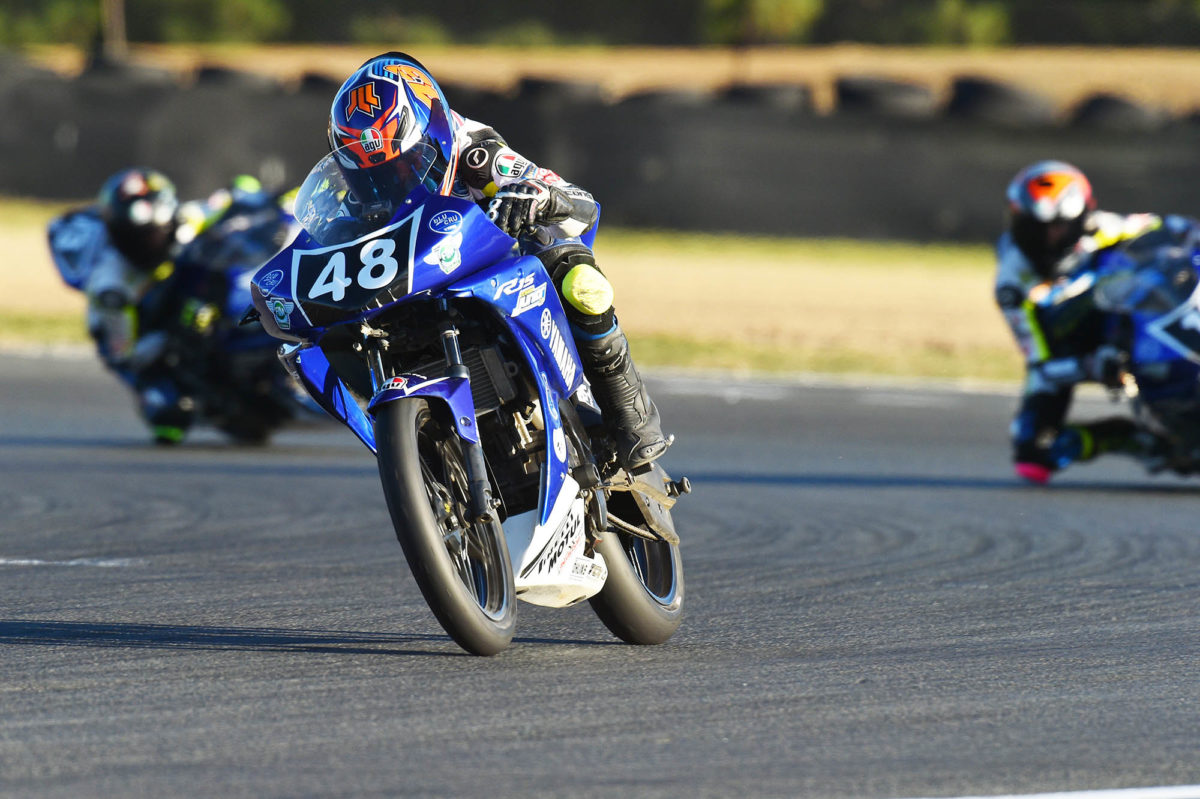 Young Australian riders will have the opportunity to win a place in an official MotoGP feeder series through a new digital competition.

To enter, riders must upload GoPro footage of themselves riding a figure eight layout, which will then be analysed through the ‘motoDNA’ algorithm.

Submissions will be graded through that algorithm, which is based on a decade’s worth of rider data covering behaviours such as braking and steering, and a leaderboard will be formed.

As well as the aforementioned top prize, said to be worth $10,000, the top five riders on the motoChampion leaderboard will be given a spot in the 2022 Oceania Junior Cup selection event.

The programme is the brainchild of racer turned engineer and rider coach Mark McVeigh, who founded the motoDNA academy in 2010, and represents a solution to current COVID-19 restrictions.

“The development of young Aussie motorcycling talent has been impacted by COVID-19 restrictions so we’re happy to be able to facilitate a return to competition in the safest way possible,” said McVeigh.

“MotoChampion is stepping in to help our next generation by giving them a leg up and showing the world through riding data that our Aussie talent is world-class.”

The Oceania Junior Cup was launched by Motorcycling Australia in 2019 and has the endorsement of Dorna Sports as an official Road to MotoGP series.

“We’re excited to be a part of motoChampion in partnership with motoDNA which provides riders with an additional tool in their tool kit to further develop their riding technique and skills.”

MotoChampion is open to riders aged 11 to under 16, with entries open now, until Tuesday, November 30. Winners will be decided on Friday, December 10.