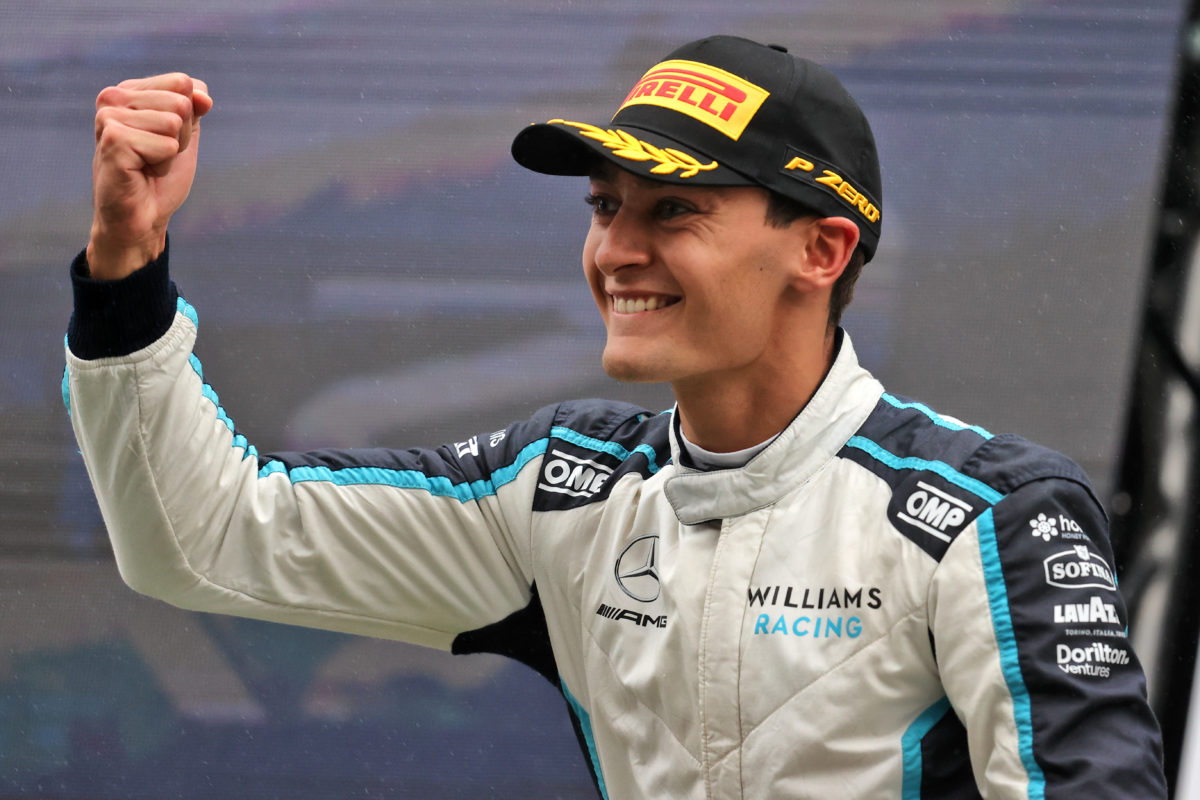 Mercedes has confirmed that George Russell will join Lewis Hamilton for the 2022 Formula 1 season.

In what was one of the worst kept secrets in F1, the Englishman joins the championship leading operation after three seasons with Williams.

The 23-year-old impressed when deputising for Hamilton at the Sakhir Grand Prix last season, with his value having only risen after a strong 2021 campaign to date.

That was highlighted by a second-place qualifying position for the Belgian Grand Prix in tricky wet conditions.

“It’s a special day for me personally and professionally, but also a day of mixed emotions,” said Russell.

“I’m excited and humbled to be joining Mercedes next year, which is a huge career step, but it also means I’ll be saying goodbye to my team-mates and friends at Williams.

“It has been an honour working alongside every member of the team, and an honour to represent the Williams name in F1.”

Russell replaces Bottas, the Finn having been confirmed as joining the Alfa Romeo Sauber operation on a multi-year contract.

Toto Wolff, Mercedes team principal and co-owner, added: “This hasn’t been an easy process or a straightforward decision for us.

“Valtteri has done a fantastic job over the past five seasons and he has made an essential contribution to our success and to our growth.

“Together with Lewis, he has built a benchmark partnership between two team-mates in the sport, and that has been a valuable weapon in our championship battles and pushed us to achieve unprecedented success.

“He would absolutely have deserved to stay with the team, and I am pleased that he has been able to choose an exciting challenge with Alfa next year to continue his career at the top level of the sport; when the time comes, he will leave us with huge goodwill from every single member of the team, and he will forever be part of the Mercedes family.

“Looking forward to 2022, we are very happy to confirm that George will have the opportunity to take the next step in his career and join Mercedes.

“He has been a winner in every racing category – and the past three seasons with Williams have given us a taste of what the future could hold for him in F1.

“Now, it is our challenge together to help him continue learning within our environment and alongside Lewis, the greatest F1 driver of all time.

“I am confident that as their relationship grows, they will form a strong team and deliver for Mercedes on and off the track in the years ahead.

“It’s a weight off our shoulders to have our plans for 2022 clear and announced; but now, our focus returns to the final nine races of this season and putting everything into our challenge for this year’s world championships.”