Hamilton: Russell would be ‘quite good’ as Mercedes team-mate

Hamilton: Russell would be ‘quite good’ as Mercedes team-mate 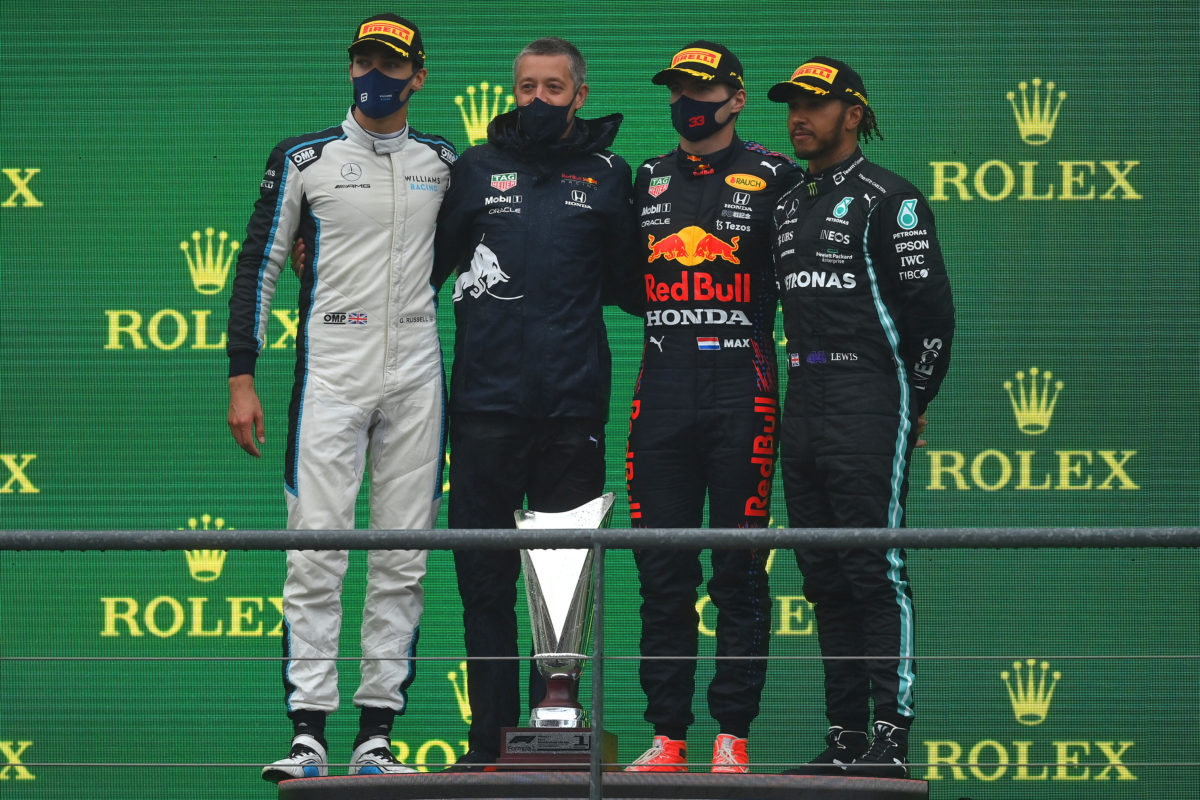 Russell on the Belgian GP podium with Hamilton and Max Verstappen

Lewis Hamilton believes the atmosphere within the Mercedes Formula 1 team wouldn’t become fractious should the squad sign George Russell for 2022.

The Williams driver is expected to be confirmed alongside the seven-time world champion in place of Valtteri Bottas, whose switch to Alfa Romeo was confirmed last night.

Bottas joined Mercedes in 2017 and has offered strong support to Hamilton throughout that period, finishing second in the title race to the Brit for the last two seasons.

His time at the team has brought with it a degree of harmony, in stark contrast to the atmosphere internally during the latter stages of Nico Rosberg’s tenure.

There were concerns that signing Russell, who many suggest is capable of winning the world championship in coming seasons, could see a return to those fractious days.

Hamilton, however, doesn’t think so and declared Russell would be a positive appointment to the team.

“I think he’ll be quite good,” the 36-year-old said when as about working with Russell as a team-mate.

“I honestly think it’ll be good. I think George is an incredibly talented driver.

“I would say probably the only highlight from [the Belgian Grand Prix] was his qualifying lap; it was amazing.

“I think he’s humble, I think he’s got a great approach, naturally being British I would imagine probably helps in terms of communication.”

Hamilton has been vocal in his support of Bottas, with his comments on the prospect of working with Russell the first suggestion of a change in rhetoric.

“At the moment naturally I have to be very, super supportive of the team-mate that I have right now, so that’s why I’m always supportive of Valtteri because we have a we have a job to do right now,” he explained.

“Neither of us can win the teams’ championship alone, we have to do it collectively.

“He’s the future, he’s one of the members of the future of the sport,” he added in reference to Russell.

“I think he’s already shown incredible driving so far and I’m sure he’s going to continue to grow – where better to do it than in a great team like this, or wherever, what team he goes to.”