Espargaro: Viñales will find Aprilia not ’10 steps back’ from Yamaha

Espargaro: Viñales will find Aprilia not ’10 steps back’ from Yamaha 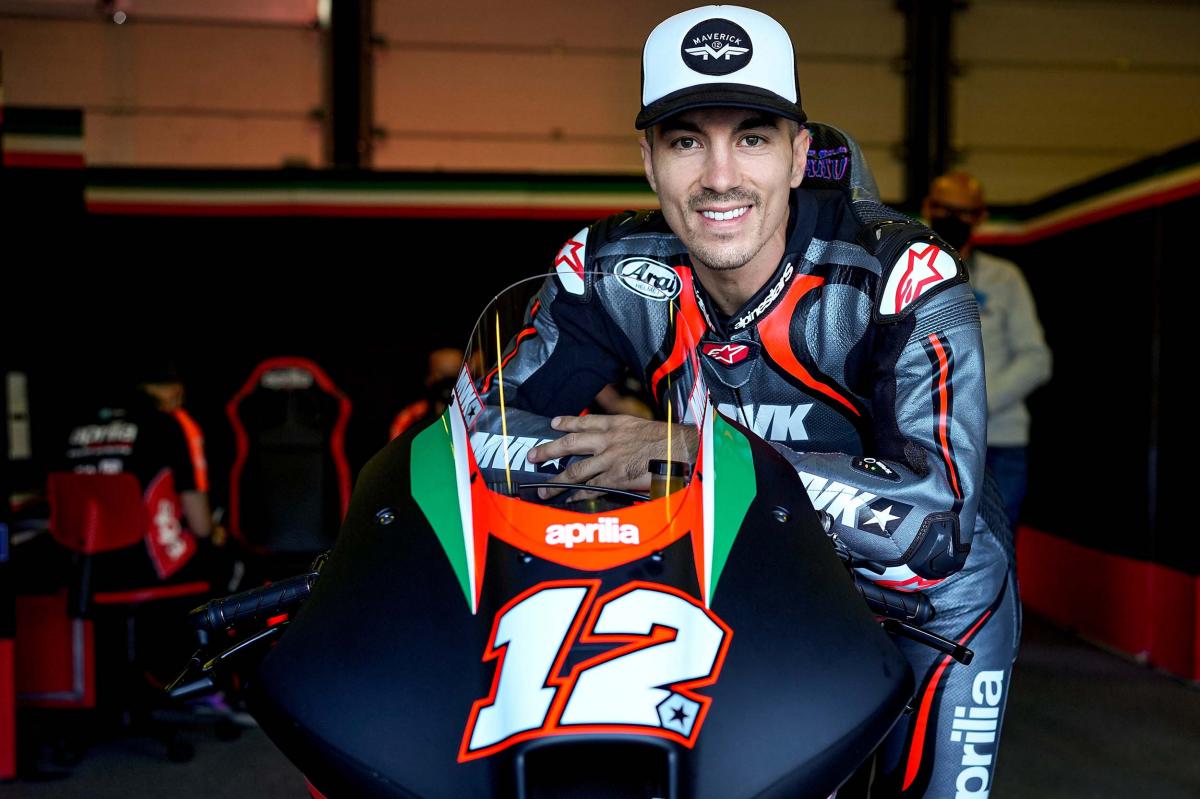 Aleix Espargaro is confident that new team-mate Maverick Viñales will find the Aprilia a competitive bike when he makes his first start on it this weekend at the Aragon MotoGP.

Espargaro gave the Noale manufacturer its first podium in the MotoGP era last time out at Silverstone, midway through its seventh year back in the premier class.

While Aprilia’s improvements had been apparent before that third placing in the British Grand Prix, there is no question that its bike is not as good as that of Yamaha right now.

Viñales won Round 1 of the season aboard one of the factory-entered M1s and although his form swung wildly from then until his explosive split from Yamaha, now former team-mate Fabio Quartararo is the runaway championship leader.

Espargaro nevertheless suggested ‘Top Gun’ should be buoyed by the gains which Aprilia has been making.

“If somebody at the beginning of the season told you that you will finish with Yamaha and go to Aprilia, you will say this is 10 steps back, but – obviously the way he finished with Yamaha is not nice – the Aprilia is a competitive bike,” said #41.

“We are still not on the level of the Yamaha, but we are on the way.

“I think Maverick will enjoy a lot riding the Aprilia. He will have to adapt because it’s completely another story from Yamaha, but as I showed [at Silverstone], the bike is on the way.”

Viñales has since undertaken two days of testing on the Aprilia, at Misano, after which he was extremely positive but admitted he needed to learn from his compatriot’s style of braking.

Now into his fifth season at Aprilia Racing Team Gresini, Espargaro has naturally had a major influence on the development of the RS-GP.

However, he insists that he has tried to help craft a good bike, rather than one which just suits him.

“One thing is clear. I never tried to adapt the bike to myself. That’s for sure,” said the 32-year-old.

“During these five years, I always tried to make the bike competitive. Obviously, I said to the engineers what I would like because I was the number one rider and the one who had to develop the bike.

“But I always tried to adapt myself to the bike, always trying to stress the bike on the very good points of the bike and trying to improve the weaknesses. This has been my job for these five years.”

Espargaro also paid tribute to the impact which Aprilia Racing CEO Massimo Rivola has made since taking up that role in 2019, and the investment made by the manufacturer.

“Since the arrival of Massimo, many things have changed in Noale, the way we work,” he added.

“Many engineers new have come. There is nothing free in this sport. You need to put money. You need to invest. This is what we did.

“The RS-GP21 is the highest on the stability side, due to the downforce. Also, the geometry. We changed a little bit also the balance by changing the engine position.

“So, many things have been done in these last two years. Now we are seeing the results, but this is a consequence of many small things that you have to change during the years.”

Viñales and Espargaro were also team-mates at Suzuki in 2015 and 2016.

Their first round together in the Aprilia Gresini garage begins this Friday.