Whincup sees similarities between himself and Feeney

Whincup sees similarities between himself and Feeney

Sixteen years ago, Whincup was in those very shoes, standing roughly 1km down the road in a new Triple Eight/Betta Electrical shirt.

Just like Feeney, Whincup was something of a bold, relatively unproven choice.

Now with Feeney to take over his position as Shane van Gisbergen’s team-mate, Whincup is reminded of himself.

“He’s 18 years old, still living at home, doesn’t have anything else going on but just wants to get in a race car and drive it fast, which is exactly the same as me 15 years ago,” Whincup said.

“There’s a massive amount of similarities. His whole life is about trying to drive this race car fast.

“If I can do that, if I can provide an environment where he can get the most out of himself, then he is absolutely going to show the world what he is capable of.”

Whincup’s own journey to winning a record seven Supercars titles indicates expectations should be kept in check for Feeney’s first season at Triple Eight. 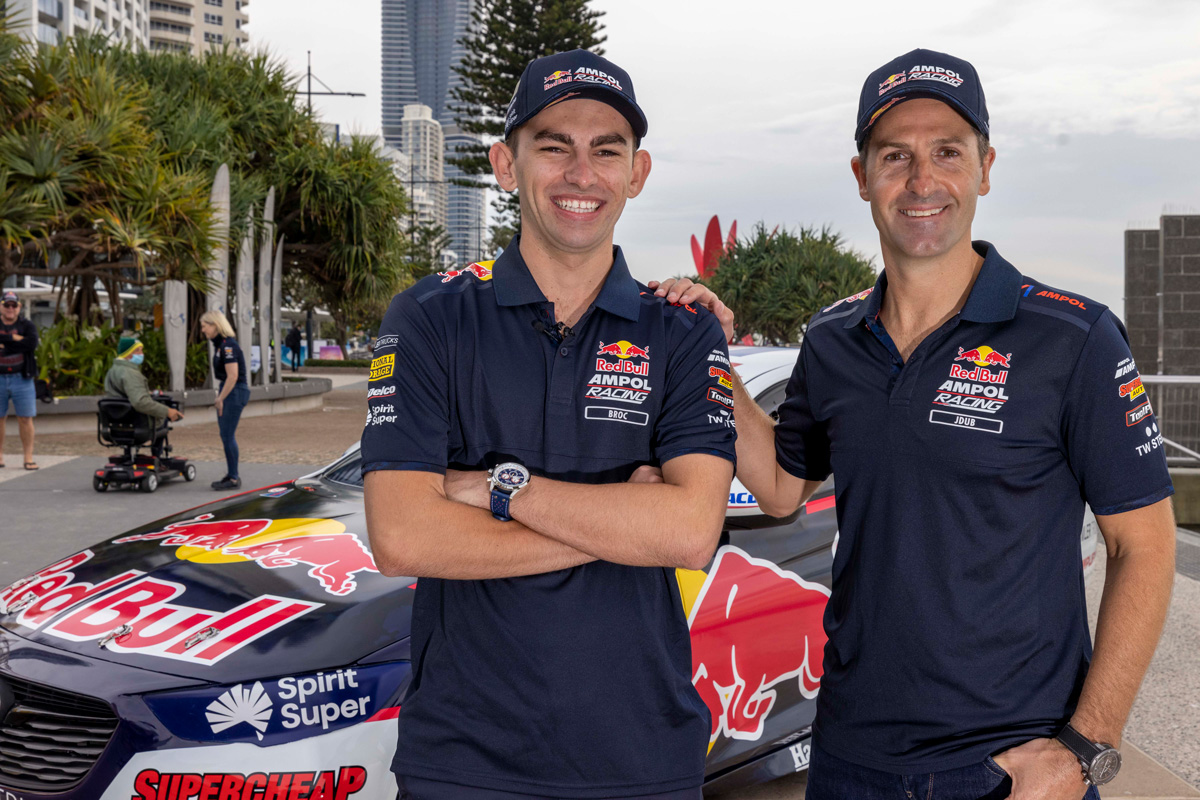 Whincup showed flashes of brilliance in 2006, leaving the season-opening Adelaide 500 with the championship lead, only to end the year 10th while team-mate Craig Lowndes came within a whisker of the title.

But the very next year Whincup himself was a championship contender – a status he’s almost always carried since.

“I don’t want to put any numbers or expectations on him, I don’t want to give the kid any more pressure than what he is already putting on himself,” he said of Feeney.

“But the reality is, and I’ve been quite vocal to all the team owners, in making sure if you are going to give a young kid an opportunity, please give them at least a couple of years.

“The first year is about learning the car, learning the tracks, learning your opposition as well, so of course no doubt we’ll see some inspiration next year with Broc but it does take a couple of years to get on a run.

“We’re going to make sure we provide him enough time for him to show his skills.”

To assist with that learning phase, van Gisbergen will be tasked with increased responsibility on the car development front.

“Shane is going to have to take on my role in making sure that the cars keep evolving, keep moving forward, and he has already been sharing 50 percent of that load so he’ll be fine,” said Whincup.

“Broc’s time will be spent driving the car and trying to get the most out of the current package and certainly Shane now has got 100 percent responsibility in improving the package and making sure it is still the quickest car in pit lane in the next coming years.”