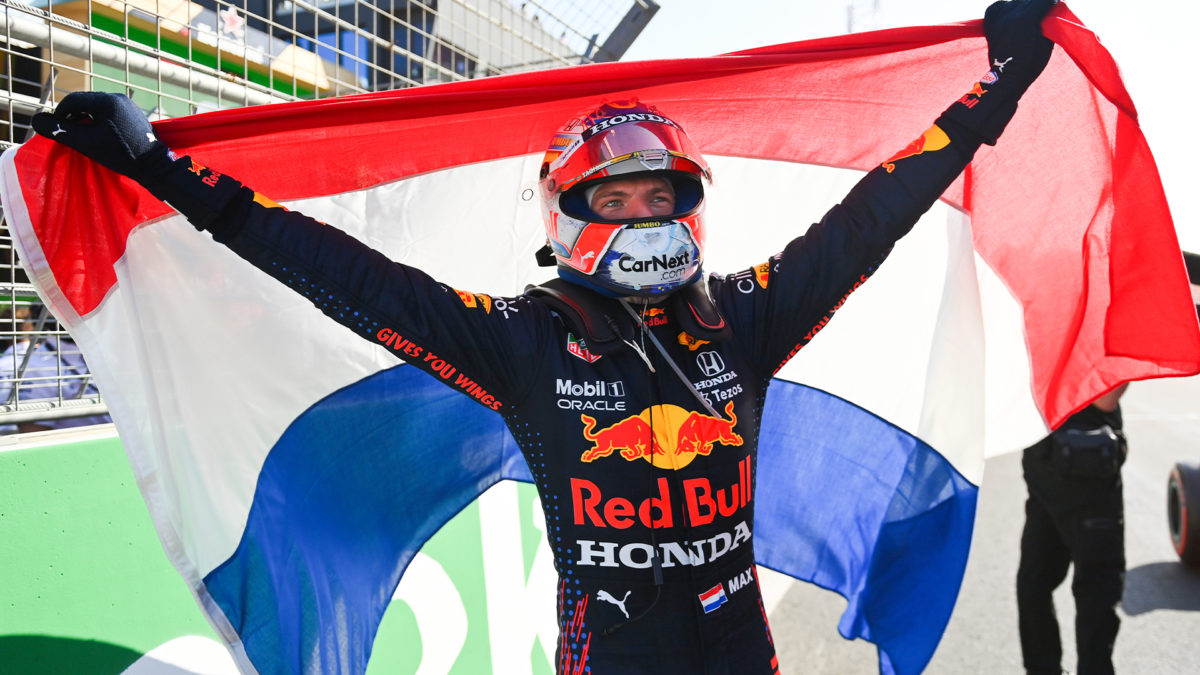 Max Verstappen has labelled his victory in the Formula 1 Dutch Grand Prix as “incredible” after seeing off the challenge from Mercedes.

At the flag he held a 20.9s advantage over Lewis Hamilton, a gap exaggerated by the penultimate lap stop by the seven-time champ for fresh tyres.

Such was the pace of the leading three that fourth placed Pierre Gasly was a lap down at the finish.

“It’s just incredible because the expectations were very high going into the weekend and it’s never easy to fulfil that,” Verstappen said.

“I’m, of course, so happy to win here, to take the lead as well in the championship, it’s just an amazing day with just the whole crowd. It’s incredible.”

Verstappen now holds a three-point advantage in the drivers’ fight over Hamilton, having trailed the Brit by that margin heading into the weekend.

The Dutchman had been favourite for the race win throughout the weekend, showing strong form through practice before taking pole in qualifying despite mistakes on his fastest lap.

With overtaking difficult around the narrow Zandvoort circuit, the race itself was expected to become a strategic battle, with Mercedes holding two cards in its hand versus Red Bull’s one.

It duly split its strategies, boxing Hamilton early to force Red Bull to react while leaving Valtteri Bottas on track.

With fresher tyres, Verstappen quickly caught the Finn, who was unable to offer much resistance.

Later in the race, Mercedes was shaping up to repeat the move, only to pit Hamilton at the wrong time, sending him back out in traffic and allowing Red Bull off the hook.

From there, Verstappen was never seriously challenged as he became the first Dutch driver to win his home event in world championship history.

“I’d say definitely a very good day,” he said when asked if it was the perfect race,” he said.

“I mean, [the] start was very important, I think we did that well.

“Then Mercedes tried to make it very difficult for us, but we countered them all the time really well.

“We can be really pleased with the whole team performance today.”

While Verstappen has moved into the lead of the drivers’ championship, Red Bull now trails Mercedes by 12 points in the constructors’ battle.