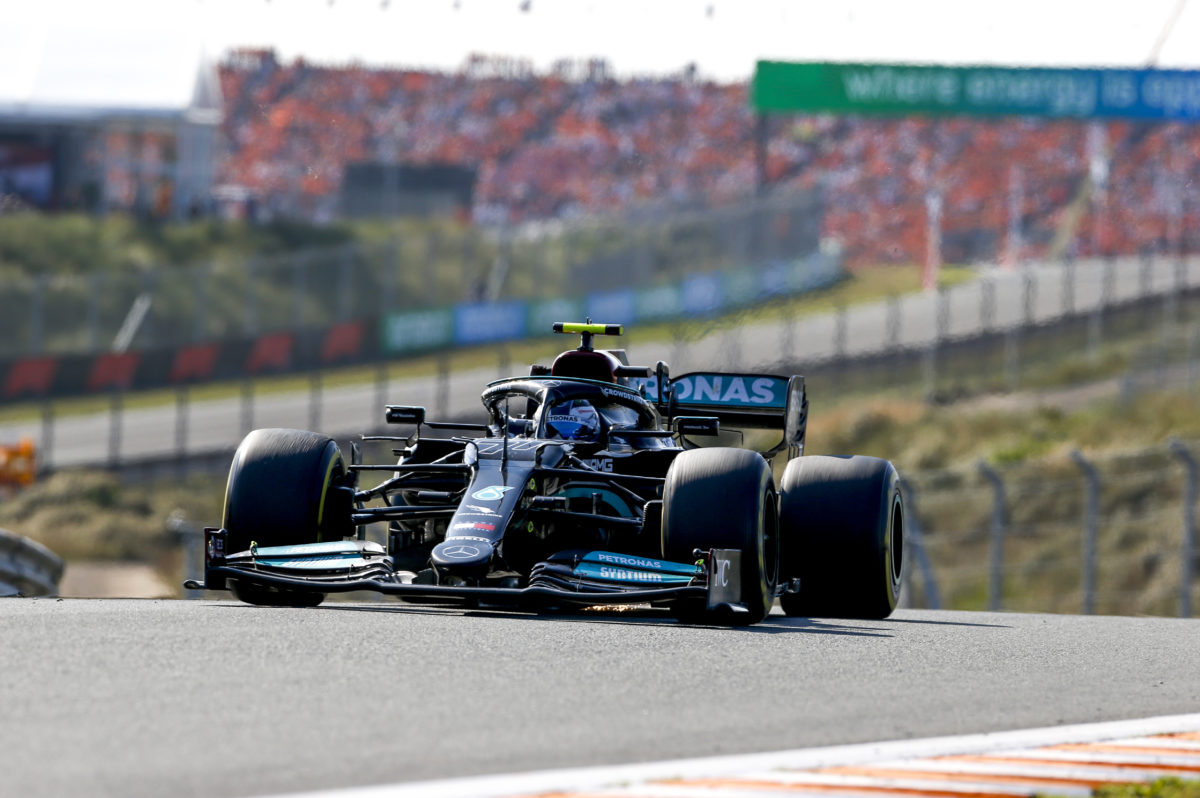 Valtteri Bottas has rejected suggestions he defied team orders when he set the fastest lap of the Formula 1 Dutch Grand Prix late in the race.

Running a lonely third place behind Max Verstappen and Lewis Hamilton, Bottas pitted for a second time on Lap 67.

With a set of scrubbed soft tyres fitted, the Finn promptly set the timing screens alight in the first two sectors.

It was enough for James Vowles, Mercedes’ strategist, to radio Bottas instructing him to abort the fastest lap attempt given championship leader Hamilton held the bonus point at the time.

He duly complied, of sorts, slowing in the final sector but not enough to stop him claiming fastest lap.

As he began Lap 71, Hamilton stopped for the third time to have a set of soft compound tyres fitted ahead of his own attempt to claim the bonus point.

His efforts were successful, meaning he now trails Verstappen in the championship by only three points instead of four.

Questioned about the late stop and fastest lap after the race, Bottas moved to downplay the situation.

“There was quite a big gap ahead, a big gap behind, so for safety reasons it was good thing to stop,” he said.

“I think I could have made it to the end much faster than then by stopping, but in the end [the] position was the same, so it was [the] safer option to stop at the end.”

The Finn admitted that he first thought the intent was for him to go after fastest lap, only to be informed otherwise.

“I thought initially we would stop for the fastest lap, but then also Lewis had the gap, so then Lewis stopped.

“I mean, I was pushing on the first lap, sector one-two like flat out, and then they started asking me to slow down at the end of the lap.”

Asked for his thoughts, Hamilton claimed to have been unaware of the fact his team-mate had stopped.

“But it doesn’t really matter. I mean, if Valtteri got it, that would’ve been fine.

“At the end of the day, we needed to get the fastest lap maximum, [and score] as many points we can as a team.

“So if Valtteri gets it or I get it, [it] doesn’t really make a huge difference.

“But I didn’t even know that Valtteri had stopped, I was completely unaware of that.

“I needed that extra point, so I did.”

It is expected that Bottas will be confirmed as leaving the team for 2022 in the coming week, with Alfa Romeo his most likely destination.