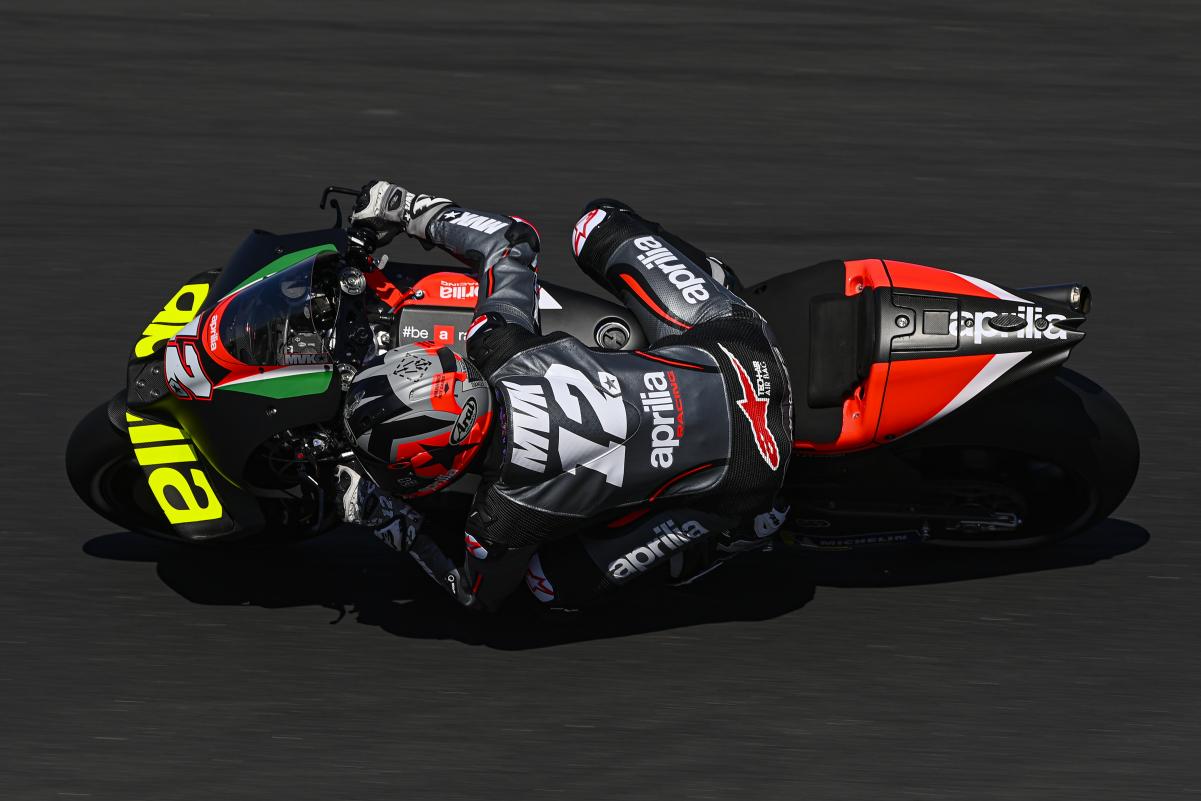 Maverick Viñales says he needed only three runs on an Aprilia in testing to want to race it as soon as possible.

Viñales is set to contest the remaining six races of the 2021 MotoGP season with Aprilia Racing Team Gresini, following the termination of his contract with Yamaha.

The Spaniard had already been set to ride for the Noale manufacturer in 2022, although there had been talk that he might make an even earlier start in light of being freed of his obligations to Yamaha.

So it was, after a two-day test at Misano, that it was announced that ‘Top Gun’ will race on an RS-GP from next weekend’s Aragon Grand Prix.

According to Viñales, competing this year despite his unfamiliarity with the bike is better preparation for next year than more testing, and he did not take long to decide on that.

However, he is mindful that he will also have to tap into the experience of Aprilia incumbent Aleix Espargaro.

“I thought it was the best way to prepare for 2022,” explained Viñales.

“Maybe I’m not ready yet, I still don’t feel like one with the bike. I was used to riding a completely different bike, but I think I will understand the bike even better at Aragon.

“Being with Aleix will also help me because he is fast and I will be able to quickly learn how this bike works.

“I feel strong, very strong, and this is the really positive thing.

“I decided to race after my third run; I realised that I wanted immediately to race.”

The nine-time MotoGP race winner had initially been suspended indefinitely for apparently attempting to damage the engine in his M1 in the Michelin Grand Prix of Styria.

Yamaha had already granted Viñales an early release from what had been a two-year contract covering the 2021 and 2022 seasons, but could have still blocked him from riding for a rival manufacturer before the former was out.

The 26-year-old thinks that being freed to test and race for Aprilia was the “correct” thing for both he and his now former employer.

Not only does Aprilia get Viñales onto one of its bikes earlier, but Yamaha can give Franco Morbidelli an early call-up to its factory team, with Andrea Dovizioso likely to return to racing in the vacancy created at SRT by that move.

“I expected to have to wait until November to ride a bike again,” said Viñales.

“But this opportunity is fantastic, and Aprilia gave it to me.

“It was correct on my part and on Yamaha’s; we all have an advantage because we can learn first to our future.”

Aprilia’s future prospects are bright after Espargaro notched up its first podium in the MotoGP era, last weekend at Silverstone, a point noted by Viñales.

“Here, all the guys have worked hard and the team looks really strong,” he added.

“They come from a podium; it’s the best time to join this team.

“Aleix and Lorenzo [Savadori, who Viñales replaces] did a good job and the bike is at a very high level.

“The bike works well; I was surprised to be able to adapt so quickly.”

Viñales also said that the Misano test was “probably the happiest I’ve been on a MotoGP bike all my life,” having grown increasingly frustrated at Yamaha.

As for the rider whose seat he takes at Aprilia, Savadori is set to undertake wildcard starts once he has recovered further from surgery on a broken ankle bone.