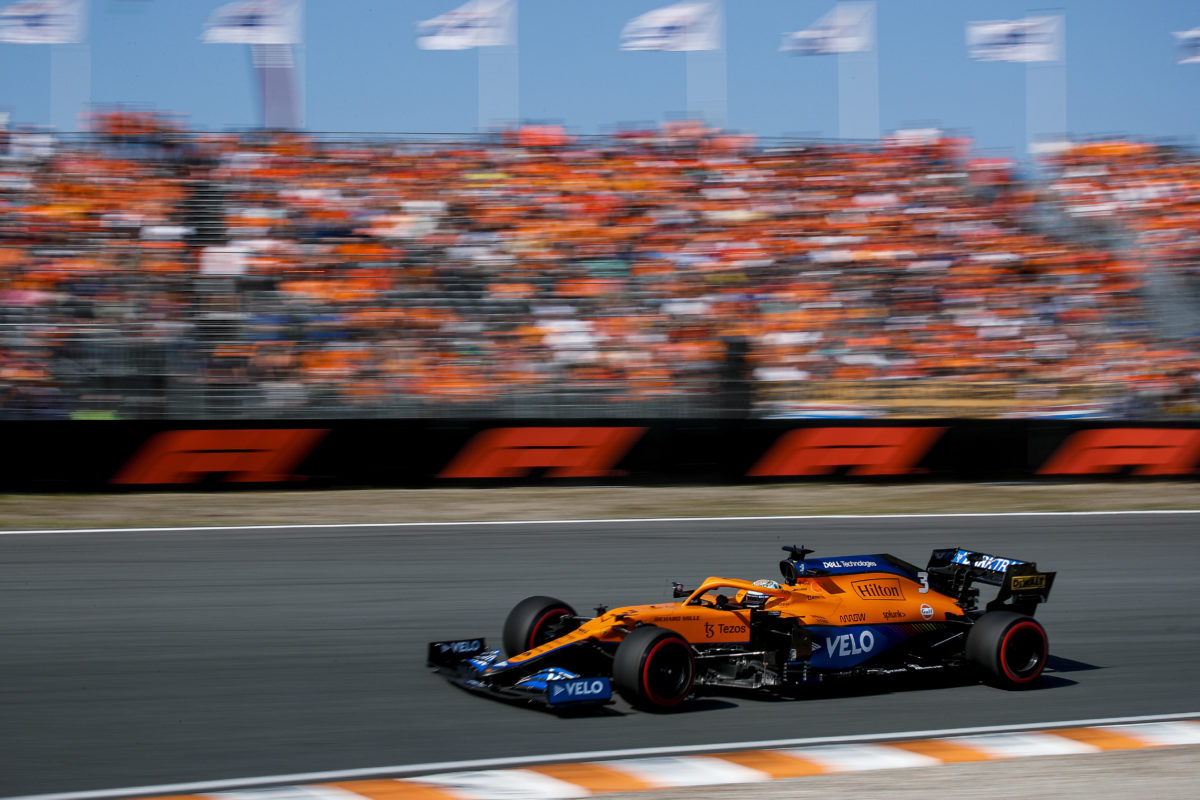 Daniel Ricciardo has been left scratching his head after his final flying lap in qualifying for the Formula 1 Dutch Grand Prix proved slower than he’d managed earlier in the session.

The Australian will line up 10th for Sunday’s race, two spots ahead of team-mate Lando Norris after a difficult session for the Woking squad.

Norris confessed he wasn’t surprised to have missed the cut for Qualifying 3, while Ricciardo reported a general loss of grip in the final segment of the session.

“We’re just have a look now on the data, trying to figure that out,” he said when asked by Speedcafe.com why his final flying lap was slower than his Q2 effort.

“It felt like it already started to get away from me in Turn 1.

“In a nutshell, I just felt like I’d lost a bit of grip in Q3, so we’re trying to figure out why.

“We were looking in good shape for Q3 but it just kind of all came a bit undone,” he added.

“It wasn’t a mistake heavy lap, it was just a constant loss from Turn 1 through the rest of the lap, just like a bit of a lack of grip.

“We’re trying to understand why that was.”

“I think compared to 90 percent of the people in Q3, they were definitely quicker,” the Brit observed.

“It was just very close and very tight with everyone.

“Even the Williams, if they didn’t make their mistakes, they probably would have been extremely quick as well.”

Compounding the issue is that both Ferraris qualified ahead of the McLaren duo, with Charles Leclerc fifth and Carlos Sainz sixth.

The two teams are locked in battle for third in the constructors’ championship, a tussle which McLaren currently holds the advantage in owing to the Belgian Grand Prix a week ago.

“They did a good job [and] have a strong car here.

“A lot can happen tomorrow, and we definitely don’t give up yet,” he added.

“So, we’ll try to analyse the data now and prepare the best possible way for the race tomorrow, together with our two drivers.

“Then, wake up in the morning with a clear objective to move forward.”

The Dutch Grand Prix gets underway at 23:00 AEST tonight.