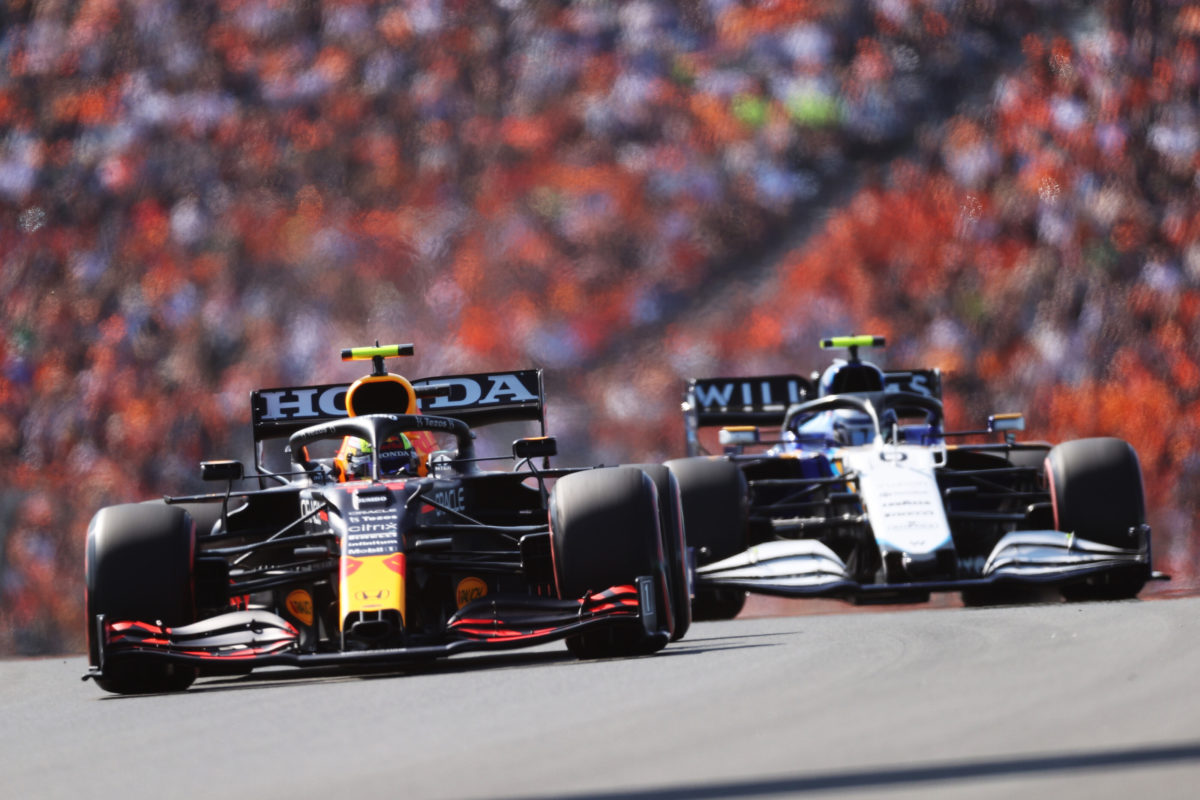 The Mexican was a high-profile victim of qualifying on Saturday after he missed the opportunity to complete a final flying in Qualifying 1 by a matter of seconds.

Set to start the race from 16th, and already likely to take an engine penalty later in the year courtesy of his retirement from the Hungarian Grand Prix, Red Bull has bitten the bullet this weekend.

A report from the FIA Formula 1 technical delegate noted the power unit change and referred the matter to the stewards, as is protocol.

“After the qualifying session the ICE (internal combustion engine) of car number 11, driver Sergio Perez, was replaced for a new one,” the report stated.

“As this is the fourth of the three new ICE allowed for the 2021 Championship season, it is not in conformity with Article 23.2a of the 2021 Formula One Sporting Regulations and I am referring this to the stewards for their consideration.”

A raft of other components were also changed on Perez’s car, including the turbo charger, MGU-H, MGU-K, control electronics, and energy store.

It is the latter component which will result in the pit lane start.

“The part has been replaced with the approval of the FIA technical delegate following a written request from the team concerned, this being in accordance with Article 34.2 of the 2021 Formula One Sporting Regulations,” technical delegate Jo Bauer noted.

“But as the above part is different from the one originally used and also changes have been made to the set up of the car (with the approval of the FIA technical delegate following a written request), car number 11 should now be required to start from the pit lane according to Article 34.8b of the 2021 Formula One Sporting Regulations.”

Perez will be joined in pit lane by Nicholas Latifi, the Canadian having a new gearbox and front wing assembly fitted to his Williams following a heavy qualifying crash.

While the gearbox only nets a grid penalty, a different spec of front wing will mean the FW43B also takes the start from the pit lane.