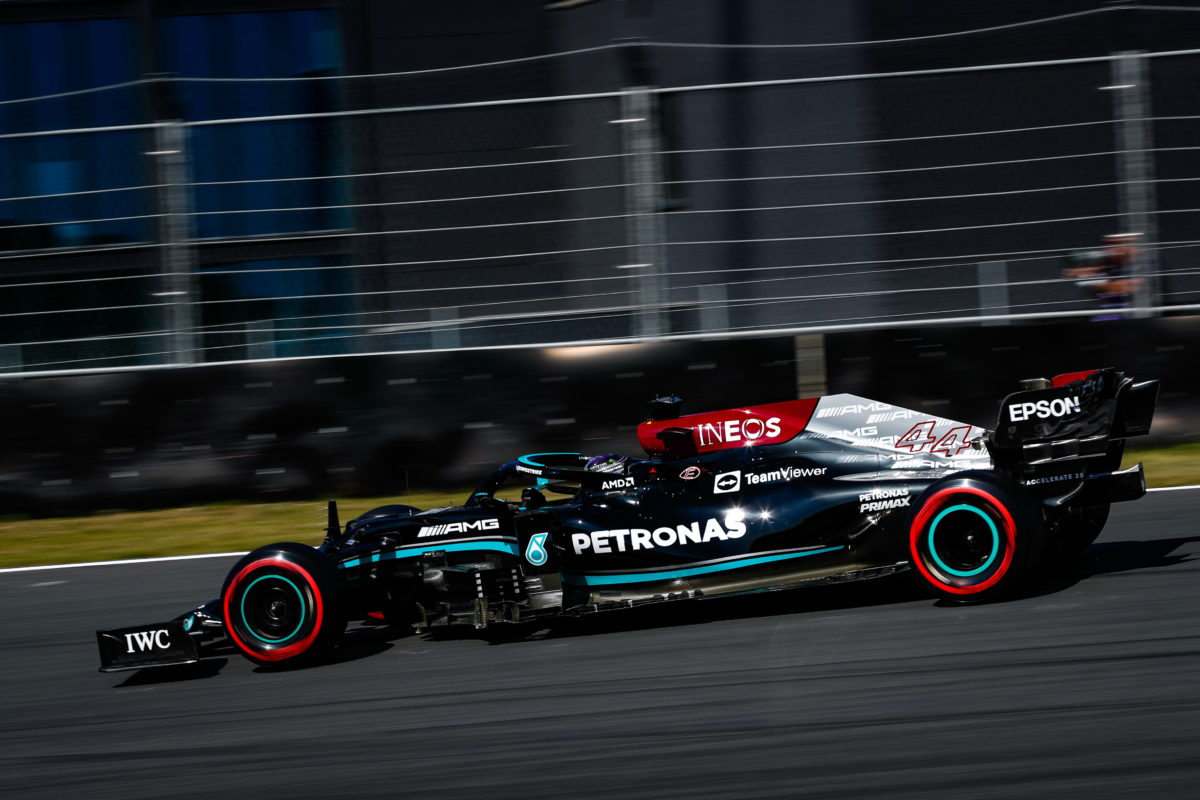 The pair were split by less than 0.04s in qualifying, though it was subsequently revealed that Verstappen struck dramas on his fastest lap.

While Hamilton’s session was cleaner, his preparation for Sunday was interrupted in Free Practice 2 when he only managed three laps before an issue with his power unit forced him to stop on track.

The lost running has meant the Englishman has been unable to take in any long runs during the build-up to Sunday’s race, making it a step into the known for the championship leader.

“I haven’t done any long running, so I don’t really know too much of what the track’s like with heavy fuel,” he said after qualifying.

“No doubt it’s going to be tough tomorrow.

“I think Max and his and his team were quicker than us, I think, on the long run.

“It’s not a track you can particularly overtake in, so it’s going to be strategy tomorrow and how you can utilise the tyres.”

With Hamilton sidelined for much of Friday afternoon, Valtteri Bottas was charged with working through the Mercedes’ programme.

“For sure, it’s not going to be easy to challenge them, but of course we try.

“And we will have two cars against one of them, so that’s always good news,” he added.

“There will be opportunities and strategy wise.

“I don’t know if it’s going to be one or two stops, so anything is still possible.”

Red Bull’s second car, driven by Sergio Perez, will start from 15th after he missed the cut in Qualifying 1.

The Mexican was caught up in a train of cars preparing to start their laps, the chequered flag falling scarcely a second before he began what would have been his final flying lap in the session.

While Perez is unlikely to play much of a role as a result, the presence of Pierre Gasly in fourth for AlphaTauri does offer a glimmer of hope.

The Frenchman, while not under the control of the senior Red Bull team, has shown strong pace and could be a thorn in Mercedes’ side when it comes to strategic calls, should he have the pace to remain within touching distance of the leaders.

Building a gap early such that the AlphaTauri does not become a factor for Mercedes will therefore be a priority.

While Verstappen will look to run and hide out front, should he not be able to, managing the race pace in the early stages could be the next best option for the Dutchman.