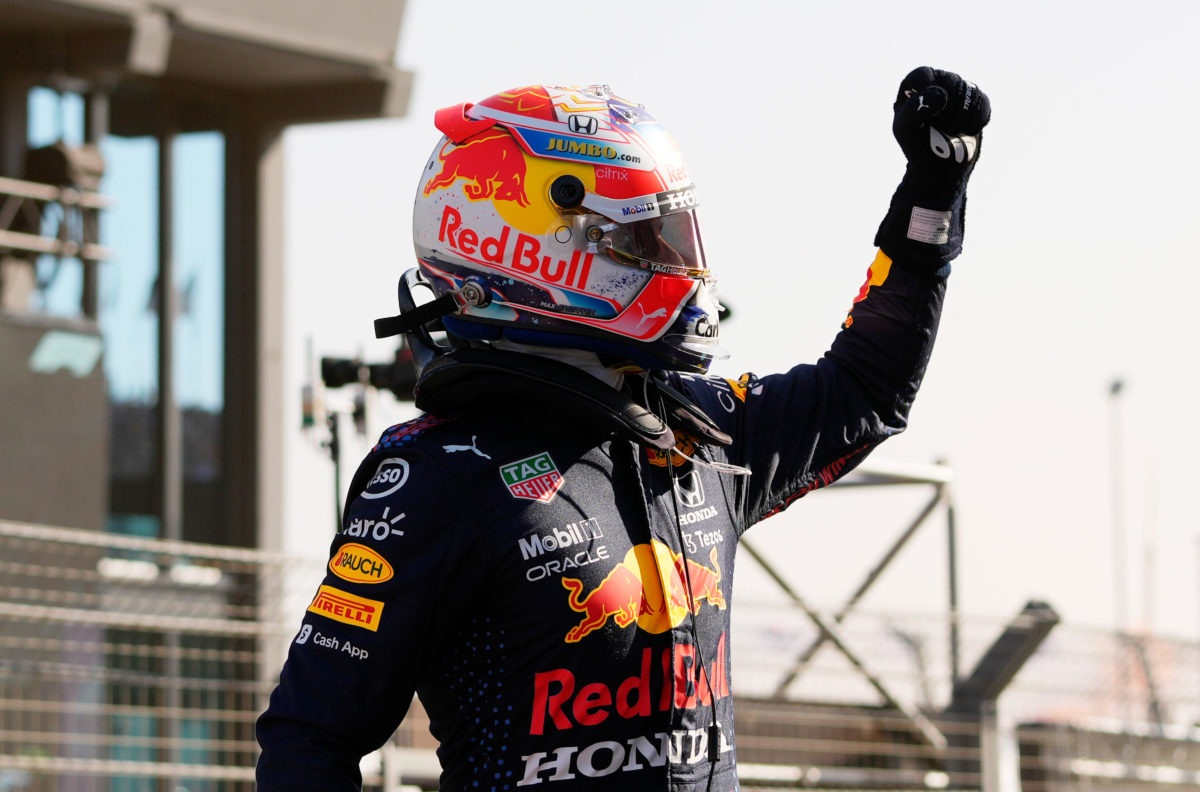 A double-upshift at the end of qualifying almost cost Max Verstappen pole position for the Formula 1 Dutch Grand Prix.

The Red Bull driver claimed pole by just 0.038s over Lewis Hamilton but suggested there was more time in his RB16B.

Verstappen crossed the line at the end of his flying lap without his DRS activated, which team boss Christian Horner claimed cost him more than a tenth of a second.

However, it was not the only issue on his hot lap.

“For me the problems started earlier,” Verstappen explained.

“Out of Turn 3 is quite bumpy and I had a double shift.

“I was two tenths up on my lap and then I lost like one and a half tenths all the way to Turn 7, and then you also use more energy because you’re a gear higher, so I de-rated as well.”

Having set a 1:08.885s lap, Verstappen’s assertion suggests a sub-1:08.5 was possible, a time that would have left him some four tenths clear of Hamilton.

Nonetheless, with his sixth pole in seven races secured, the Dutchman now faces of the prospect of having to deal with two Mercedes nipping at his heels during the race.

Verstappen’s Red Bull team-mate, Sergio Perez, was eliminated from the opening phase of qualifying after he missed the chance to set a final flying lap by little more than a second.

As such, the Mexican will start from 16th on a circuit where overtaking is expected to be at a premium.

Without Perez’s support at the front of the race, it affords Mercedes the opportunity to call the shots strategically.

However, the race itself remains the great unknown, with every F1 session across the weekend having been interrupted by red flags.

At 72 laps, and with a circuit that is both physically demanding and uncompromising when it comes to mistakes, there’s a strong chance the Safety Car could skittle the pack.

Tyre degradation will also be a factor, with the front-left in particular being punished.

“It’s still very difficult to pass around here,” Verstappen said when asked how important pole position will be for Sunday’s race.

“But also, it’s quite tough on tyres around here with all the high-speed corners, so it’s not a very straightforward race.

“There are a lot of laps around here but of course it’s important to be up front.”

The 72-lap Dutch Grand Prix gets underway at 23:00 AEST tonight.