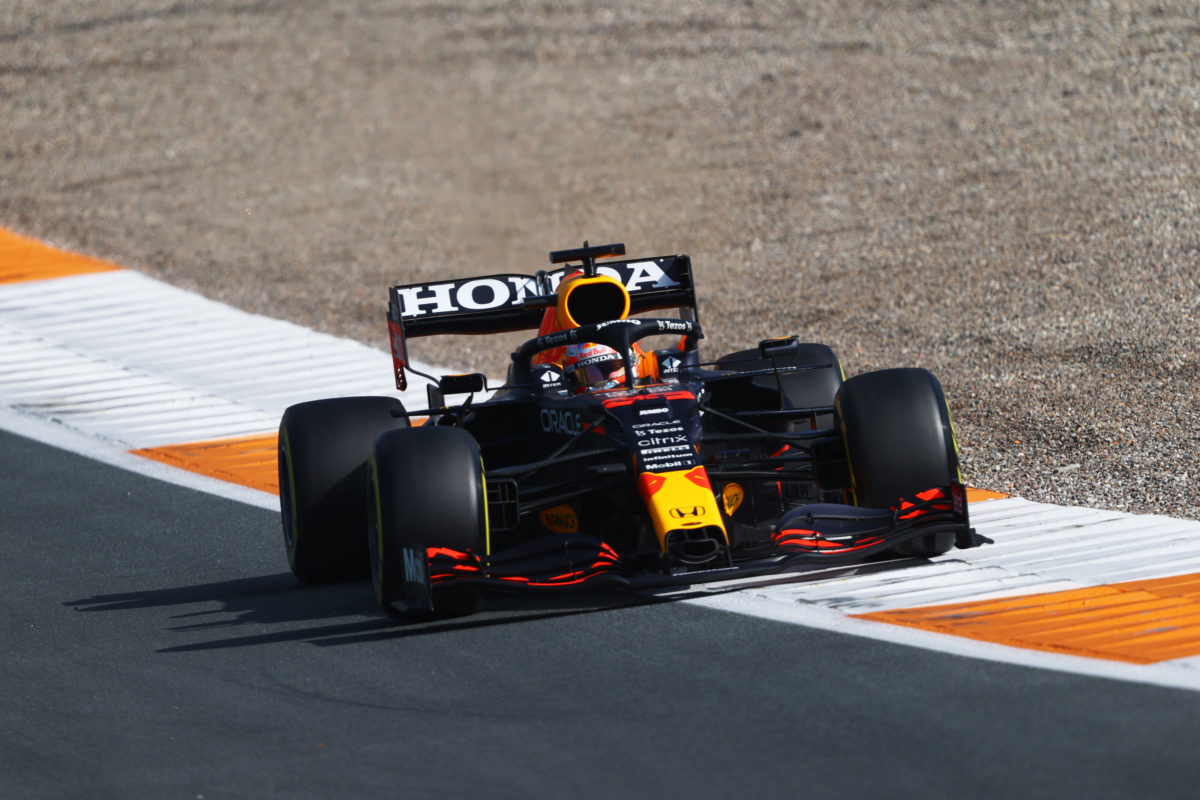 Max Verstappen has escaped punishment after he was summoned to the stewards for overtaking under red flags during practice for the Formula 1 Dutch Grand Prix.

The Red Bull driver was seen to pass Lance Stroll as the session was suspended after Nikita Mazepin lost control at Turn 11.

Not looked into at the time, on Saturday morning stewards issued a summons to Red Bull over the incident.

It was subsequently found that there was no breach, and that Verstappen had made all reasonable efforts to slow in accordance with the regulations.

“The Race Management System indicates that the red flag and red lights were initiated at 15:10:12. When VER passed Light Panel 14 (which is prior to the point of the overtake) it was not illuminated,” the stewards’ report stated.

“As VER approached the rear of the car (within a few metres) of STR, the red light on VER’s steering wheel activated. At this point VER’s speed was 260 km/h and STR’s was 110km/h, a delta of 150 km/h.

“At this point, telemetry shows that VER immediately lifted and braked. Because of the speed delta, VER’s momentum carried him past STR. Simultaneously the Light Panel 15 (showing red) became visible to VER. At approximately 15:10:17 the team radioed VER ‘Red Flag’.

“It is our conclusion that the driver of Car 33 took every reasonable action to comply with the regulations in that he immediately reduced speed in a safe manner at the earliest opportunity upon the first indication of the red flag, even before a red flag or red light panel was visible to him, and that this satisfies the requirements of the Code (Art 2.5.4.1 b of Appendix H of the International Sporting Code).”