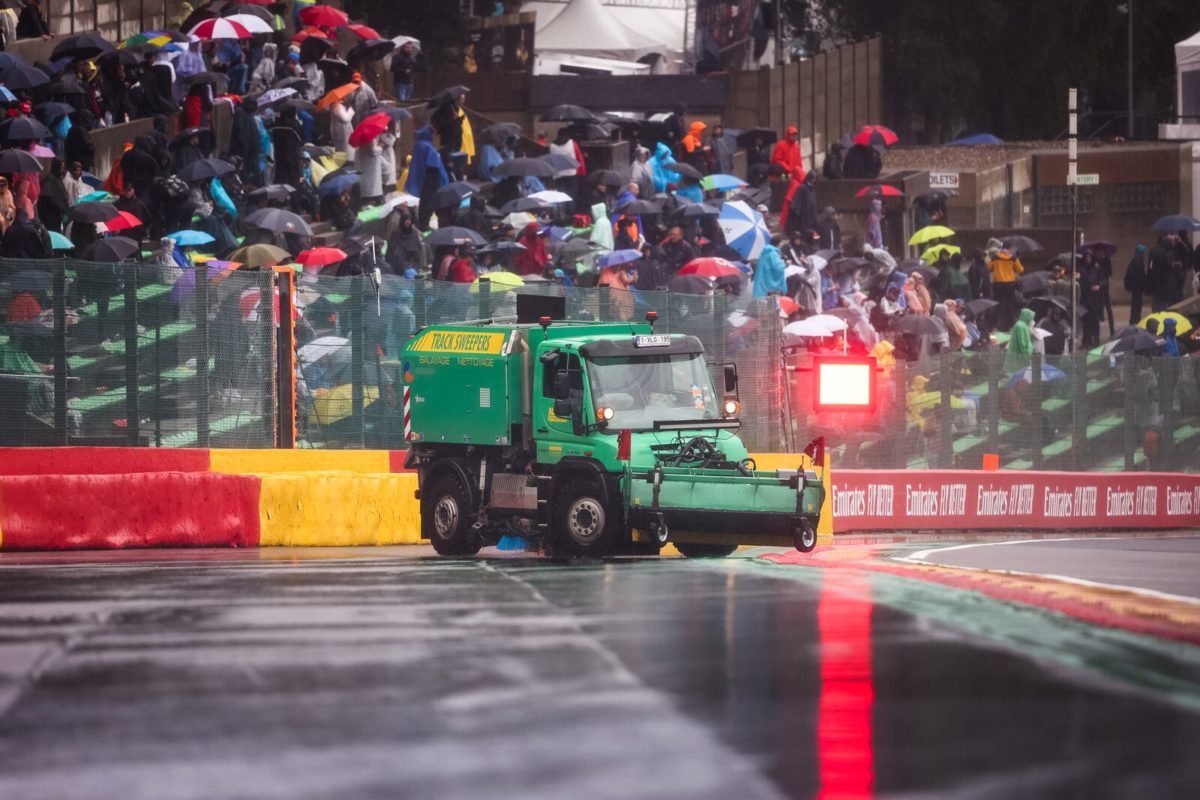 The Belgian GP was washed out after two laps

The washed-out affair has seen F1 come under fire for the treatment of fans, who for the most part sat exposed to the elements throughout a three-hour rain delay last Sunday.

Their patience was rewarded with just two laps of ‘racing’, though the field was never released from behind the Safety Car.

Lewis Hamilton has responded by offering a gift to those who attended the event, with the sport itself is now looking to address the issue.

“We’re going to be discussing it today, so hopefully, we’ll have some clarity on what we’re going to do,” said McLaren CEO Zak Brown.

“I know some people want to close the chapter. I think it’s still unresolved, specifically for the for the fans.”

There are differing views among teams on whether points should be awarded, among other topics, though Brown is keen to see the issues surrounding the paying public dealt with as a priority.

“I think we need to compensate them,” he opined.

“That compensation can take the form of racing later [in the year], [a] double-header next year, moving testing there, and giving those fans access.

“If we can’t give them some sort of show that they paid for, then then ultimately [we should offer] other forms of compensation.”

Formula 1 has confirmed that it is working with the Belgian race promoter on the issue, though it’s unclear how the sport itself will be involved.

The F1 Commission is set to meet next month to discuss the fall out of the event from a regulatory standpoint.

Should the sport itself contribute to reimbursing fans it raises the question of the knock-on affect to teams, who derive bonus payments from the commercial rights holder based on its earnings.

Paying a sum to fans would logically decrease profits, which in turn would impact teams.

“From a McLaren perspective, I’m prepared to have our team share our portion of responsibility because I think we’re all custodians of the sport,” Brown reasoned.

“All the teams, the FIA, Formula 1, they have an obligation to make sure we take care of our fans.”

Brown hopes the matter can be resolved by next week, conscious of the fact that allowing it to drag on decreases the likelihood of meaningful action being taken.

“I’d like to think we could resolve it next week,” Brown said when asked by Speedcafe.com about a timeframe for resolution.

“I think this is one of those situations where I’d like to think we’ll all feed in or views this weekend and then Formula One, our leader, takes that feedback and then ultimately makes the decision.

“I can’t think of why I wouldn’t support whatever decision Stefano [Domenicali, F1 CEO] comes up with, for the for the sport.

“And as I said earlier, I’m happy to pay our pro-rated share of contribution, whether that’s expenses going racing again, or financial contribution.”