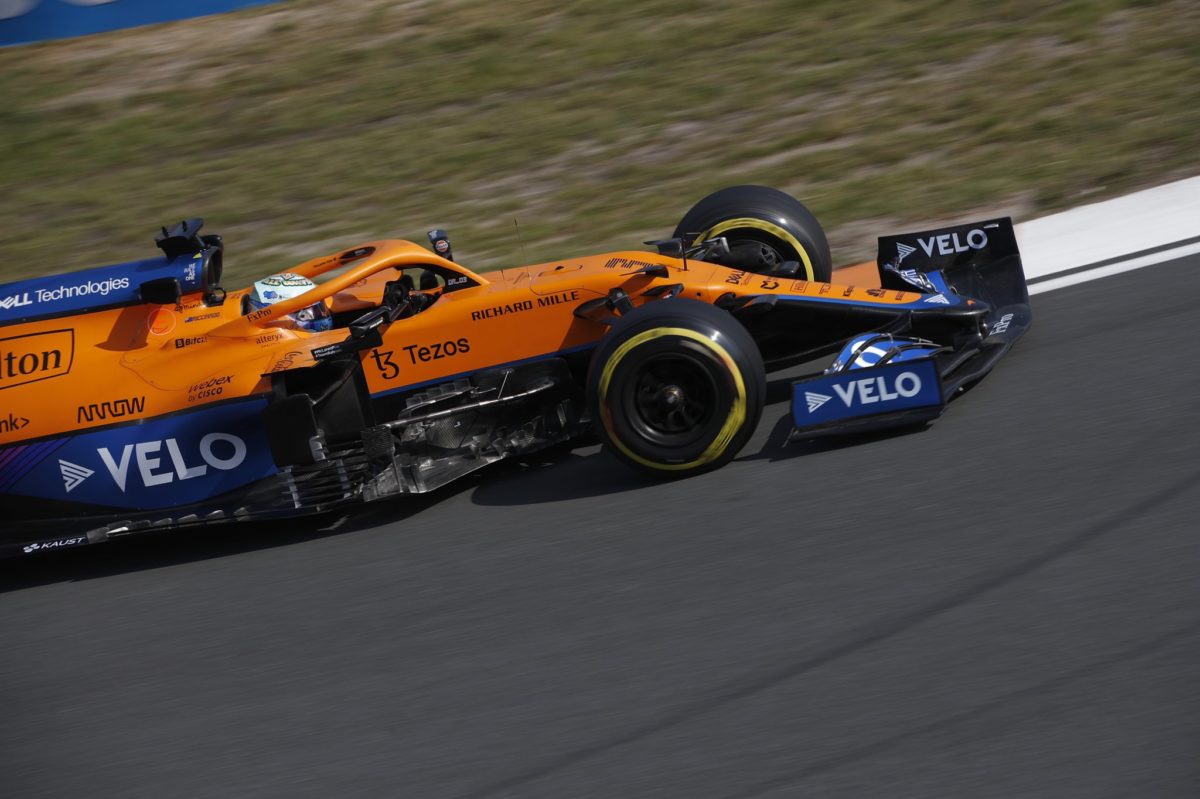 Daniel Ricciardo has likened the banking on parts of the Zandvoort circuit to a motocross track after the opening day of running at the Formula 1 Dutch Grand Prix.

Heavy banking features at Hugenholzbocht and Arie Luyendijk Bocht – Turns 3 and 14 respectively – with angles as high as 19 degrees.

At Hugenholz, that has seen drivers experiment with lines as they look to get a run out of the left-hand hairpin and onto the fast, sweeping section which follows.

“I tried a few, like low, medium, [and] high, but I saw some tried super high, like on the Aramco painting,” Ricciardo told select media, including Speedcafe.com, of his experience of the corner.

“I didn’t get that high, but it is cool.

“I follow motocross a lot, dirt bike racing, and the way the corners are shaped… It’s really cool to have a corner with so many different lines.”

The Australian suggested that, like in motocross, finding the ideal line through the corner is as much about personal preference as it is about what suits the car.

“It’s not always the conventional line; sometimes you go high and you get the banking and it allows more momentum.

“So it’s what you like, what you prefer and how the car feels.

“I like having these options, and it’s a cool corner.”

Ricciardo ended the day with the 15th fastest time in Free Practice 2, 1.2s away from the pace set by Ferrari’s Charles Leclerc.

He’d been nearly 1.6s away after the opening practice, logging 43 laps between the two sessions.

“This morning I was relatively comfortable, this afternoon not so,” he said.

“We tried some things on the car that, in hindsight, I don’t think were the right direction.

“But, that’s what free practice is for. It made FP2 a little more tricky, but we’ll go back and learn from that.

“I think we’ll still be in good shape tomorrow, but today we were just a little bit off in FP2.”

Across the garage, team-mate Lando Norris hardly fared better in opening practice to finish just 11th fastest, though did improve in the afternoon.

He ended proceedings eighth quickest, just under 0.6s away from the ultimate pace.

Practice continues on Friday prior to qualifying, track action resuming at 20:00 AEST.