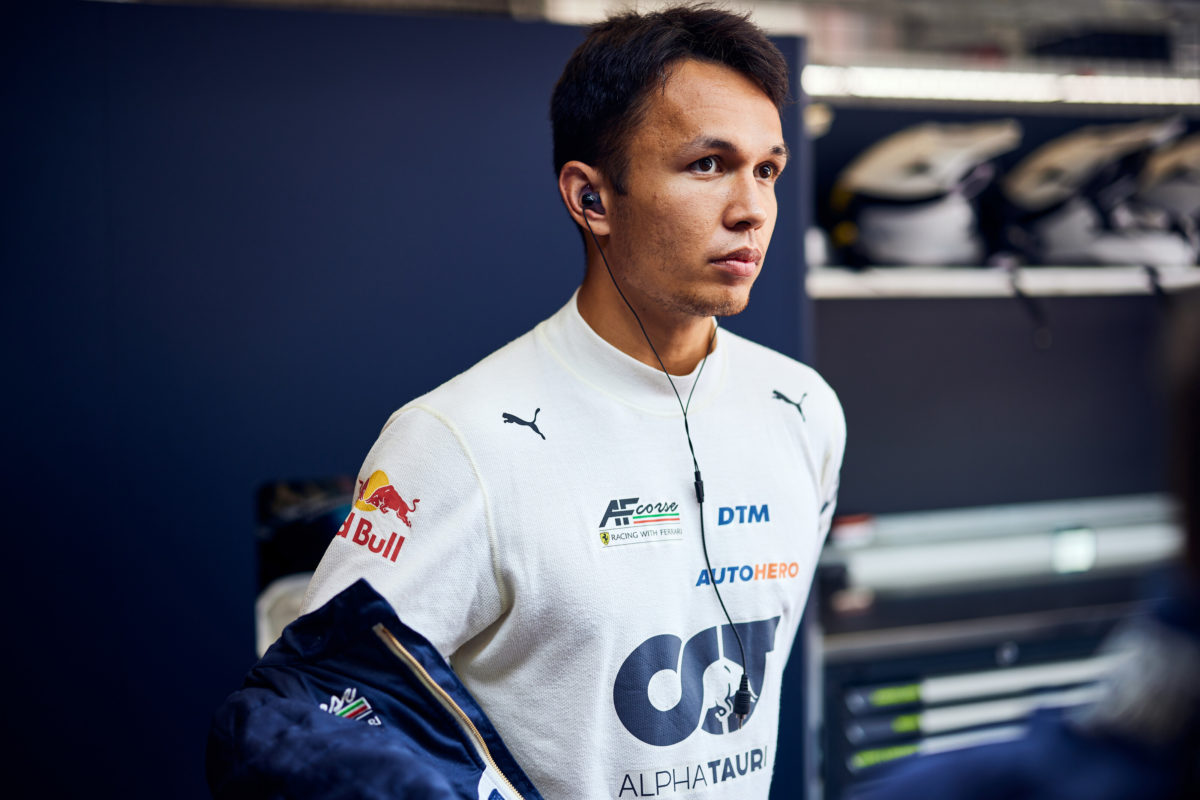 That’s the claim of Red Bull boss Christian Horner, who has suggested a deal with Williams is on the cards for 2022.

With no room at either of its own teams, the drinks company is looking to place Albon at either Williams or Alfa Romeo Sauber.

Complicating matters is that the former has a technical relationship with Mercedes, and the latter with Ferrari.

“We’re working hard to get him a seat,” Horner told Sky Sports.

“I really hope that Mercedes don’t block his opportunity at Williams, that’ll be a great, great shame.”

Horner’s remarks followed similar comments made during the FIA press conference at Zandvoort on Friday.

Asked how much progress had been made in finding Albon a place on the grid, the Red Bull boss played up the Thai driver’s chances.

“He deserves a seat in Formula 1 next year,” Horner said.

“I think that there’s quite a bit of interest in him for next year, we’ll do whatever we can to try and enable that.

“I hope that nothing prevents him from realising one of those opportunities,” he added.

“I think he’s a talented driver, he’s subject to George [Russell] moving, now Kimi is retiring, that does open up opportunities.

“So, I’m sure it’ll all get resolved over the next week or so.”

Valtteri Bottas is expected to be confirmed at Alfa Romeo Sauber, and Nicholas Latifi is tipped to remain at Williams for 2022.

Formula E world champion Nyck de Vries has also been linked with a move to Williams, his cause aided by the fact he is a Mercedes-backed driver.

There are therefore two compelling choices for Williams to make, with Horner suggesting his operation would do what it takes to secure the drive for Alon.

“I think he’s good enough that he doesn’t need to be taking a funding package with him,” Horner admitted.

“But obviously, we’re looking to enable that he gets the drive, so wherever we can help we certainly will.”

His signing with Williams would seem to deny de Vries a berth in F1 next season – he’s hardly likely to join the Ferrari-backed Alfa Romeo squad.

However, it may simply be a case of having to wait another year, with the Belgian already holding a contract for 2022.

“Nyck has a guaranteed seat in Formula E with us,” confirmed Mercedes’ Toto Wolff.

“I wish him to be in Formula 1, but I don’t want to lose him for our Formula E campaign.”

“I admired his decision back in the day after winning the F2 title to say ‘I want to be part of a works team, and that’s why I’m joining Mercedes in Formula E rather than running behind the dream in Formula One’,” Wolff explained

“Now the time has come that people recognise his talent and his ability and therefore there is talks taking place.

“But for us, most importantly, is that he stays within the family,” he added.

“I don’t want to really lose him at that stage for another Formula E championship, but I wouldn’t block him for Formula 1.”

Mercedes is set to end its involvement in the all-electric competition at the end of next season, at which point de Vries would have less strings attached.

It could also be that delaying the move this year is repaid by the manufacturer in 12 months’ time by easing his path onto the F1 grid.

Albon meanwhile is competing in DTM this season, winning at the Nurburgring in his most recent start.