Hamilton’s issues ‘not the end of the world’

Hamilton’s issues ‘not the end of the world’ 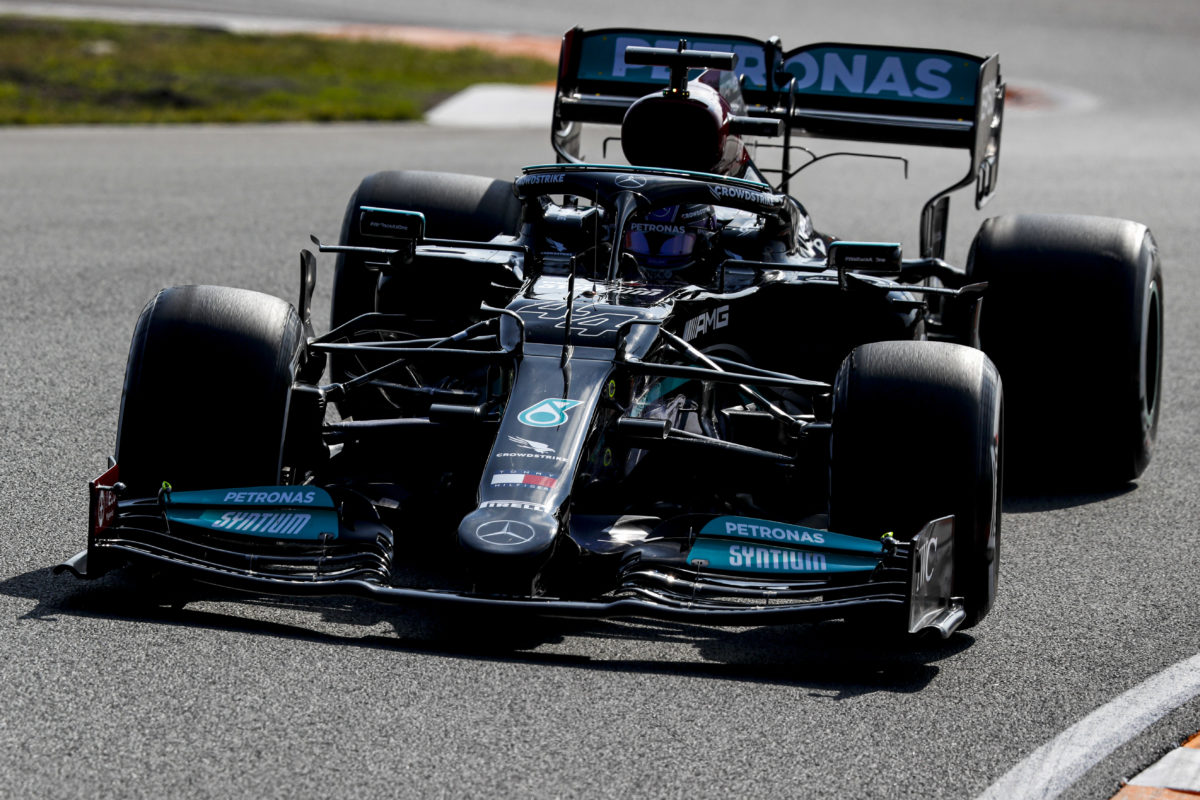 A shortened Friday at the Formula 1 Dutch Grand Prix has not left Lewis Hamilton unduly worried, despite stopping out on track.

The Mercedes driver logged just three laps in Free Practice 2 before being instructed to park his W12 with an oil system issue.

That followed on from 17 laps in an abridged Free Practice 1, which he’d topped, after Sebastian Vettel’s Mercedes-powered Aston Martin ground to a halt with power unit issues.

It’s left the championship leader short on mileage at what is effectively a brand-new circuit for F1.

“It wasn’t feeling too bad,” Hamilton said of his car from the first session.

“Then I made some changes into this session, but I got one lap with it, so very, very hard to pick whether it’s good or bad points from that change.”

Hamilton first reported a loss of power over the team radio early in FP2 and was subsequently instructed to park the car.

He did so at Turn 8, the farthest point on the circuit away from the pits with no way to recover the car during the session.

“I just lost power and so they just told me to stop, but it’s not the end of the world,” Hamilton said.

“This morning [I] only really got like 20-minutes of running, obviously with the red flag, so naturally [that] puts us on the backfoot.

“But Valtteri looked like he had a good session, so hopefully tomorrow we can try and make up for some of the time.”

With Hamilton out for the most part in Free Practice 2, it was left to Bottas to do much of the heavy lifting for the team.

“We still needed to try the car with a little bit less fuel, [and see] how the car feels on a single lap,” explained the Finn.

“Then the main focus was the long runs, which was obviously only with one car for us.

“[We had to] Just try to learn how the tyre drops and overheats.”

The interrupting running did complicate things for teams, though both Bottas and Hamilton were left satisfied with their day, and in awe of the Zandvoort circuit.

“Overall, good day, and I enjoyed it,” Bottas said.

“It is definitely fun in the car,” he added of the circuit.

“Tomorrow will be fun in qualifying, and even today I really enjoyed it.”

It’s an opinion shared by Hamilton, who last competed at the Dutch venue in 2005 while racing in Formula 3.

“The track is epic, it’s really fantastic,” he said.

“It brought back so many memories, when I first got out there, of when I was driving here because I didn’t really remember.

“I knew that it was great when I was in Formula 3 but it’s crazy in a Formula 1 car.

“I don’t think you’re going to be able to overtake here because it’s just high-high downforce, super-fast corners which you probably won’t be able to follow through,” he warned.

Free Practice 3 in Zandvoort gets underway at 20:00 AEST this evening ahead of qualifying at 23:00 AEST.