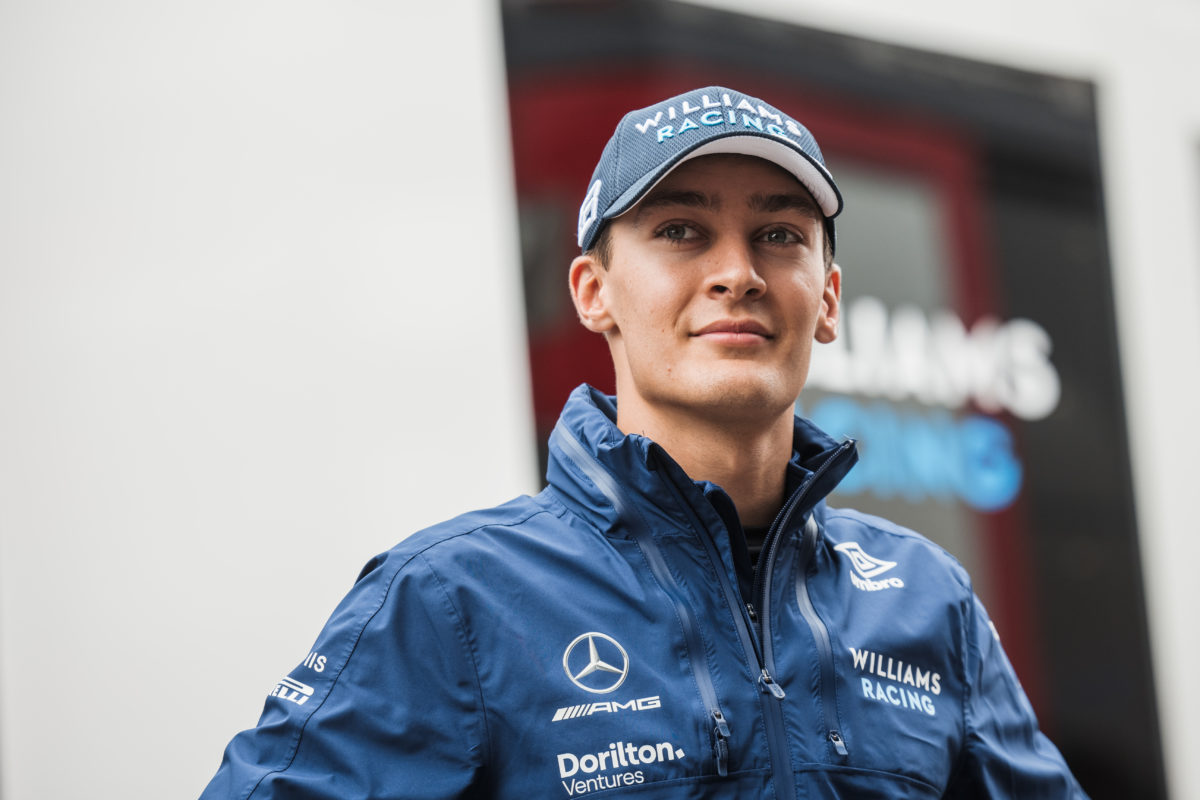 George Russell has admitted he knows which Formula 1 team he will be racing for in 2022.

Russell and Valtteri Bottas are vying for the second seat at Mercedes alongside Lewis Hamilton.

Team boss Toto Wolff revealed last week that he had made a decision on who would get the nod, though no announcement has yet been made.

Russell has been widely tipped to make the move from Williams to the factory Mercedes squad in place of Bottas, who in turn is believed to be Sauber-bound.

While coy on specifics surrounding his future, Russell did confess that he knows what’s happening in 2022.

“Verbally, before Spa,” the 23-year-old admitted when asked when he learned of his future.

“I just said to you I’m not going to sit here and lie and not say the truth, but the truth is that there’s nothing to announce.

“But as I said, I’m aware of the situation of where I’ll be racing next year and I was informed prior to Spa, just prior to Spa.”

Those only gathered steam following the announcement that Kimi Raikkonen would retire at the end of the season.

Russell is regarded by many as the future for Mercedes, the man to take the reins from Hamilton once he eventually retires.

The seven-time world champion earlier this year inked a two-year extension, keeping him in the sport until he’s at least 38.

One concern surrounding Russell’s appointment alongside the sport’s most successful driver has been the potential for him to upset the harmony that has existed within the team since Nico Rosberg retired at the end of 2016.

An ambitious driver in his own right, it is expected that Russell would look to measure himself against, and challenge Hamilton should they be team-mates.

“I have a huge amount of respect for Lewis and everything he’s achieved, and I’ve seen him working incredibly hard with the engineers when I was there as a junior driver,” Russell said when posed with that hypothetical.

“These are the same words I’ve said for the past three years,” he added.

“What I mean by that is, don’t take anything from this, from me saying this now, because this is the same things that I’ve said for the past three years.

It’s been suggested an announcement regarding Bottas joining Alfa Romeo Sauber will be made closer to the Italian Grand Prix for commercial reasons.

That event follows this weekend’s Dutch Grand Prix, with Monza hosting F1 across the September 10-12 weekend.