Norris back to full health after Spa F1 crash

Norris back to full health after Spa F1 crash 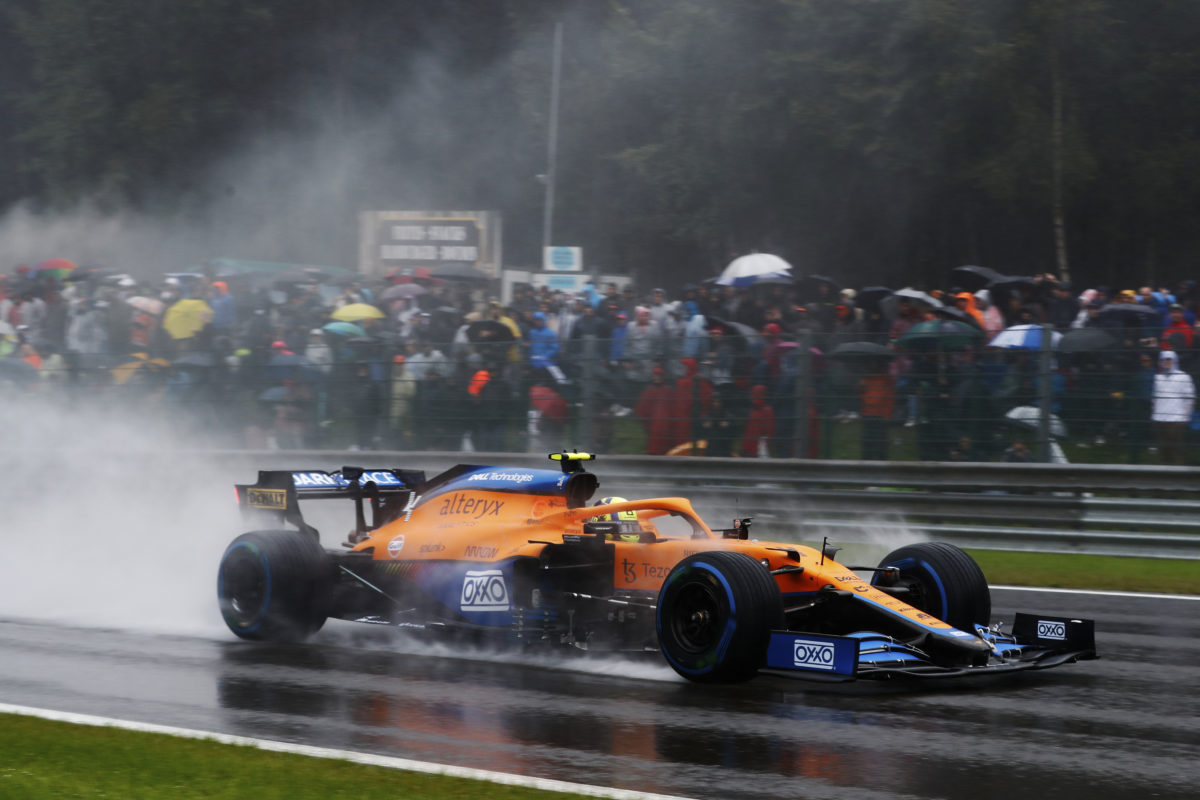 Lando Norris is carrying no ill-affects of the mammoth qualifying crash he suffered at last weekend’s Formula 1 Belgian Grand Prix.

The McLaren driver drew the red flag in the early stages of Qualifying 3 after making heavy contact with the tyre barrier at Raidillon as he started his first flying lap in wet conditions.

Initially taken to the circuit medical centre, he was then transferred to a local hospital for further precautionary checks and an x-ray on his elbow.

He was subsequently cleared to race, and lined up 14th on the grid for last Sunday’s ‘race’.

Almost a week on, the Englishman has admitted he’s more or less fully recovered from the crash.

“I’m back to as good as I can be, I think,” he said ahead of this weekend’s Dutch Grand Prix.

“Still like ever so slightly bruised but nothing which is worth complaining about to make me look like a hero on the weekend.

“Obviously a few days of recovery, nice to have a couple of days relaxing and getting back to it, but just excited for this weekend.”

Speaking during the week, the Englishman admitted that his Spa crash would likely have impacted him more a year ago.

“I think just more for the fact you know, it’s my third year and a lot more experienced,” he clarified in Zandvoort.

“But more importantly, I have a lot more confidence this year than I did the last two and I’m just in a better place mentally, and just with my state of where I am in Formula 1.

“I know it was more because, while I was pushing and taking risks and stuff, I know it was for a good reason, in a way, that I crashed.

“If it was last year, or year one, I would have been a lot more worried and maybe then taking a lot more cautious and things like that,” he said with an eye to this weekend’s race.

“But I didn’t feel like I did anything wrong with my approach to qualifying or that lap or anything, and I’m happy to do exactly the same and take the same risks this weekend.

“Until that point, I didn’t feel like I was taking any extraordinary risks or anything,” he added.

“I was at one with a car and confident with the braking and things like that which can make a massive difference in the wet, and the car was giving me that confidence obviously to be able to do it.”

Opening practice for this weekend’s Dutch Grand Prix gets underway at 19:30 AEST tonight.