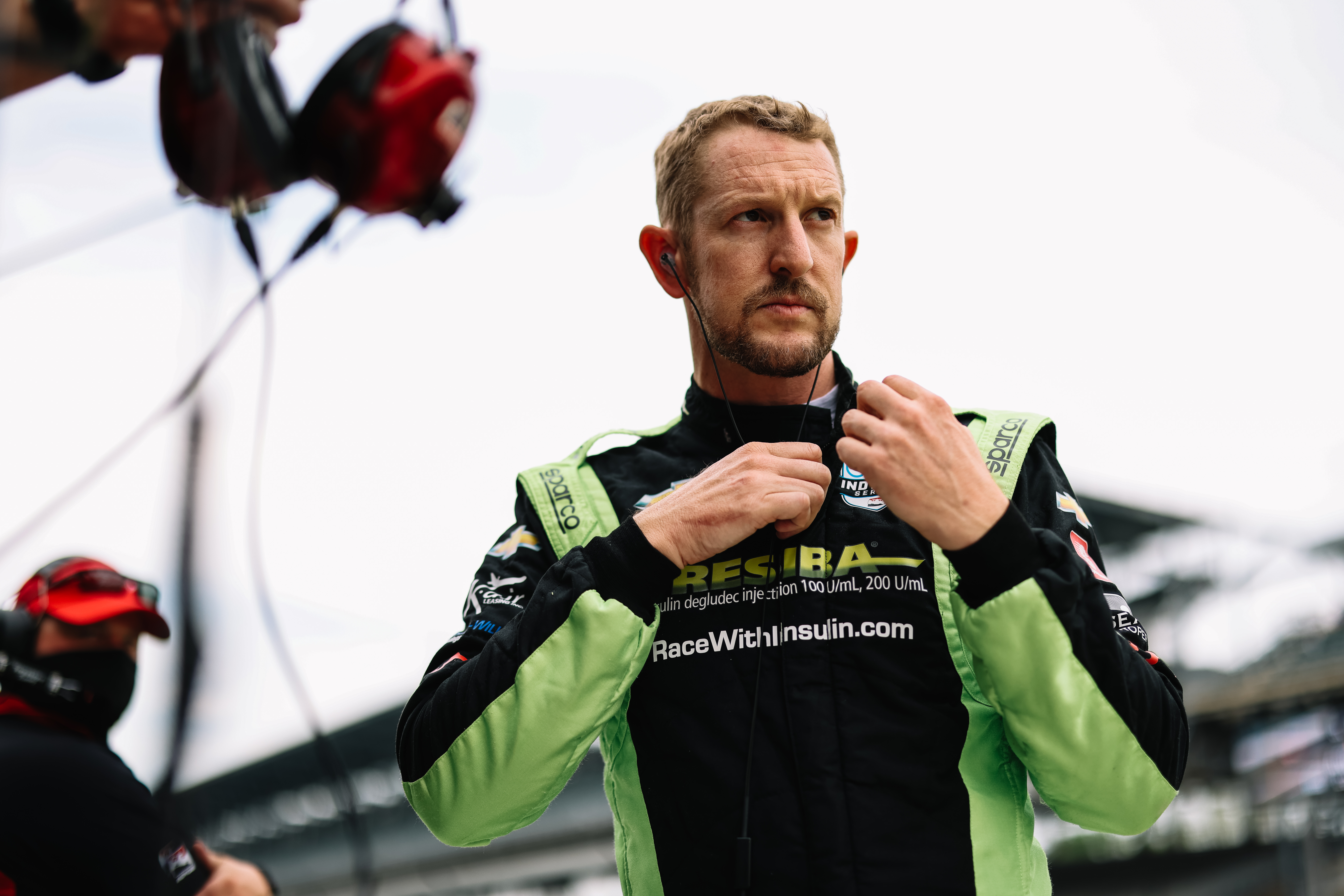 Charlie Kimball is set to make his second IndyCar Series start of the year on the streets of Long Beach.

Earlier this year the 36-year-old raced for A. J. Foyt Enterprises on the road course-configured Indianapolis Motor Speedway, later that month failing to qualify for the Indianapolis 500.

Now, the American is set to return with the team at the season finale in the #11 entry alongside team-mates Sebastien Bourdais and Dalton Kellett.

“I cannot wait to get back behind the wheel of an A. J. Foyt IndyCar mostly because I love racing,” said Kimball.

“I am also excited to race on behalf of my long-time sponsor Novo Nordisk one more time this season at one of my favourite races.

“Working with the team at A. J. Foyt Racing, both in and out of the cockpit, has been very rewarding and I look forward to continuing that work in Long Beach.

“Long Beach is my favourite event outside of the Indy 500 – I spent my childhood coming to this race and dreaming about being on the other side of the fence.

“The chance to compete at this track, so close to my hometown, three and a half years since my last time behind the wheel there has been one of my biggest personal motivators.”

Last year Kimball raced for A. J. Foyt full-time, recording a season-best finish of eighth on the streets of St Petersburg.

From his 156 races in the series to date, Kimball has one win to his name at the Mid-Ohio Sports Car Course for Chip Ganassi Racing.

“We are very happy to have Charlie and Novo Nordisk back for the season finale,” said team president Larry Foyt.

“Long Beach is such a great race for the IndyCar Series, and I’m glad we could put this event together for Charlie and Novo Nordisk because they have been great partners of our team.

“They have touched many lives and inspired many race fans through the motorsports platform, and I’m honoured that our team was able to be a small part of that.”

This year’s IndyCar Series closes out on the streets of Long Beach on September 25-27 (AEST).

Two races will precede that event, at Portland and Laguna Seca.