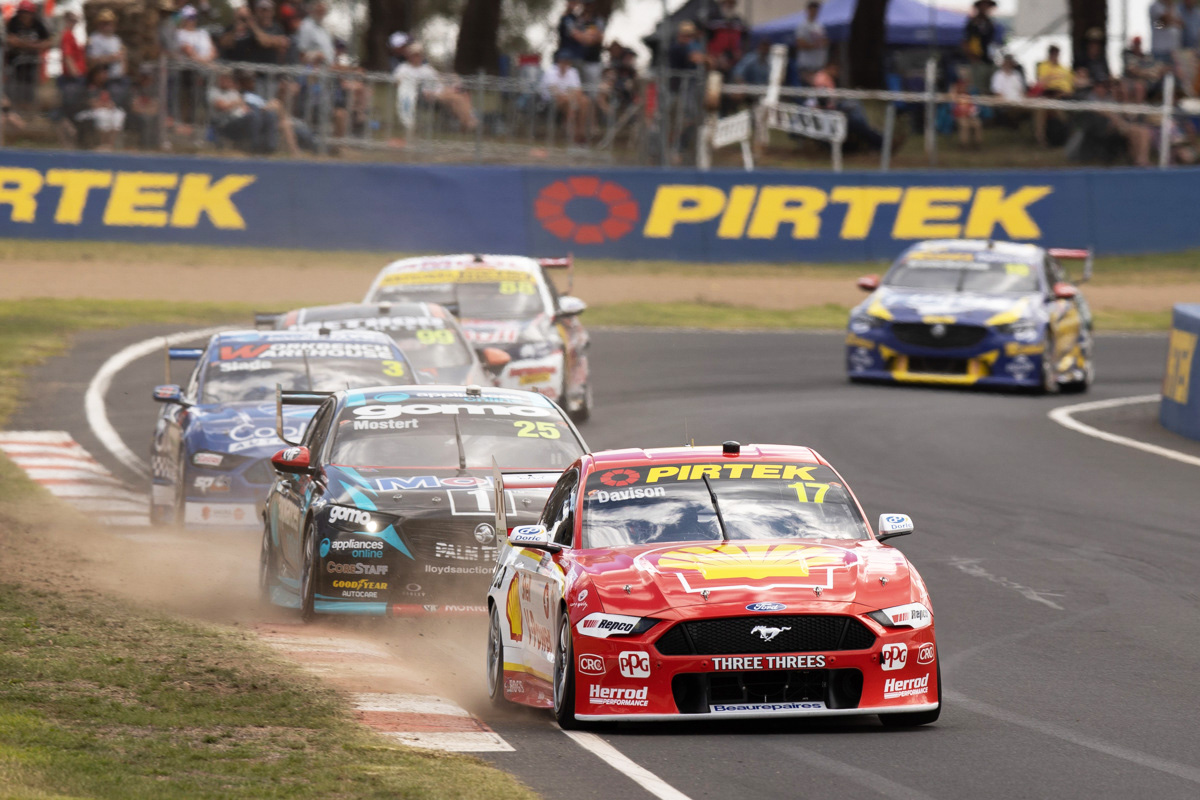 Stuck for ideas of what to get your Dad this Father’s Day? A ticket in the Ultimate Motorsport Prize is just the answer.

With Father’s Day just around the corner, now is the time to look after your Dad and ensure he’s in with the chance to win the Ultimate Motorsport Prize at this year’s Repco Bathurst 1000.

Entrants can simply print out their ticket purchase receipt and give it to dad as his gift. Fans can buy their ticket for a chance to win this VIP opportunity at www.ultimatemotorsportprize.com.

The prize includes the opportunity to wave the green flag for the Repco Bathurst 1000, enjoy a course car ride with Marcos Ambrose, present the Pirtek Pit Stop Challenge winners’ trophy, a meet and greet with Dick Johnson and a tour of the Shell V-Power Racing Team garage, a VIP tour of the National Motor Racing Museum, a helicopter ride over the track, a visit of race control and the Supercars TV compound, plus much more.

All this comes on top of a travel and accommodation package which also includes the three-day hospitality passes.

With Supercars organisers moving the ‘Great Race’ to November 4-7, the draw for the Ultimate Motorsport Prize will now take place on Sunday, October 10*, at Pirtek Head Office in Sydney, giving fans an additional month to purchase their tickets.

If COVID-19 restrictions remain in place, the prize winner will be able to redeem their prize at the earliest opportunity.

Pirtek CEO, Stephen Dutton, said he would love nothing more than tickets in the Ultimate Motorsport Prize draw for Father’s Day.

“The great thing about this prize is that it’s not just something that would get a motorsport fan excited. This would get any sports fan excited,” said Dutton.

“The Bathurst 1000 is a bucket list item for so many out there and what better way to do it than in style with a number of once-in-a-lifetime type experiences.

“Simply buy your tickets in the raffle, print off your receipt, give that to your Dad for Father’s Day, and he’ll be in the draw and ready to go.

“The prize is for two people, so there are plenty of ways it could be shared.

“With all of the funds raised going to the Peter Duncan Neurosciences Research Unit, it makes it all that little more special knowing that the money is going to a great cause.”

Tickets are just AUD $20 each and all proceeds will support the St Vincent’s Hospital’s Peter Duncan Neurosciences Research Unit.

Whilst there is no doubt still some uncertainty around the next few months in the state of NSW, Dutton can assure fans the prize will be delivered once the opportunity presents itself.

“We understand the complexities at present around the events sector, everyone can be assured that all stakeholders are committed to the Ultimate Motorsport Prize,” Dutton added.

“There are still plenty of tickets available, and with only a limited number in total available, you’ll want to ensure that you have as many opportunities as possible to win.”

The prize has been made possible through PIRTEK, Supercars, Shell V-Power Racing, National Motor Racing Museum, Motorsport Australia and Speedcafe.com.