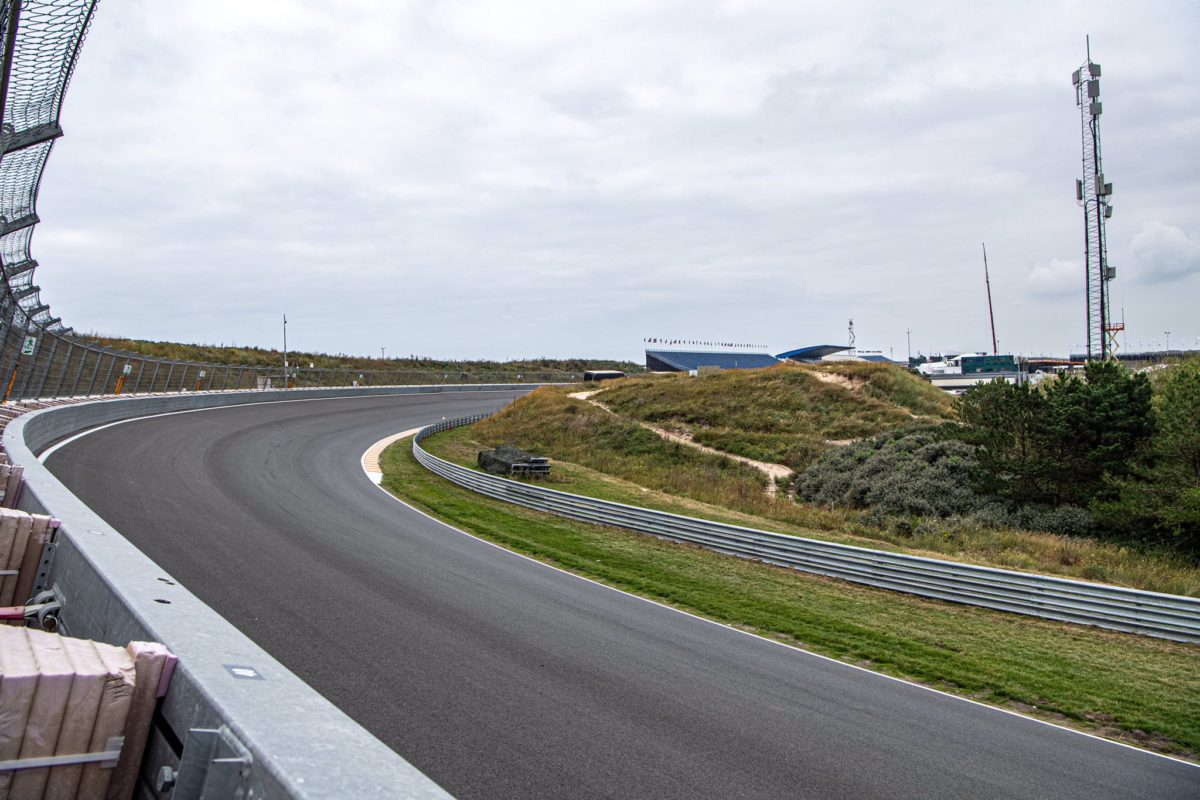 The narrow and fast confines of the Zandvoort circuit have reminded many on the Formula 1 grid of Suzuka in Japan.

This weekend’s Dutch Grand Prix sees the sport return to Zandvoort for the first time in more than three decades, albeit in a heavily modified configuration.

However, much of the original layout remains, with a number of more recent tweaks aimed at improving what is tipped to be processional racing.

The run through the first corner and up, over the sand hills to start the lap is almost identical to that on which Alberto Ascari raced to win the 1952 Dutch Grand Prix.

Turn 3, otherwise known as Hugenholtz, is one of the corners which has been modified.

Now banked, it’s hoped the change will allow multiple lines into the corner in an effort to open an overtaking opportunity.

It’s also the prelude to a high-speed section which takes in the Scheivlak right-hander.

“When you make a mistake, you can get punished a bit more.”

Other changes around the venue have seen the addition of tarmac run-off areas and the widening of the track in key locations.

It’s sanitised the venue slightly, though with grass verges and a narrow racing surface the Suzuka comparison remains valid.

The most significant change to the circuit is the final corner, which now boasts 18 degrees of banking.

Originally designed so that cars could run through it with the DRS open, effectively extending the short front straight, the decision has been made to move the DRS activation point to the corner exit.

“I have to say everyone is very interested in at the banked corners and have to say when you do the track walk, it looks very special,” Verstappen said of Arie Luyendijk Bocht.

“You don’t really see that a lot on other tracks, so it definitely adds something to it.

“Of course, the last corner for us will be easy flat, but Turn 3 definitely gives you a few more opportunities in terms of what lines you can take.”

Lewis Hamilton is also looking forward to the modified circuit, his last visit coming back in 2005 while racing Formula 3.

“It was a beautiful track in the in the Formula 3 cars,” he said.

“I personally prefer the old Formula 3 cars to what we see today, but nonetheless it was massively challenging.

“After Turn 3, through that fast complex up the hill down into that long fast right-hander, you’re looking in the sky for a second and you couldn’t see the dirt on the left-hand side, it was difficult to know where you were.”

While most on the grid have raced at the venue during their junior careers, this weekend marks Fernando Alonso’s maiden visit to Zandvoort.

“There are for sure a couple of unique corners here; Turn 3, the last corner as well, I think it’s going to be tough and demanding,” he observed.

“And there is no run-off area, no room to mistake, quite high-speed corners, so if you put one wheel on the on the grass, or on the gravel, that’s it.

“The walls are very close as well, so it will a be very demanding weekend for everyone.”

With overtaking expected to be at a premium, emphasis will be placed on qualifying and single lap pace.

“I expect that Saturday will be very critical, very important given that there are not many places to overtake,” said Sergio Perez.

“I think, as a driver, we’re going to enjoy all the way until Saturday, because Sunday will be very hard to overtake; we can expect a bit like Hungary.”