Dixon to continue for SRT at Aragon MotoGP

Dixon to continue for SRT at Aragon MotoGP 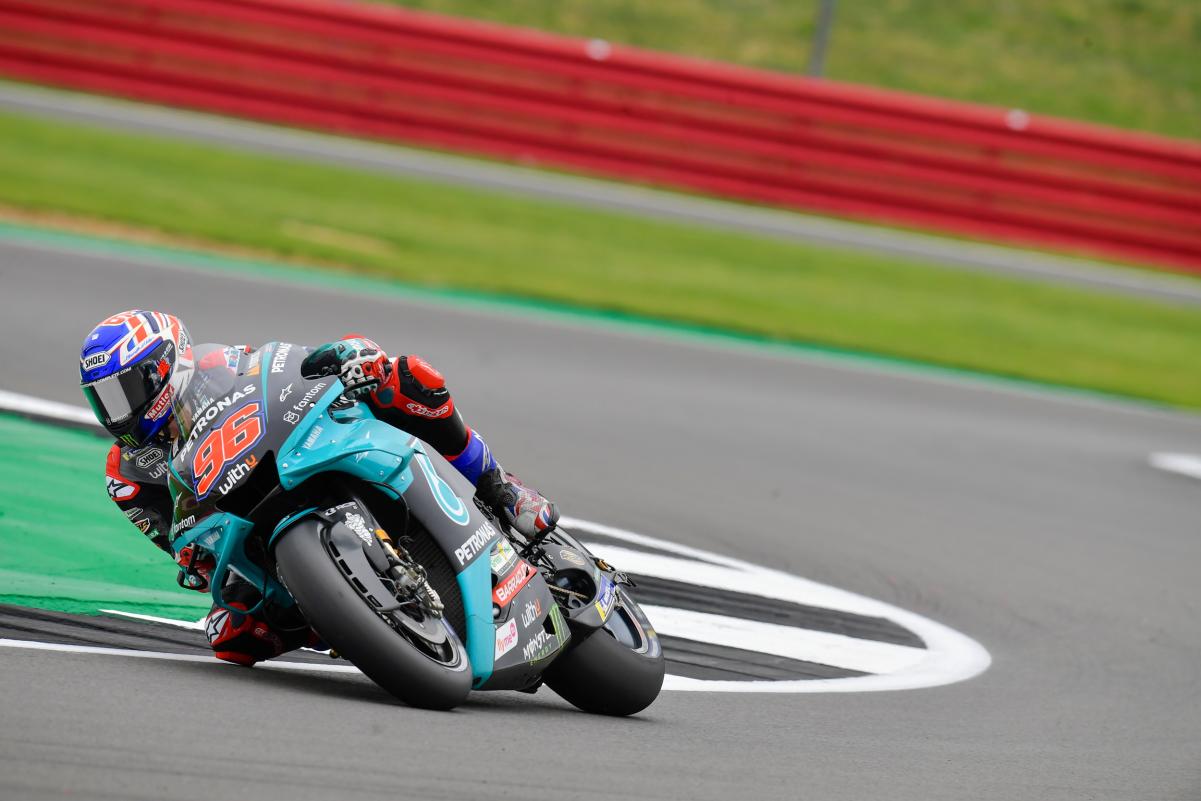 Jake Dixon will continue in the second SRT seat at next weekend’s Aragon MotoGP, ahead of Andrea Dovizioso’s likely return to racing.

The Briton made his MotoGP debut in his home event last weekend at Silverstone, taking over the ‘A-Spec’ M1 due to Yamaha test rider Cal Crutchlow’s shift to the factory team to cover Maverick Viñales’ exit.

SRT’s other Moto2 regular, Xavi Vierge, had been linked to a temporary promotion for the Aragon Grand Prix but Dixon will instead keep that ride for what is set to be just the one round more.

In turn, John McPhee has been bumped up from the squad’s Moto3 team to the intermediate class next weekend, after Adam Norrodin competed in place of Dixon at Silverstone.

McPhee’s seat in the lightweight class will be taken by Syarifuddin Azman, a Moto3 Junior World Championship rider.

Dixon was last classified finisher in 19th at Silverstone, from 21st on the grid, after which he complained of a grip issue.

Regardless, he did enough to be rewarded with a second shot at MotoGP.

“The current dynamic status of the team allows some exciting opportunities for our riders and also new talent,” said team principal Razlan Razali.

“We were satisfied with Jake’s MotoGP debut at the British Grand Prix so want to give him the opportunity to continue his learning in the MotoGP class in Aragon.

“This of course leaves a space in his seat in Moto2 which we wanted to give to John, who will make his Moto2 debut.

“Subsequently, this leaves a perfect platform for us to lend his seat to Syarifuddin Azman from the FIM CEV. Azman won one round in Barcelona of the FIM CEV, and I think it’s a great chance for him to gain experience to determine his level in the Moto3 World Championship.

“We are excited by the prospect of giving exposure to our young riders and we wish them all the best.”

McPhee added, “It’s a fantastic opportunity for me to try the Moto2 bike in Aragon.

“As with every rider, it’s their dream to progress through the categories, and I feel like I am at the level, and have the ability to make this step up to Moto2.

“Of course, the challenge will be extremely difficult because it’s my first time ever racing a big bike, with my only real experience being 15 laps of Barcelona in 2019 which was a ‘thank you’ from the team after my win at Le Mans.

“I’m really excited and motivated for the challenge and really looking forward to trying the bike.

“There’s no real expectation, I’m just going to enjoy it a lot and feel like if I can improve session by session and keep closing the gap with the fastest riders, then this will be a job well done.

“Thank you to my team for this opportunity.”

Beyond Aragon, both Monster Energy Yamaha and Petronas Yamaha SRT should have a longer-term solution to their rider conundrum.

Franco Morbidelli would return from injury at the former, with his old ride to be taken over by Dovizioso in the veteran’s comeback to racing.

Yamaha boss Lin Jarvis said at Silverstone that the marque has “verbal agreement” with the veteran Italian for that plan, which would see he and compatriot Morbidelli continue in their new roles next year.

Dovizioso would, however, likely then get a latest-spec M1 rather than the upgraded 2019 model that Morbidelli had been piloting, and would ride it out of whatever team takes SRT’s berth on the grid in 2022.

SRT moved into the premier class in 2019 and, by the time the San Marino Grand Prix comes around, should be able to boast that both of its foundation MotoGP riders, the other being Fabio Quartararo, have graduated to Yamaha’s factory team.

However, it will close at the end of 2021, with a new team headed up by Razali to take its place.