Aprilia: Viñales can be a MotoGP championship contender in 2023

Aprilia: Viñales can be a MotoGP championship contender in 2023 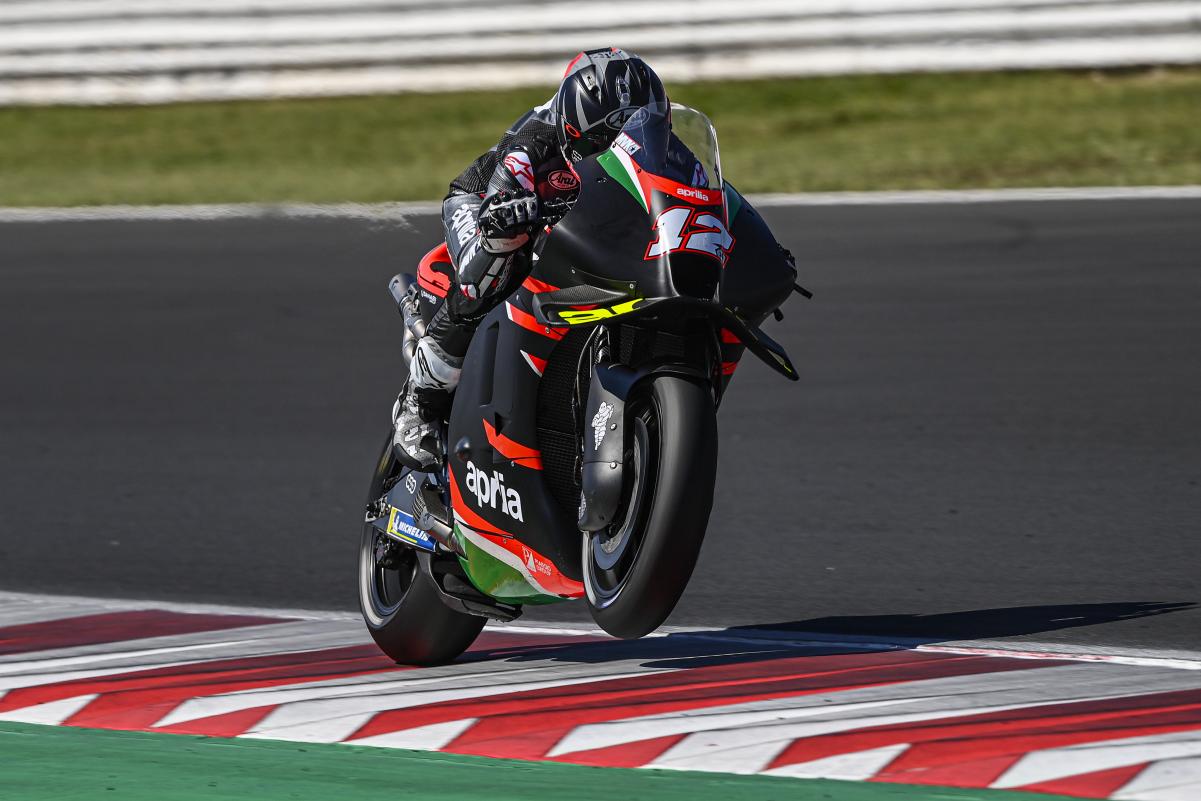 Maverick Viñales can challenge for the MotoGP championship title with Aprilia in 2023, believes his new boss.

After his acrimonious split from Yamaha, Viñales will see out the 2021 season with Aprilia Racing Team Gresini, from next weekend’s Aragon Grand Prix.

The Spaniard is therefore set to get six races under his belt on an RS-GP this year, making for a big headstart before his first full season with the Noale marque.

Aprilia is the only one of six manufacturers to still enjoy concessions but is on the up, as demonstrated by Aleix Espargaro delivering its first podium in the MotoGP era in last weekend’s British Grand Prix.

It can now also count a nine-time grand prix winner, who is regarded as one of the great talents in the field, as one of its own.

Aprilia Racing CEO Massimo Rivola expects that 2022, when it takes its MotoGP programme in-house after seven years in partnership with Gresini Racing, will still be a building year.

However, he is hopeful of a genuine assault on the title in the season after that, either from Viñales or Espargaro.

“For 2022, it is early. We still have to get used to fighting, remaining consistently in the positions that count.

“Aleix beating [Jack] Miller [to third] at Silverstone in the final laps was remarkable, it was good and also justified for us to get on the podium, we deserved it.”

Viñales was already set for an early exit from Yamaha before the sensational developments at the Michelin Grand Prix of Styria.

The 26-year-old was apparently found to have attempted to damage the engine in his M1, which ultimately led to his contract being terminated even sooner than had been planned.

While he was out of that Monster Energy Yamaha ride for the rest of the season, it also cleared him to test with Aprilia at Misano this week and, now, to be back on the grid after just two rounds out.

Viñales said that the test at the circuit which will host the San Marino Grand Prix later this month left him “probably the happiest I’ve been on a MotoGP bike all my life”, which Rivola took also as a positive sign for his “sensitive” new rider.

The ex-Ferrari Driver Academy boss’s comments about 2023 could also be considered a show of faith from Aprilia, given Viñales’ contract was announced as a single-year deal with an option for renewal.

“If Maverick has found his passion after just a day of testing, it means that it wasn’t too hidden,” said Rivola.

“As we know, he is a very sensitive guy. I understand his words about the joy of returning to having fun. In the beginning, everything is always quite nice.

“He adapted to the bike in a surprising way, we had some question marks instead.

“The approach was also exceptional, the decision to keep Aleix’s bike without making any changes, I can only be happy.”

That comment suggests Viñales used Espargaro’s set-up, and the new Aprilia pilot found that he has to adjust his style under brakes to get the most out of the RS-GP.

“At the same time, his [Viñales’] goal is to go as fast as possible, so we will have to balance his emotions and the desire to demonstrate his speed.

“He doesn’t have to prove anything to us, he just has to let a lot of time pass and many kilometres. We are also very curious to see him in the race.

“We have already announced that he will be in Aragon because the learning curve is really impressive.

“My approach? It doesn’t change, I hope it works with him too.”

The Aragon MotoGP round takes place on September 10-12.