Viñales to race for Aprilia for rest of MotoGP season

Viñales to race for Aprilia for rest of MotoGP season 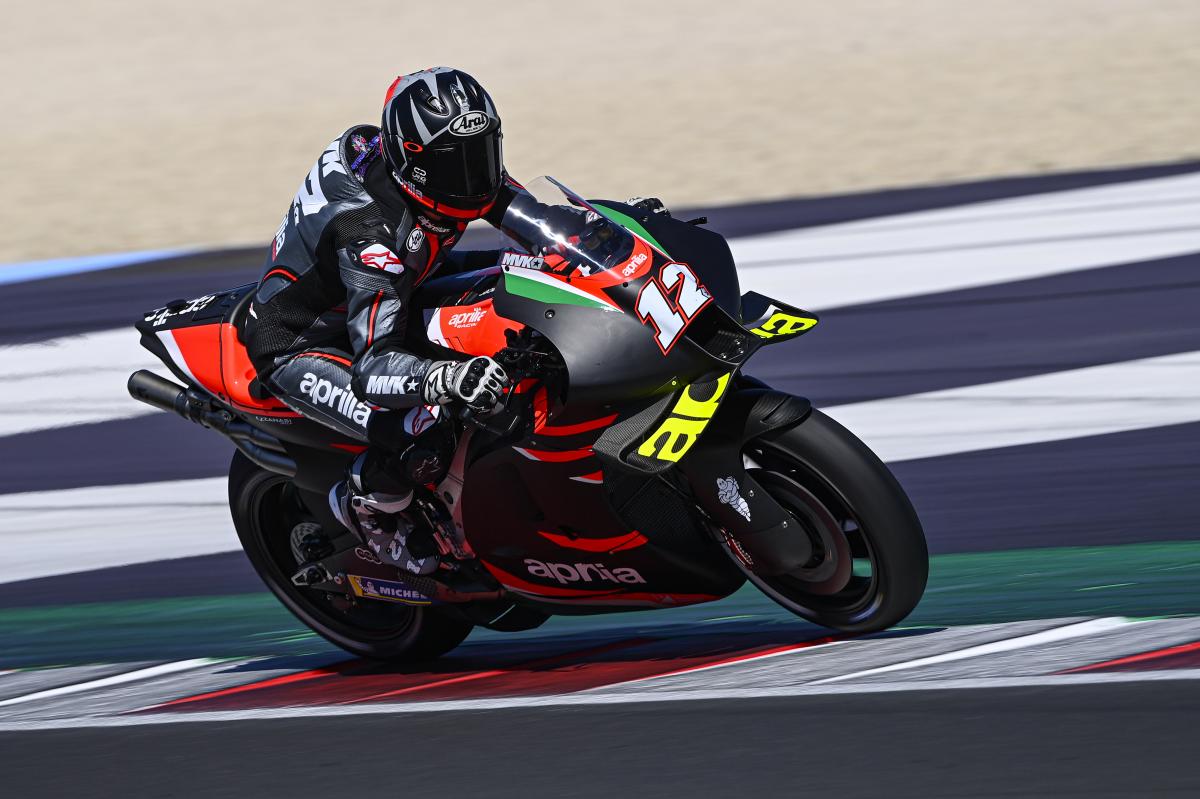 Maverick Viñales will make his Aprilia grand prix debut at Aragon and race for the squad for the rest of the 2021 MotoGP season.

The decision represents a rapid switchover from Yamaha for the Spaniard, who now has two test days aboard an RS-GP under his belt, at Misano.

Viñales will replace Lorenzo Savadori, who reverts to test rider duties for the Noale manufacturer but is also set to undertake wildcard starts during the rest of the current campaign.

“We are extremely proud to be able to announce our plans for the current season and for 2022 with the goal of optimising the contributions of our three riders to the utmost,” said Aprilia Racing CEO Massimo Rivola.

“Alongside our confirmed rider, Aleix [Espargaro], it is our pleasure to welcome a talented athlete like Maverick to the Aprilia Racing team, who demonstrated a great feeling with the team and the bike straight away and who I am confident will be able to give his best as early as the Aragón GP.

“At the same time, we are also confirming Lorenzo’s role as 2022 test rider.

“This is a fundamental position that rewards the great efforts he has demonstrated in developing the new RS-GP, whereas he will finish out the 2021 season taking advantage of the wildcards that we’ll decide on together as soon as he is back to 100 percent fitness.”

Savadori broke his right malleolus (ankle bone) when he clattered into Dani Pedrosa’s stricken KTM in the Michelin Grand Prix of Styria, and withdrew from his comeback event, last weekend’s British Grand Prix, after Friday practice due to ongoing pain.

The move to run Viñales in the first grand prix after his test, however, is said to be a result of how quickly he became accustomed to the RS-GP in that outing at Misano.

Aprilia Racing technical director Romano Albesiano drew particular attention to how he adapted to a V4, given the Suzukis and Yamahas he has previously ridden are powered by in-line engines.

“The decision to have Maverick on the track from Aragón is a direct result of the tests done in Misano,” said Albesiano.

“It was not a given that, after a career spent up to now on a bike with an in-line engine, Maverick would have a good feeling with our V4 straight away.

“This is why the test on this track, historically not an easy one for our bike, was an important moment of assessment.

“Therefore, we are satisfied with Maverick’s immediately positive reactions, which demonstrated a good feeling both with the RS-GP and with the team and our work method.

“His and Aleix’s talent, combined with the experience Lorenzo has gained this season, make us optimistic about the future of our MotoGP project.”

As a concession manufacturer, Aprilia is entitled to six wildcards and to field wildcards at consecutive events.

Given there are six rounds remaining this year, it could theoretically run Savadori at all of them, although Rivola’s comments cast doubt on that prospect.