Gardner not thinking championship until he can seal it

Gardner not thinking championship until he can seal it 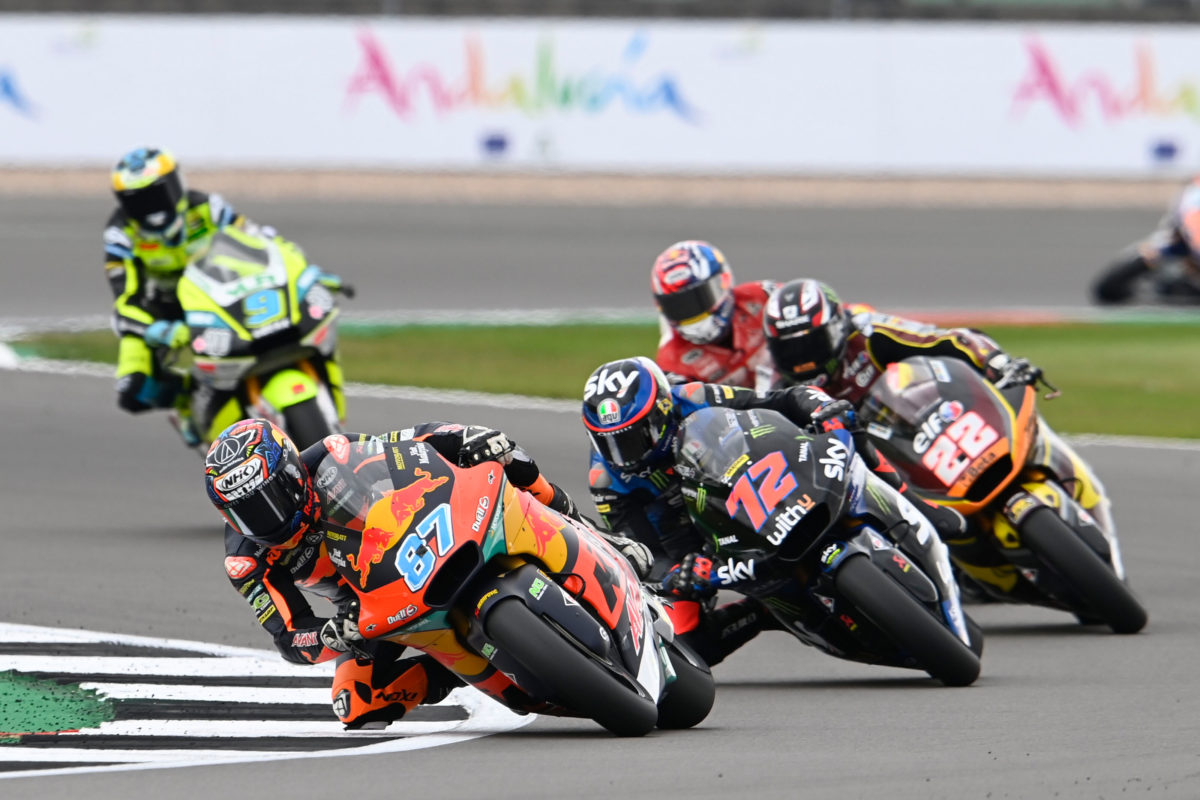 Remy Gardner says he will not think about winning the Moto2 championship until he has a chance to put it beyond all doubt.

Having won the British Grand Prix, the Australian now enjoys his biggest championship lead of the season to date at 44 points over Red Bull KTM Ajo team-mate Raul Fernandez, who crashed out at Silverstone.

Assuming there are indeed six races left, as is the case on the current calendar, Gardner could guarantee the title by finishing second in three of those and third in the other three, among other combinations of results.

However, #87’s advantage at the head of the standings is still far outweighed by the 150 points on offer across those six races.

Asked by Speedcafe.com about how confident he is about the championship now, Gardner insisted he is taking the season one race at a time.

“At the moment, it’s good; there’s still I don’t know how many races… there’s a few races to go and anything can happen.

“So, the same thing could happen to me next week – I could be on the floor and Raul could be winning – so you can never be too confident.

“At the moment, I’m trying not to ride with the championship in my head, and at the moment it’s just taking it race by race, and session [by session] and lap by lap, to be honest.

“So, the day that it comes down to doing the maths and saying, ‘Hey, if this happens today, I could be champion’… I’m not going to think about it [until then].”

Red Bull KTM Ajo boss Aki Ajo hailed Gardner’s mental strength after the Silverstone triumph, and the 23-year-old admitted it was a “long race” given his near-constant duel with Marco Bezzecchi.

Those two swapped the lead several times after Gardner first hit the front on Lap 5, with less than half a second the difference when the chequered flag flew at the end of Lap 18.

“It was a long race,” said the Sydney native.

“Marco went with the soft tyre so honestly I was expecting his grip to drop a lot more and I guess personally with the soft, for me more than 10 laps was impossible.

“So, yeah, it was tough, especially the last six, seven laps when I passed Marco for the lead. I’d really put my head down and push really hard, and I couldn’t break the gap; it was +0.3, +0.3, every lap, all the way to the finish.

“I just couldn’t break it, so it was just keeping that consistency and in the end, we managed, but definitely a tough race.”

The win was Gardner’s fourth of the season, but the first three of those came in consecutive races, while the last three rounds yielded just one podium for #87.

He was fourth in the Michelin Grand Prix of Styria, where he threw away a likely second placing, and seventh a week later when the Austrian Grand Prix was also held at the Red Bull Ring, after being shuffled back in a mad run through the first corner.

“For sure, it’s good to get a podium again,” remarked Gardner, for whom that seventh is the worst result of the season.

“The two Austrias were a little bit disastrous for me. The first Austria was a mistake on my behalf and the second one, unfortunately the first corner kind of ruined the whole race.

“So, yeah, good to be back on the podium; can’t lie. We didn’t get the front row [at Silverstone] either, so that was kind of annoying because we were just nearly there.

“But, definitely good to get another good result, especially a win, and I think it was the day to bring 25 points home, isn’t it, so, can’t complain, it’s good to be back, and just try and repeat.”

Round 13 of the Moto2 season takes place at Aragon on September 10-12.