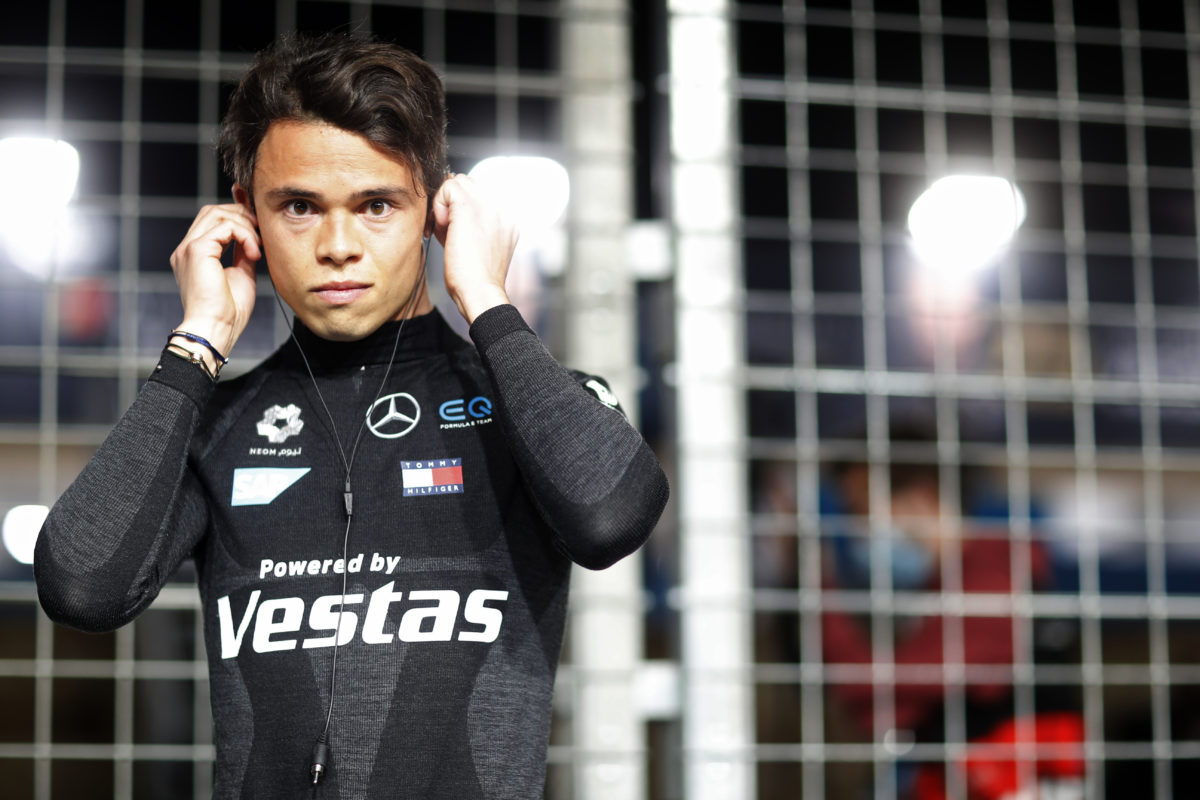 George Russell would support the signing of Nyck de Vries at Williams should he graduate from the Grove squad for next year’s Formula 1 season.

Russell is currently in the frame for a drive with the factory Mercedes squad alongside Lewis Hamilton.

Valtteri Bottas has also been linked to the coveted seat with the pair, at least publicly, in the dark as to their respective futures.

However, should Russell get the nod, he suggests Formula E world champion de Vries is a strong candidate to replace him at Williams.

“He’s a Formula 2 champion, he’s a Formula E champion; he’s definitely got the speed, he’s got the charisma and the right attitude to be an F1 driver.

“Unfortunately, Formula 1 only has 20 drivers, and for a great driver to come in then a great driver has to leave, so it’s not quite as simple as that.

Williams is in the midst of a rebuilding phase following last year’s buyout by Dorilton Capital.

A complete management overhaul has taken place, while next season it will enjoy an increased relationship with Mercedes.

There could be an all-new driver line-up too, with no guarantees for Nicholas Latifi that he will remain for a third season.

Should Russell move on, and Williams renew Latifi, the Canadian believes he’s ready to lead the team.

“Yeah, 100 percent,” he said when asked if he was ready to take on the additional responsibility.

“I mean, if George was to leave, and I was to remain, I would definitely feel well, I just think, by nature, I’m the more experienced driver in the team.

“I would definitely feel comfortable to be the one in the team with the experience,” he said in reference to suggestions de Vries could join the operation.”

While the Canadian has not been a standout performer during his season and a half of F1 thus far, he’s put in solid enough performances and stayed out of trouble.

For a team laying the foundations for a rebuilding programme, that could tick enough boxes for the team.

However, he does concede that his experience will offer limited value heading into 2022.

“I think naturally going into next year with the new car, new regulations, it would maybe be a little bit different,” Latifi said.

“If next year was just another evolution on this year’s car, I think your experience is more valid, and you know what the weaknesses and strengths were of the current car and kind of the direction you still need to take it to develop.

“Whereas next year, you kind of don’t know what you’re going to get; you might have to change your driving to a completely different style.

“So in terms of leading the team, based off the history of what I’ve experienced from the two years of cars I’ve driven, it’s maybe not as ideal as you would want it to be,” he added.

“But just having that continuity in the team, you know, knowing how the guys and girls work at the track, at the factory, I would definitely feel comfortable in that role.”