Lowndes preparing for F1 laps of The Bend

Lowndes preparing for F1 laps of The Bend 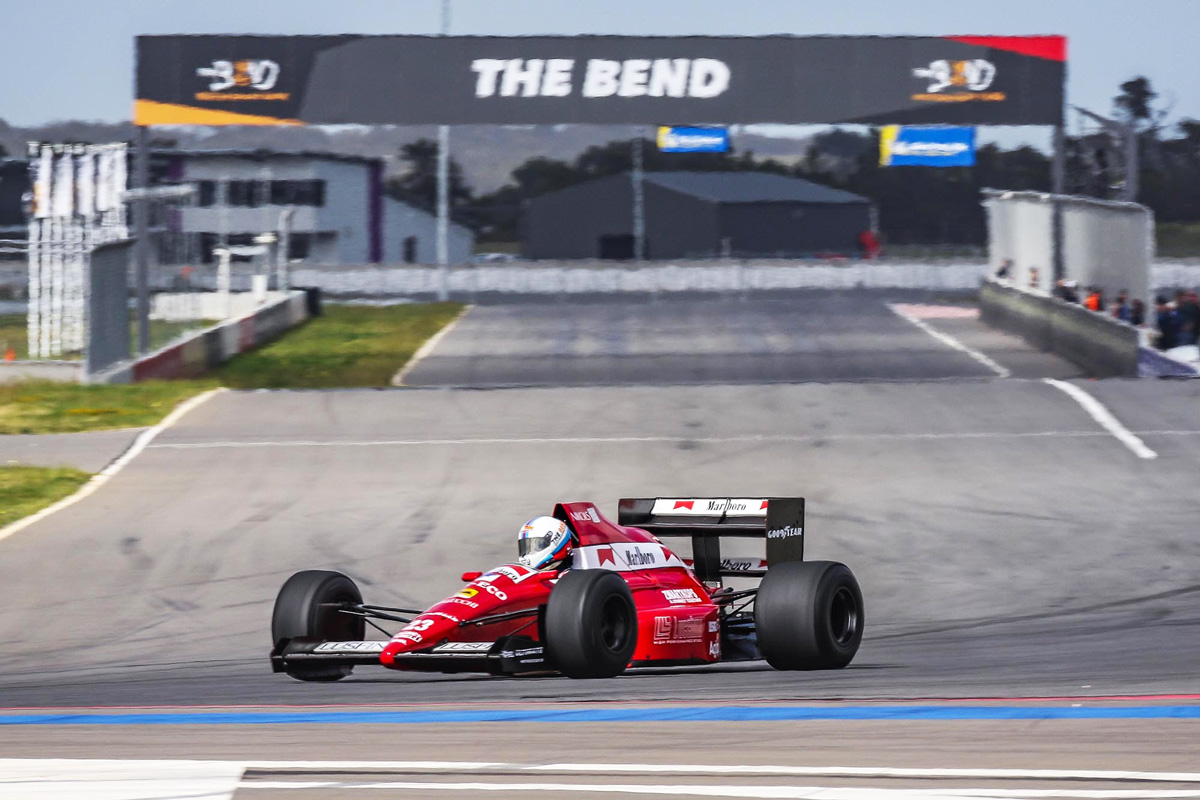 The Dallara F189 Cosworth at The Bend Motorsport Park

Seven-time Bathurst 1000 winner Craig Lowndes will drive a historic Formula 1 car at The Bend Classic this weekend in South Australia.

Lowndes has been confirmed to steer the Dallara F189 Cosworth Formula 1 car which won the 2020 edition of the event in the hands of Sam Shahin.

It’s something of a throwback for the 47-year-old, who headed down the European open-wheel path via the 1997 International Formula 3000 Championship before returning to become a stalwart of Supercars.

Lowndes also drove a McLaren MP4-23 around Mount Panorama in 2011.

“I’m really looking forward to it, with everything going on it’s difficult to do anything at the moment so it’s great that The Bend is putting on a weekend like this – and obviously to have the opportunity to drive a Formula 1 car,” he said.

“It’s a great opportunity and a fantastic honour to drive the cars I grew up watching at the Adelaide Grand Prix back in the day, and to drive them at a circuit like The Bend is even better.

“It’s a great circuit, purpose built and to hear what they have planned for the future and the ongoing development is very exciting. I can’t wait to get down there and get in the car.”

A record field of cars will take part in the event, with Lowndes among the 90 entries in the two-day Supersprint competition, and a further 50 cars featuring in the inaugural The Bend Classic Autotest challenge.

Shahin will this year drive an ex-Giancarlo Fisichella V10-powered Benetton B198, while his brother Yasser will drive a Dallara Formula Renault 3.5 V8.

“Craig is a fantastic ambassador for motorsport and we are ecstatic that the stars have aligned so he can attend this year,” said Sam.

“His enthusiasm for the event and the circuit are welcomed and he will be a great addition to a wonderful weekend of motorsport.

“It is our ambition to grow The Bend Classic into one of the world’s premier motorsport festivals of its type.

“Even though the last two years have hindered us from welcoming interstate or international competitors and their vehicles to The Bend, the response from South Australian competitors has been nothing short of magnificent.

“South Australian fans are in for a spectacular weekend and we are so inspired and thankful with the response from local competitors, car owners and enthusiasts who are supporting this event in record numbers.”