Johnson one step closer to Indy 500 start with oval test

Johnson one step closer to Indy 500 start with oval test 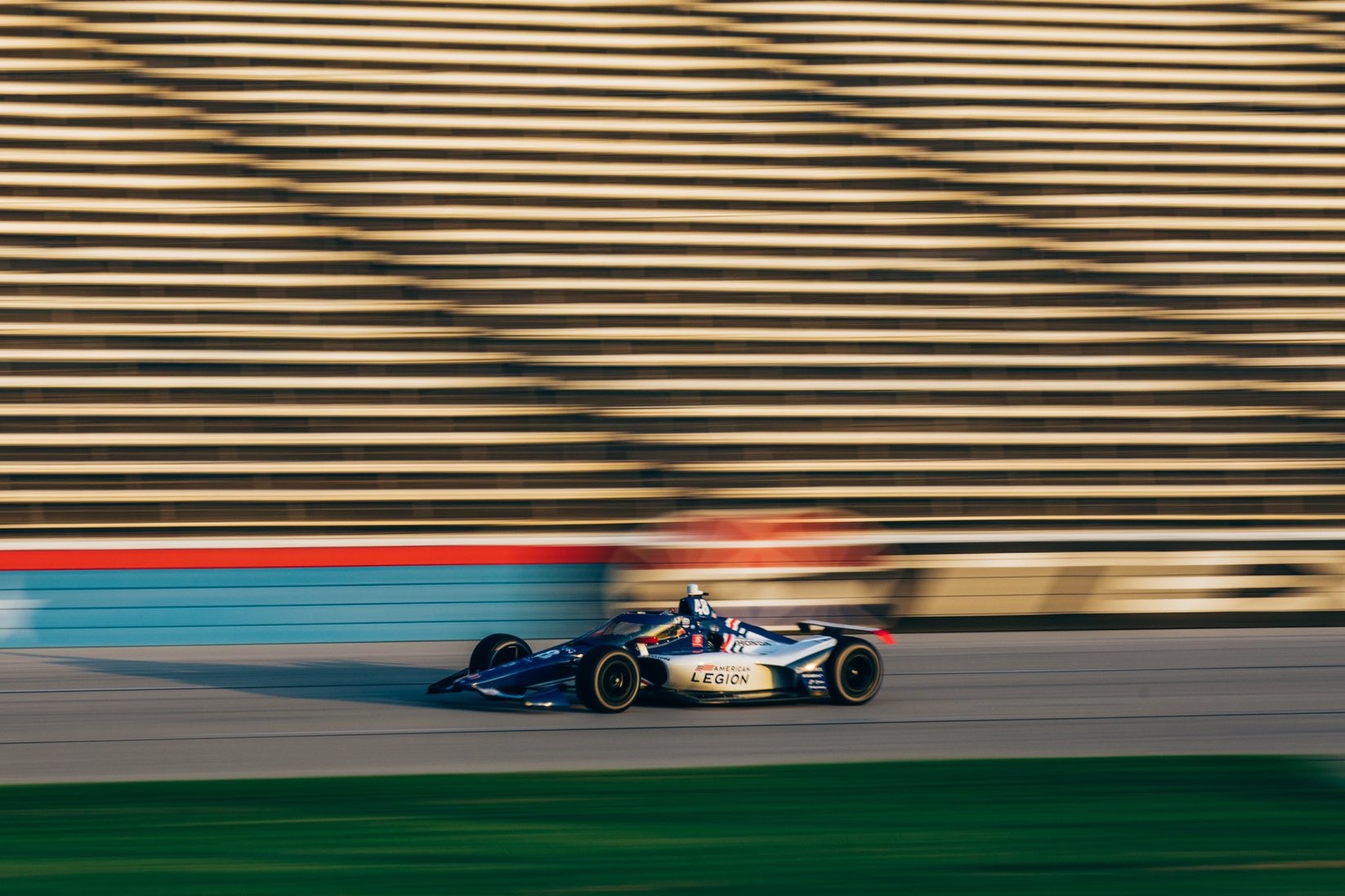 The seven-time NASCAR Cup Series champion is in the midst of a partial IndyCar Series campaign which is limited to the road course and street circuit rounds.

Amid a growing desire to contest next year’s Indianapolis 500, the 45-year-old this week tested on the high banks of Texas Motor Speedway.

There, he cut laps topping 214mph, a competitive time considering the absence of other cars and a low grip surface which wasn’t rubbered in.

“I really enjoyed it. The first few outings. [It] was definitely quite different with the speed around the racetrack, the feel of the race car and how nimble and lightweight the car is.

“But as I worked through my second set of tyres and [so] on, the car started to feel much more like home and certainly the track and being on an oval felt like home.

“By the end of the test session itself, I felt very comfortable and in a very familiar place, which was nice.”

There is, however, a hurdle to overcome should an opportunity be forthcoming.

As it stands, team-mate Tony Kanaan is contracted to race the #48 in next year’s 200-lap event.

In that case, Chip Ganassi Racing would need to field a fifth entry and Johnson source sponsorship for the car.

The next step towards that goal is a Rookie Orientation Practice (ROP), which could take place at Indianapolis Motor Speedway next month.

“I think that there are more conversations to be had with family, team and sponsors, at least another test session ahead of me before I can really make a decision, but driving the car yesterday only piqued my interest more.

“It’s funny, we’ve all laughed about it between IndyCar and myself, they need to see me on an oval. It’s just a technicality in the rule book, so that happened yesterday.

“And then the next logical step to run the 500 would be the rookie [session] – I think they call it ROP – and there is an opportunity for any and all rookies to go through that around the tyre test date that takes place in October, so I would participate in that.”

Some of Chip Ganassi Racing’s most well known exponents – past and present – Scott Dixon, Dario Franchitti, and Kanaan were on hand for the test.

For Johnson, their attendance and advice proved invaluable as he got up to speed.

“I feel like I’m taking in more than I can process at times,” said Johnson.

“I guess first and foremost the thing that stands out to me is how good a friends they are. The fact that all three travelled great lengths – especially Dario all the way from home in London – to come in and support me. The commitment from my friends and the team.

“It wasn’t an easy situation for the team. We have Portland coming up. We had awkward hours of being on track, a track location change. So everyone’s willingness to give me this opportunity is really probably the coolest thing of it all and the thing I take away the most from.

“But being on track and really being able to understand I guess more specifically to the car how much you need to sense through the weight of the steering wheel.

“I’m used to being sideways in a [NASCAR] Cup [Series] car and people can see it, I know it, the car is loose. I have oversteer, I need to work on the car. If you’re at that point in an IndyCar, it’s all over and you’re crashing.

“So that really kind of changed my mindset and the weight of the steering wheel, that’s the part that really talks to you about the grip level of the car.

“The lighter the wheel, nine times out of 10, the more oversteer you have in the car, and that means pit. Don’t wait until it slides. You’re probably not going to catch it; come in and let’s work on it. I would say that was probably the more specific car piece to me that we really dialed in on.”