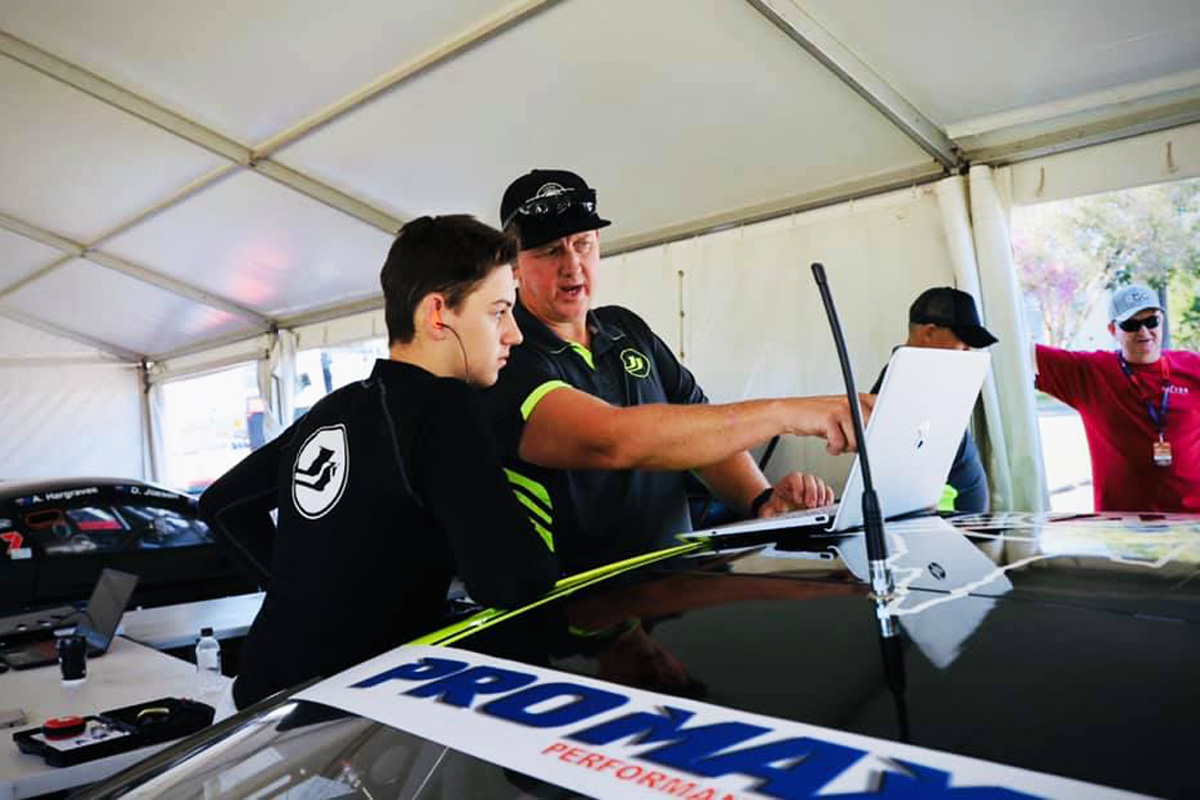 It’s been 22 years since Dick and Steven Johnson paired up for a shot at Mount Panorama glory; now the latter has voiced his excitement at one day mirroring that effort with his son, Jett.

The final two Bathurst 1000 starts of Dick’s illustrious career came alongside his son in 1998 and 1999, the first ending in retirement before taking fourth place the following year.

It’s been seven years since Steven last entered the Great Race but with comebacks for Russell Ingall and Greg Murphy sparking a new era of veteran wildcards, the possibility was floated on this week’s edition of the Parked Up podcast.

“It would be really cool to do,” said the second-generation racer.

“Jett and I did do a Hyundai race together down at Winton at the end of 2019 and that was a really cool moment, just sharing that with your boy.

“Obviously it would be a much bigger scale and different doing it on the stage at Bathurst in a Gen3 Supercar but I guess in this day and age, you never say never.

“If the opportunity arose and all of the stars aligned, I think it would be quite cool to do.”

The 46-year-old believes his regular place on the Touring Car Masters grid would hold him in reasonable stead, while Jett, 16, is quickly making a name for himself racing a TA2 Mustang.

“The good thing from my point of view is that I have been racing up until even April this year,” said Steven.

“It feels like an eternity [since I] raced but I have still been in the car, still been doing some competitive racing unlike Murph, I guess, and Richie Stanaway, who have pretty much stopped and haven’t been doing it for quite a number of years.

“But at least I have still been doing a little bit of driving and even that driver training that I do, you’re still getting behind the wheel, you’re still doing some fast driving, you’re still trying to perfect that skill while you’re teaching others as well.

“So I think for me to get back into the seat to do it wouldn’t be easy, but I don’t think it would be as big a step as what it would be if you got, say, DJ [Dick] back in the seat.

“He still knows how to drive and all that but it’s just, that muscle memory will come back, but how quick is it going to come back?

“I think that’s in my advantage, that I have still been competitively driving even though I finished in Supercars quite a number of years ago now.”

Steven did steer a DJR Team Penske Mustang as recently as September 2019, as part of engine evaluations for the following season.

Jett meanwhile is eyeing the chance to race in the National Trans Am Series at the Supercheap Auto Bathurst International in November.