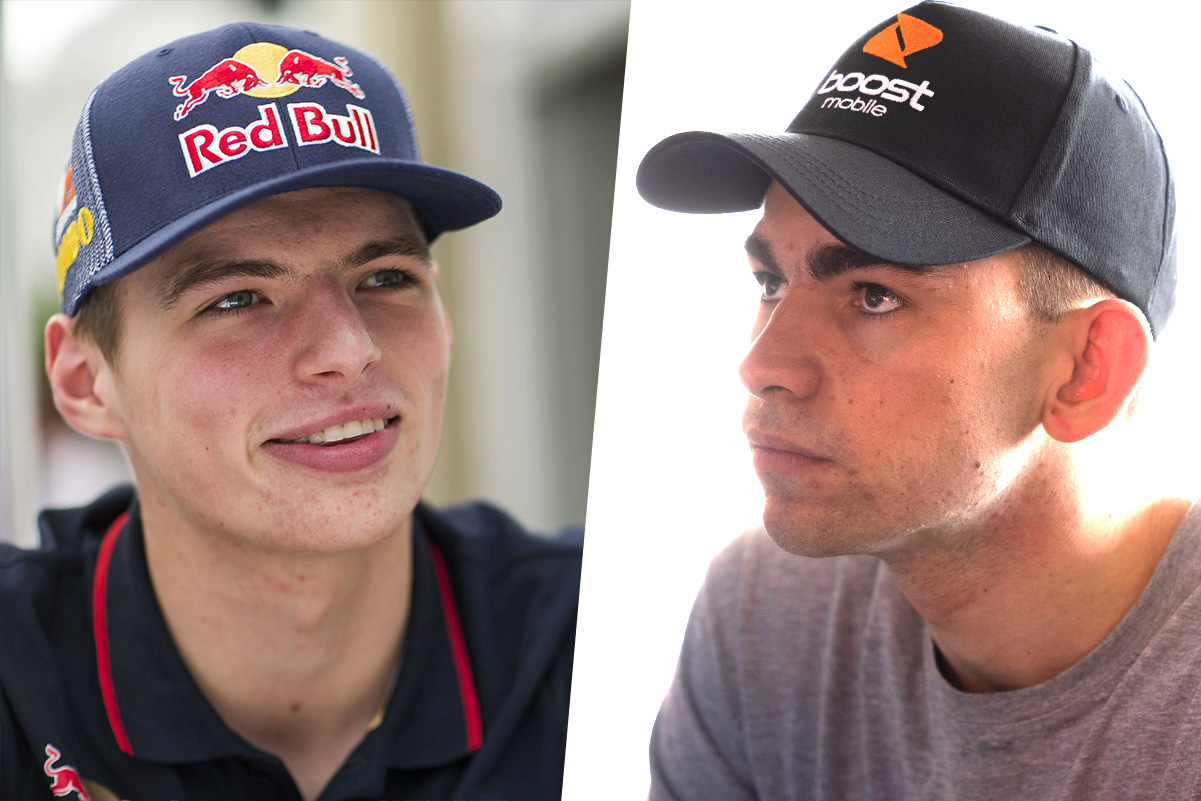 While Feeney won’t be the youngest driver to go full-time in the championship’s history, it’s the first time Triple Eight has signed a teenager to its main game roster.

For Dane, there are some parallels to be drawn with Dutch star Max Verstappen, who in 2015 joined the then-known Scuderia Toro Rosso full-time in Formula 1 at just 17 years old.

A prolific karting champion growing up, Verstappen was thrust into Formula 1 with little more than a season of competition in top-flight junior formulae.

In 2014 he contested the now-defunct FIA European Formula 3 Championship, in which he finished third before making his F1 practice debut later that year at just 17.

While the world of Supercars is a far cry from that of Formula 1, Feeney will go full-time with little more than a few years of tin-top competition under his belt.

“Last year when I flagged to Red Bull that Jamie would be stepping down at the end of 2021, and we discussed plans for the future, I said to them, ‘Look, I want you to allow for the possibility of us doing a Verstappen and going with a young talent that we think can really deliver the goods’,” Dane told Speedcafe.com.

“Max actually had some time in a Toro Rosso before he had stepped into the Red Bull Racing car over there, which maybe that’s akin to Super2 here, but certainly Red Bull have backed me all the way on this and have been prepared to assist this year with allowing for that possibility with backing Broc in Super2 this year.

“Yeah, I flagged it a year ago with them as a potential on those lines, so yeah, I do make the comparison with Max.”

Feeney has one full season in the Toyota Gazoo Racing Australia 86 Series, a title-winning Super3 Series campaign, a COVID-reduced Super2 Series rookie year, and his ongoing Super2 Series campaign with Triple Eight, which has also been hampered by the pandemic, to his credit.

While the team had a myriad of replacement options, Dane said he was unperturbed by Feeney’s lack of experience relative to other candidates.

“There are lots of drivers with lots of experience,” said Dane.

“If I count the number of races that Broc’s done in his life outside of karting, I’m sure I’ve done more; it doesn’t mean you’re any good.

“Lots of drivers have got a lot more experience, but so what? We’re looking for exceptional talent and trying to give that talent room to breathe and to perform.

“He’s fast and has got a great attitude,” Dane added.

“We wanted to have someone in the team who’s more than just another driver. Somebody who works well out of the car, with the fans, with the media, with all the partners, and is very quick.

“I also like the fact that he’s very adaptable. One of the aspects that I really like about Shane van Gisbergen is that he can get in and out of different cars in a heartbeat and be competitive.

“Broc has proven that to us, indirectly and directly over the last couple of years, watching him get in a Hyundai Excel and thrash everyone. Those one-make championships are difficult.

“Then, watching him get in a GT3 car with us and put it on pole against Garth Tander first time out. Those sort of things all come into play when making a decision.”