Whincup on Feeney signing: ‘We take risks at Triple Eight’

Whincup on Feeney signing: ‘We take risks at Triple Eight’ 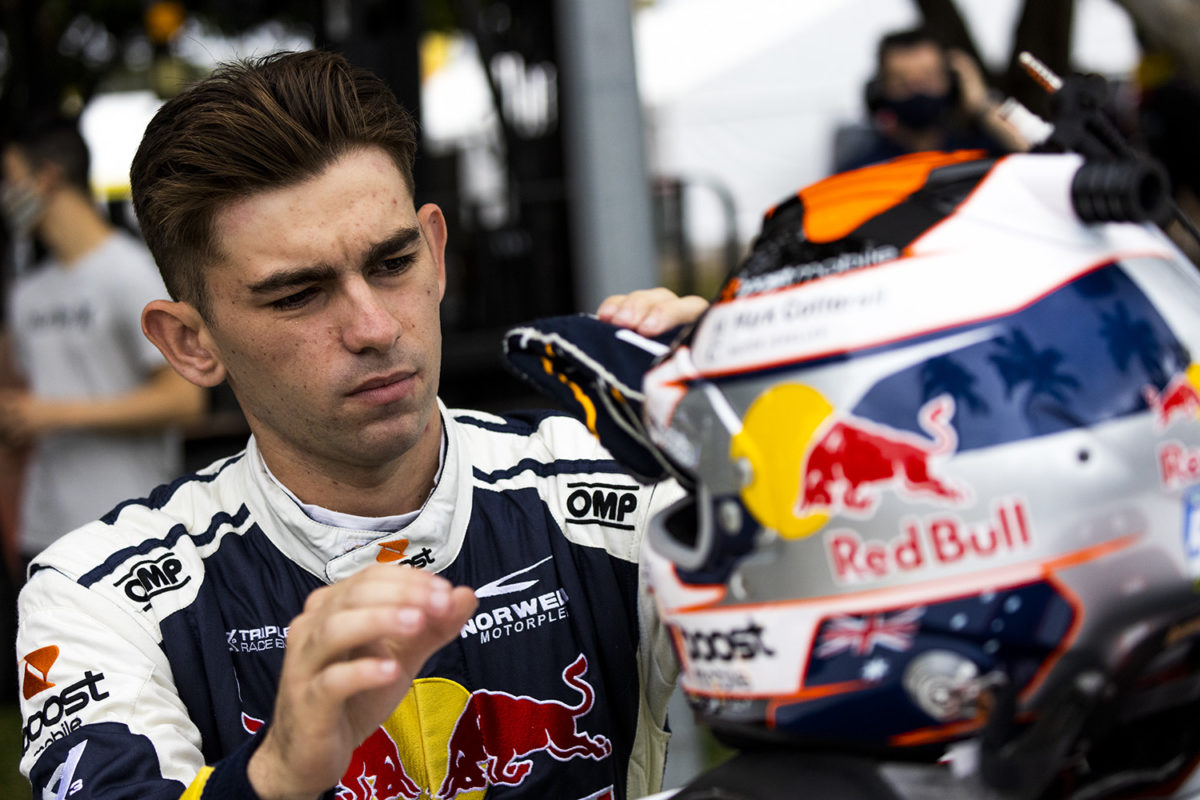 Future Triple Eight boss Jamie Whincup says that signing Broc Feeney as his replacement behind the wheel demonstrates that the team is willing to take risks and “have a crack”.

Feeney will step up to one of the highest profile seats in the Repco Supercars Championship in 2022 after effectively only two half-seasons in the Dunlop Super2 Series, although he has shown plenty of promise in particularly the latter of those.

The 18-year-old represents a clear change from Triple Eight Race Engineering’s highly experienced duo of Whincup and Shane van Gisbergen, with just 12 events in a Supercar to his name thus far, including a season of Super3 and the 2020 Bathurst 1000.

Nevertheless, the Banyo operation’s future managing director says that Feeney deserves his chance to shine at the category’s powerhouse squad.

“It’s obviously big news for Triple Eight that we’ll be bringing on a new recruit which is certainly exciting,” said Whincup.

“It’s a feel-good factor as well for myself and the shareholders to give a young kid an opportunity in one of the best seats in the category and to go out there and prove themselves.

“Of course, there’s five more rounds for me to go, but I’m looking forward to giving Broc the keys to whatever number he decides to run next year.

“I think some people will look at this decision and think we would have gone in an ‘established driver’ direction, but we’re not a team that takes things conservatively.

“We take risks at Triple Eight, we’re on the front foot and we have a crack and lead with our gutfeel, and it seemed right to give Broc the opportunity.

“Of course, there’s an element of skill, but more importantly than that, certainly for me, is you need someone with good morals and a good attitude who knows the definition of hard work.

“Broc ticks all of those boxes, but now it’s up to us to make sure we give him a fantastic car and build a fantastic team around him.”

As Whincup alluded to, Feeney has run #888 in Super2 this year, an identifier which has been mostly absent from the top tier since Craig Lowndes retired from full-time driving.

From 2019 onwards, the number has only been used when Lowndes has joined Whincup, who normally runs #88 when not the previous year’s champion, in the enduros.

The length of the Feeney’s deal has not been precisely disclosed, although it has been noted as “multi-year”.