When Feeney learnt of his future

When Feeney learnt of his future 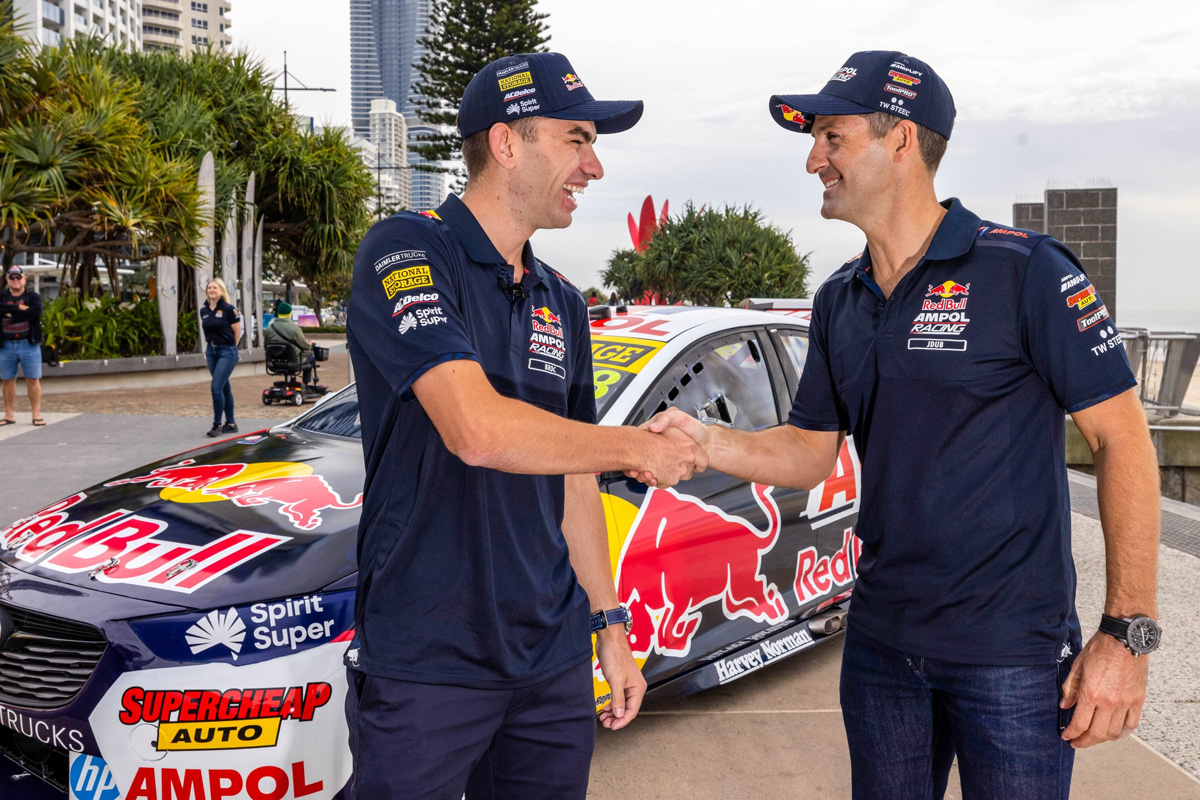 It was Monday, July 26 at just before 14:00 AEST that Broc Feeney made the call he’d always dreamt of.

That was, to inform his parents Paul and Sue he’d repaid their years of dedication by securing a full-time Repco Supercars Championship drive, succeeding the legendary Jamie Whincup at Triple Eight Race Engineering next year.

Tears flowed on both ends; Feeney, after all, is an 18-year-old P-plater who only learnt to drive a manual road car in late 2018.

Now he’ll line up on the 2022 main game grid representing the most successful team of the past 15 years.

It’s not yet clear whether he will don the #88 made famous by Whincup, the #888 he currently runs in the Super2 Series and most notably associated with Craig Lowndes, or a different number.

The seat is, however, a prospect that first became a possibility when he was weighing up his Super2 Series future last year, eventually settling on a switch from Tickford Racing to Triple Eight.

“It sort of first came [about] when Roland [Dane, Triple Eight managing director] approached us about doing the Super2 championship for the 2021 season,” Feeney said this morning.

“He mentioned to us that Jamie would be retiring this year and it would be his final year and someone needs to replace him.

“So I knew going into this season if I did a good job there would be the opportunity to replace Jamie and I think the team sort of had me in their back pocket and if I did do well, I’d be able to step up and fill that role.

“All the stars have aligned for myself this year and fortunately enough I’ve got some good results on the board.”

Feeney indeed leads the Super2 standings with four race wins from six starts, but he’s realistic about next season being a “massive learning year for me”.

“A lot of people don’t think a rookie should go into the best team in pit lane but I think it’s the perfect opportunity for myself to broaden my skills and be surrounded by the best environment,” he said.

“To be honest, it’s very hard for me at the moment to put an expectation on [2022]; obviously I haven’t gone up against these guys yet.

“I’ll be racing in the Bathurst 1000 in a wildcard at the end of the year which will be pretty exciting for me to have my first taste against these main game drivers, but the biggest thing for me next year is looking for a consistent year and learning as much as I can.

“I don’t want it to be up and down, I want to learn as much as I can, get some good results on the board and at the end of the day help the team as much as we can.”

In motorsport, a team-mate is considered your number one rival as the person you can directly be compared with – but for Feeney, he’s not intimidated about sharing a garage with current championship leader Shane van Gisbergen.

“If you aim high, you don’t stop until you get there, so I’ll be looking at Shane a lot over the next couple of years and try to chase him down as much as I can.”

All in all, he’s determined to carve out his own path to being a Supercars champion.

“I’m Broc Feeney; I’m not going to be Jamie Whincup or Shane van Gisbergen, I’m being myself,” he said.

“I want to look back on my career as hopefully a Supercars champion in a few years to come and I’m in the perfect team to do that.

“I know it’s up to me at this stage, I’ve got the best people around me so it’s my job to get the results on the board and hopefully look back on a successful career in a few years to come.”