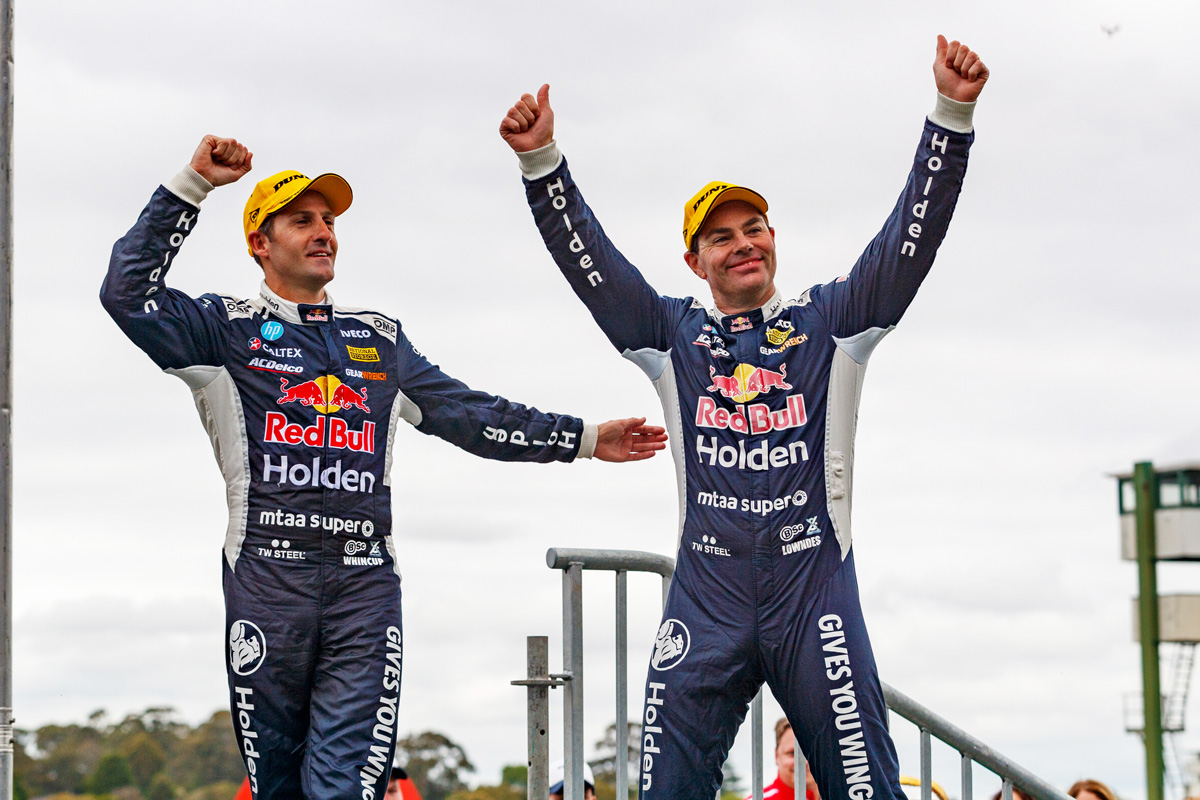 Broc Feeney was announced this morning as Whincup’s heir to the full-time throne, clearing up a key piece of the puzzle for the team’s 2022 plans.

But with Whincup eager to get his future racing fix in the form of co-driving at the Repco Bathurst 1000, Triple Eight has an enviable logjam on its hands.

This year, Whincup will again partner Lowndes – the duo having conquered the Great Race on three consecutive occasions together from 2006 to 2008 – while Shane van Gisbergen and Garth Tander will be eyeing back-to-back triumphs in the #97.

The potential for Whincup to slot in alongside Feeney next year could put seven-time event winner Lowndes’ place on the Mount Panorama grid in question.

Having noted their tendency to “announce stuff as early as possible” with relation to Feeney’s signing, Whincup indicated the team has something up its sleeve regarding future co-driving solutions.

“We’ve got a really good plan there, which we’re excited about,” he told Speedcafe.com.

“We just need to make sure that we align everything and sign off on that before we announce the co-driver line-up.

“But it’s more exciting news, which is great.”

Asked if that could involve a repeat of its 2021 wildcard effort, in which Feeney will share a Supercheap Auto ZB Commodore with Russell Ingall, Whincup did little to hose down the prospect.

“A wildcard makes a bit of sense, because we all want to see Lowndesy on the grid for as long as possible,” he said.

“So certainly that would make sense if I decide I’m going to continue co-driving, which right now, 100 percent I want to be a co-driver.

“I feel like I’ve still got a bit to offer the team as far as driving goes.”

Lowndes has been with Triple Eight since 2005, a year before Whincup was recruited to steer its sister car.

The 47-year-old has previously driven for the Holden Racing Team (winning championships in 1996, 1998 and 1999), Gibson Motorsport/00 Motorsport and Ford Performance Racing.