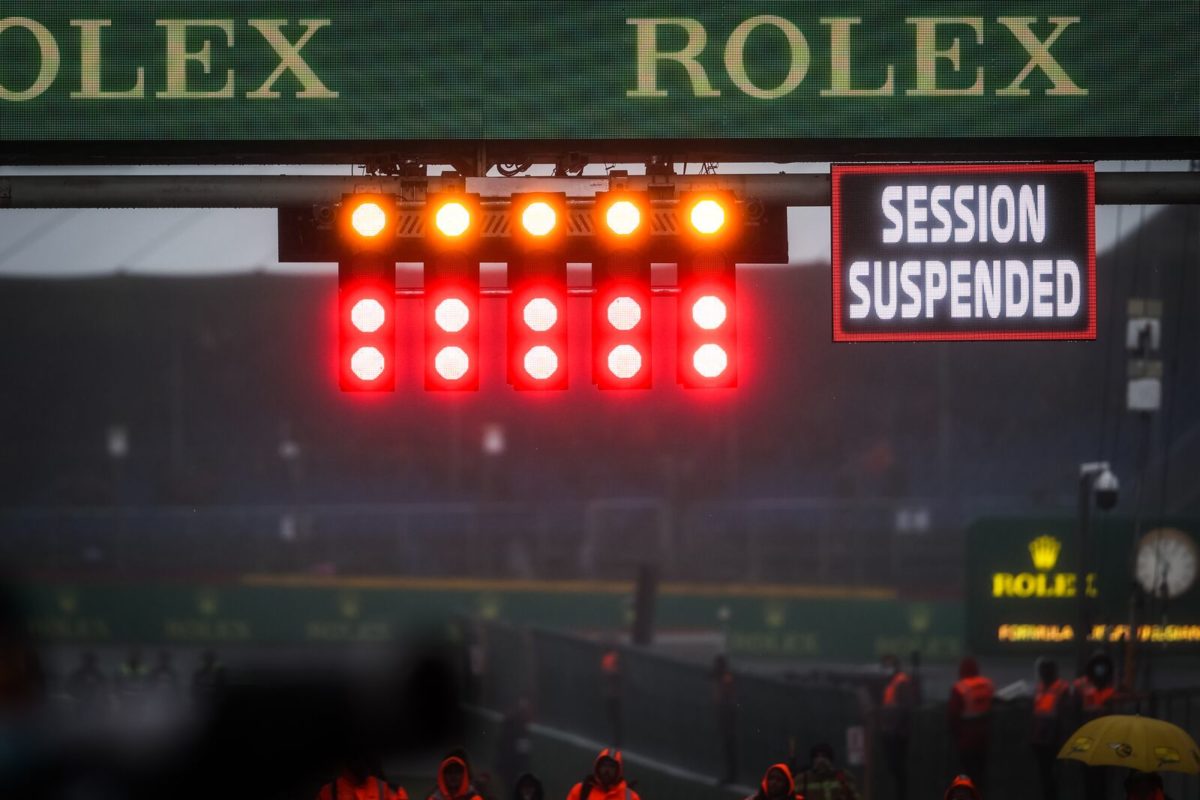 The Belgian Grand Prix was the shortest race in F1 history

The FIA, Formula 1, and team bosses will meet to discuss the fallout and how to avoid a repeat of Sunday’s Belgian Grand Prix.

In one of the most controversial events in the sport’s history, two laps behind the Safety Car in heavy rain was the sum of the ‘racing’ component of the weekend.

It’s prompted heavy criticism from fans, observers, and even the teams themselves after the protracted affair ended up with half points being awarded.

Asked in this week’s Pirtek Poll whether two laps was enough to constitute a race worthy of points, the overwhelming response from Speedcafe.com readers has been ‘no’.

In the wake of the event, Masi faced the media where he confirmed discussions would take place on how to avoid a repeat of Sunday’s disaster.

“After this weekend, at our next meeting for next year, we’ll look at a whole lot of things that we can all look at, to see what everyone wants to do,” he said.

“As you’re all well aware, we’re at one of those points that the FIA works with all 10 teams and F1 to develop the regulations.

“So we’ll go through all of the various scenarios and see what everyone thinks.”

On Monday, Sauber issued a terse statement voicing its own frustrations following the event.

The Swiss-based operation was arguably one of the biggest losers from Sunday’s affair after championship rivals Williams banked another double-points paying result – a factor that could be worth tens of millions of dollars at the end of the year.

“The decision not to race in these conditions was the right one, in the interest of protecting the safety of the drivers, the marshals, and the spectators themselves,” the statement read.

“However, the situation would have been dealt with a lot more appropriately by not having at all the ‘race’ we witnessed yesterday: this outcome hurts us all, but in particular hurts fans of the sport, who didn’t get the show they came to see.

“We hope lessons were learnt yesterday, lessons that will improve the way we operate in the future and that put the supporters of our sport in the position they deserve to be.”

Asked by Speedcafe.com if there were things that could have been different on Sunday, McLaren’s Andreas Seidl was unsure.

“To be honest, nothing that comes into my mind at the moment,” he responded.

“That’s why I think it is worth trying, even in difficult conditions, as long as it’s safe to put up the show.

“But, safety obviously must be protected and that has been done, so be honest, I’m happy in the end with the outcome.

“There was no risk for anyone. We tried what was possible but we had to accept it was not possible in the end the race.”