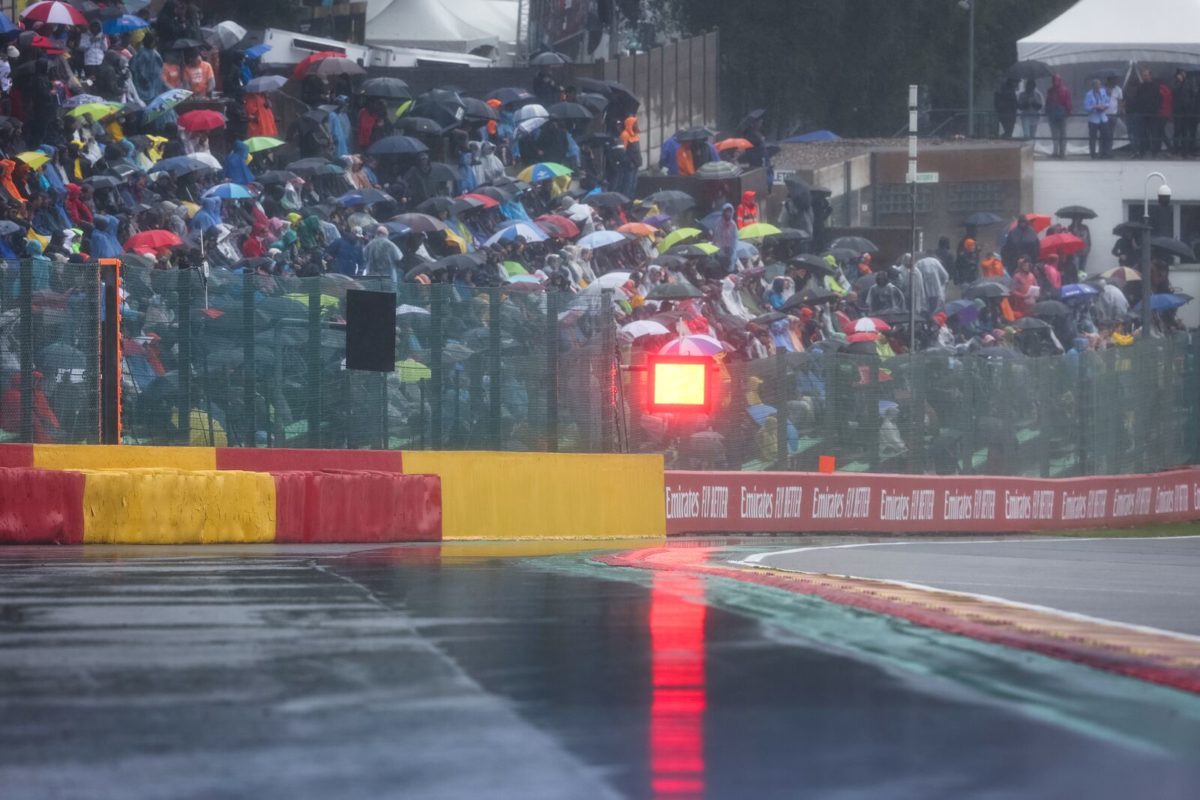 Formula 1 boss Stefano Domenicali has stated there was no commercial pressure applied with regards to the Belgian Grand Prix.

Sunday’s race was the shortest in F1 history, officially with just a single lap having been completed.

In reality, no racing took place with the field trailing the Safety Car for two tours of the Spa-Francorchamps circuit prior to the red flag being shown.

That ensured the ‘race’ met the minimum requirements for world championship points to be awarded – itself a controversial issue.

“Two laps or zero laps, it doesn’t make a difference in that respect,” Domenicali said to questions whether the limited running was to somehow meet contractual obligations with the event promoter.

“When I hear that there was some commercial discussion behind that, it’s totally not true, because when we’re talking about racing, there is responsibility, that is a clear process, and those things are not connected at all.”

“No, none, zero, never,” he reiterated when asked again about potential commercial motivations.

“And that would never become part of my consideration… not at all.”

The Italian subsequently revealed that F1 is entitled to its full sanctioning fee regardless of how events on Sunday unfolded.

“Absolutely. That’s why I said to consider that as something related to a commercial implication is wrong,” he explained.

“For the people, of course, it’s a shame, because it’s something that everyone wants to see, a proper race, but I think that the decisions taken by Race Control are absolutely correct.”

Scheduled to commence at 15:00 local time, a 25-minute delay saw cars finally trail the Safety Car away from the grid before heading into the pits – the race having not officially started.

A three-hour delay then followed before cars again headed out behind the Safety Car for two laps, this time the race having begun.

“There was the wish and the will to do the race and as soon as there was information, I was following what was the situation there, there was a window of possible weather improvement to try to do the race,” Domenicali said.

“Then as soon as they restarted, the comments were pretty clear, and on the other side another weather forecast received, not possible.

“Despite the disappointment for everyone, I think in terms of management, it was the right thing to do.

“It was the point of trying to do the race.

“I think on that, Race Control tried to do the maximum to do it, so as I said, it’s not a problem of laps or no laps, it’s really unfortunate conditions.

“You need to consider safety for everyone, and that’s very, very important.

“As I said, the first to be disappointed is me, because I love racing, but there are always conditions where you cannot do it.”

Domenicali also distanced himself from Lewis Hamilton’s calls for fans to be refunded, stating that the sale of tickets was the responsibility of the promoter.

“It’s something we can discuss with the organiser; we are not the ones that are putting the tickets,” he said.

“Some sign of attention could be done, so it’s something that as a gesture of attention, in terms of what will be the right reward in this condition.

“Unfortunately the race is not there. You can pay the ticket and it is what it is.

“At the end of the day, for sure, the organiser, together with us, will consider the attention, the maximum attention to the fans, that’s for sure.”

The Italian also confirmed FIA race director Michael Masi’s assertion that there was no option to postpone the race due to logistical reasons.

“Not for logistical, not for a lot of reasons, you cannot schedule the race the day after for many things, related to availability of marshals, availability of other stuff,” Domenicali said.

“That was considered, of course, but it’s not possible.

“With the promoters, everything is very close, they followed the decision process, so they are not out of that.”

Max Verstappen won the ‘race’ ahead of George Russell and Hamilton.

With half points awarded, the Red Bull driver now trails Hamilton by three points in the world championship.

Formula 1 heads to Zandvoort this weekend for the Dutch Grand Prix, opening practice for which commences at 19:30 AEST on Friday.