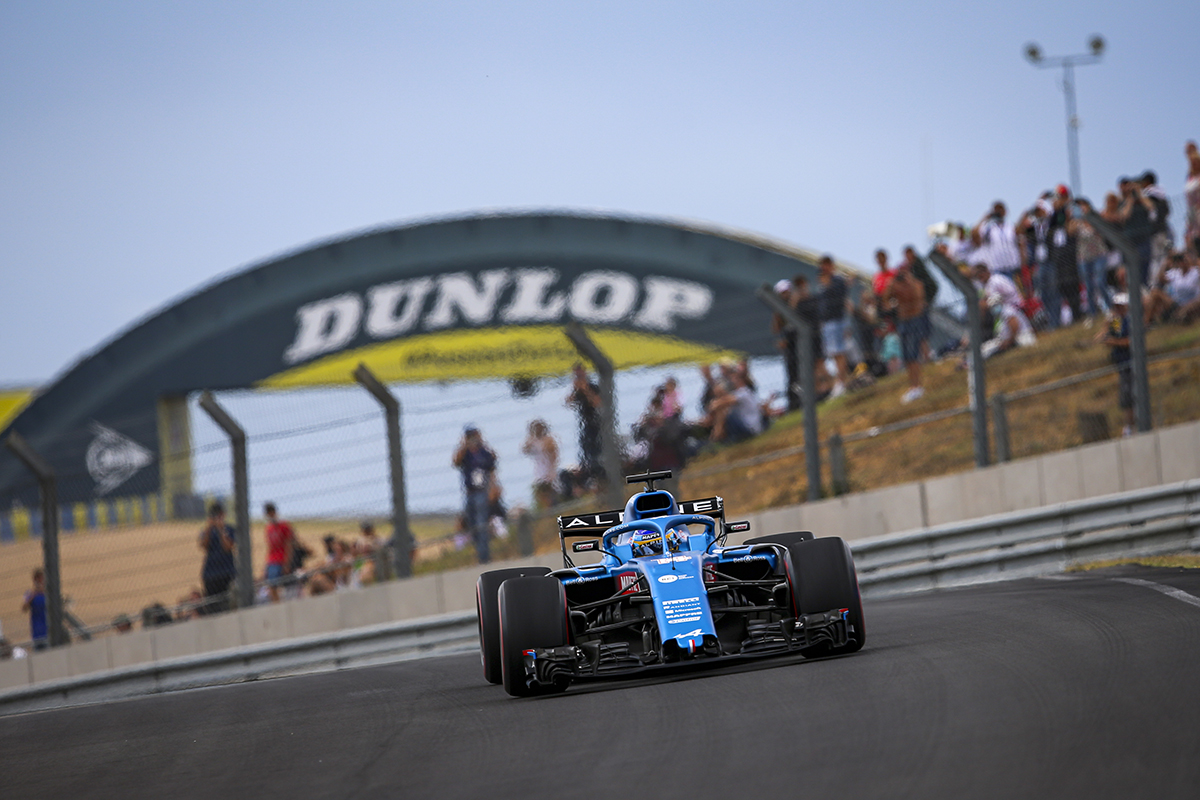 A Formula 1 car could lap La Sarthe in under three minutes according to two-time world champion Fernando Alonso.

The Spaniard has claimed world titles in both F1 and the World Endurance Championship, taking two wins at the 24 Hours of Le Mans en route to the latter.

Though not competing in this year’s event, the 40-year-old was in attendance as he performed a demonstration for French manufacturer Alpine.

That saw him take the wheel of an F1 car, the first time he’d been on track at the venue since he won with Toyota in 2019.

“I think the simulation says like something under three minutes,” Alonso said when asked how fast he could have gone.

“But then you have to execute the lap and it was not that easy because, honestly with an F1 car, I felt the long straights were a little bit unusual for our tyres, our cars.

“So the braking points after the long straights would be tricky because the front tyres tried to lock up and things like that.

“So, if you really go for it, and you push, it will be quite stressful.”

The La Sarthe circuit is one of the most storied in world motorsport, having first been used in 1923.

Though it has undergone changes over the years, the 13.629-kilometre circuit remains recognisable of that used in the famed event’s first edition.

That includes sections of public roads, including the run from Tertre Rouge to Indianapolis along the Mulsanne Straight and back.

While Formula 1 has visited Le Mans – it hosted the French Grand Prix in 1967 – it did so on the abridged Bugatti circuit.

“It could be fun for sure to race there,” Alonso admitted when asked about F1 racing on the full Circuit de la Sarthe.

“I think it will not take too much in terms of preparation or engineering to go to tracks like Le Mans.

“Even with very short time, I think our car was basically prepared to do that demo lap, and it was close to a race situation.

“But I don’t know those speeds,” he added.

“Talking about safety standards, probably will have to change a few things [with] the track itself.

“It would be way too fast and way too narrow in some of the sections on the straights.

“So potentially, it would require some changes.”