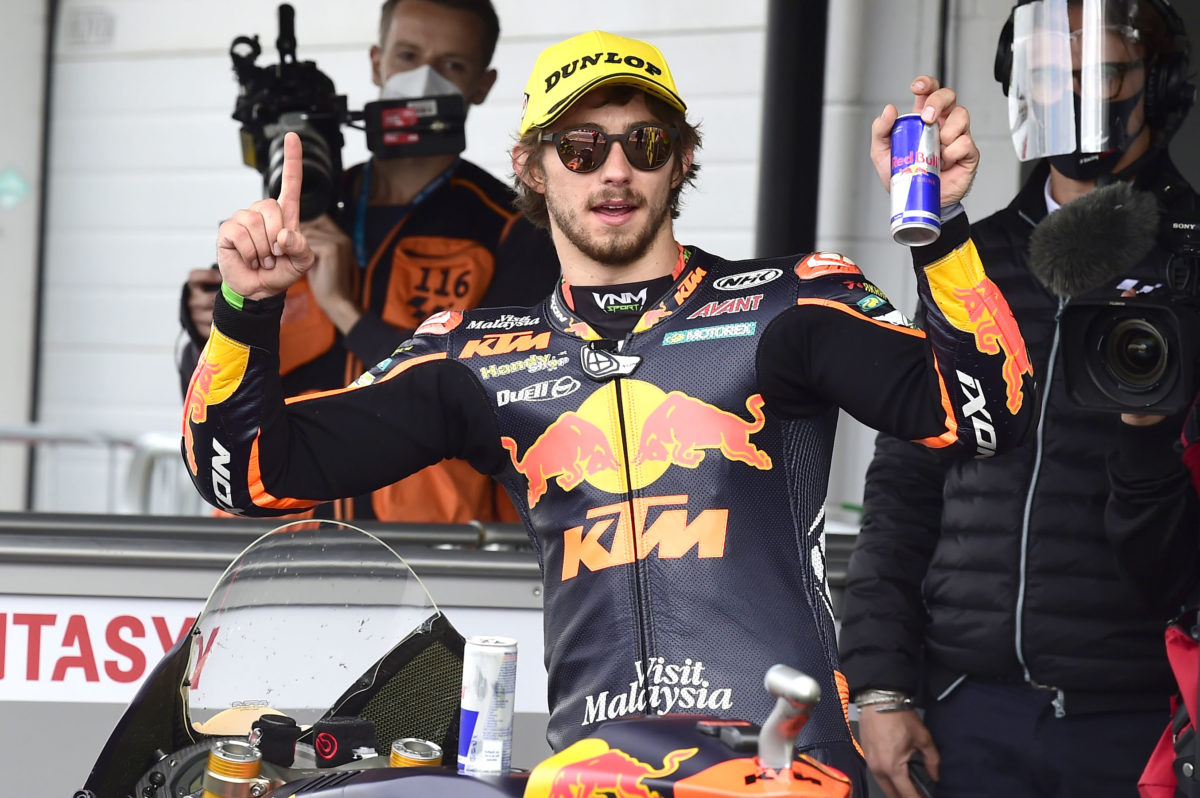 Gardner spent the vast majority of the 18-lap race in a vigorous battle for the lead with Marco Bezzecchi, before securing a fourth win of the season and fifth of his Moto2 career.

Ajo was surprised that the VR46 rider remained a thorn in the Australian’s side for so long at Silverstone, especially having opted for the soft compound rear tyre.

However, he also felt that a Gardner victory was almost inevitable anyway.

“I think that he’s mentally so strong and relaxed mood at the moment,” said the Finn of the championship leader, just after the race.

“Somehow, I expect that he will handle it somehow.

“But actually, I didn’t expect so big fight with Bezzecchi, especially that I was quite sure that the soft tyre that he was using that it doesn’t last so long and I was quite surprised about that, so really, really great fight from Marco as well.

“But mentally, one rider today was on the top of the others.”

Gardner now leads the championship by 44 points, or 1.76 races, with six rounds to go.

He was already on to extend his advantage over team-mate Raul Fernandez at the top of the table to 35 points when the rookie crashed out of seventh position inside the final four laps.

Ajo described the outcome as a “shame” for Fernandez, but noted it was a rare blemish this year.

“It was a difficult weekend somehow for Raul; he was struggling a lot with the grip, and after this really, really great races in Austria, of course it’s shame for him.

“But on the other hand, we have to understand that, okay, he’s rookie and has not made many mistakes this year, so [it is a] shame.

“But I think in Aragon, Raul will be f***ing strong again.”

In Moto3, Romano Fenati capped off his dominance of the weekend with an all-the-way race win on his Husqvarna.

Round 13 of the season is the Aragon Grand Prix, at MotorLand Aragon, on September 10-12.