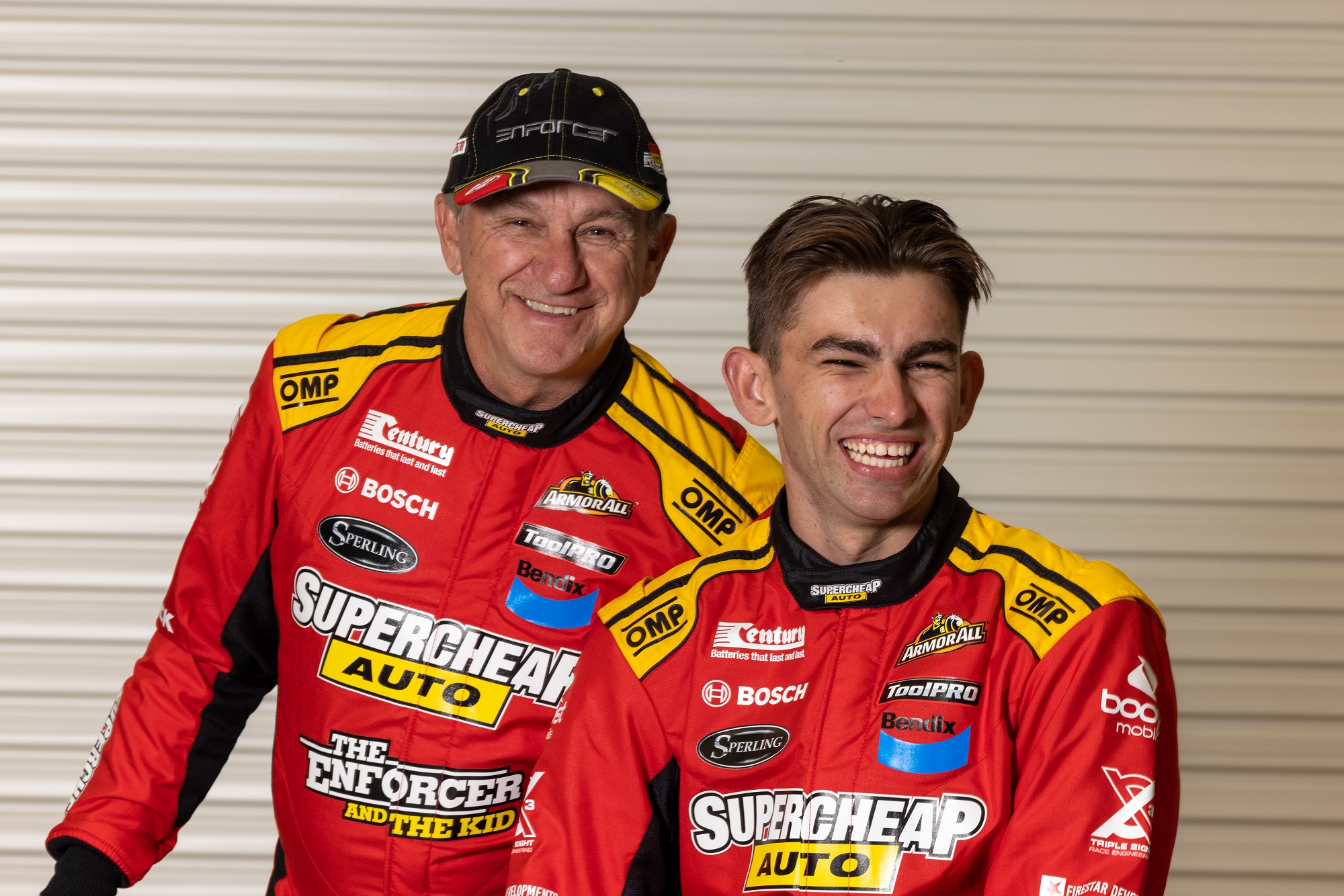 ‘The Enforcer’ and ‘The Kid’ will contest this year’s Repco Bathurst 1000 in a Triple Eight Race Engineering-prepared Holden ZB Commodore.

The pair last tested at Queensland Raceway on August 11 and have now confirmed their second and final outings for September 7 and 27 in preparation for their wildcard.

After making his first Bathurst 1000 appearance on his birthday last year alongside James Courtney at Tickford Racing, Feeney. 18, is set for his second start in the Repco Supercars Championship.

This year the Gold Coast youngster joined Triple Eight in the championship feeder Super2 Series, which he currently leads.

Ingall, 57, returns to Supercars for the first time since 2016, his last Bathurst 1000 appearance coming with Rick Kelly at Kelly Racing.

This year will mark Bathurst 1000 start number 26 for Ingall.

Coincidentally, the #39 that they’ll run under is the number of years that splits Ingall and Feeney in age.

This year’s Bathurst 1000 is currently slated for November 4-7 but is firming for a December date change.