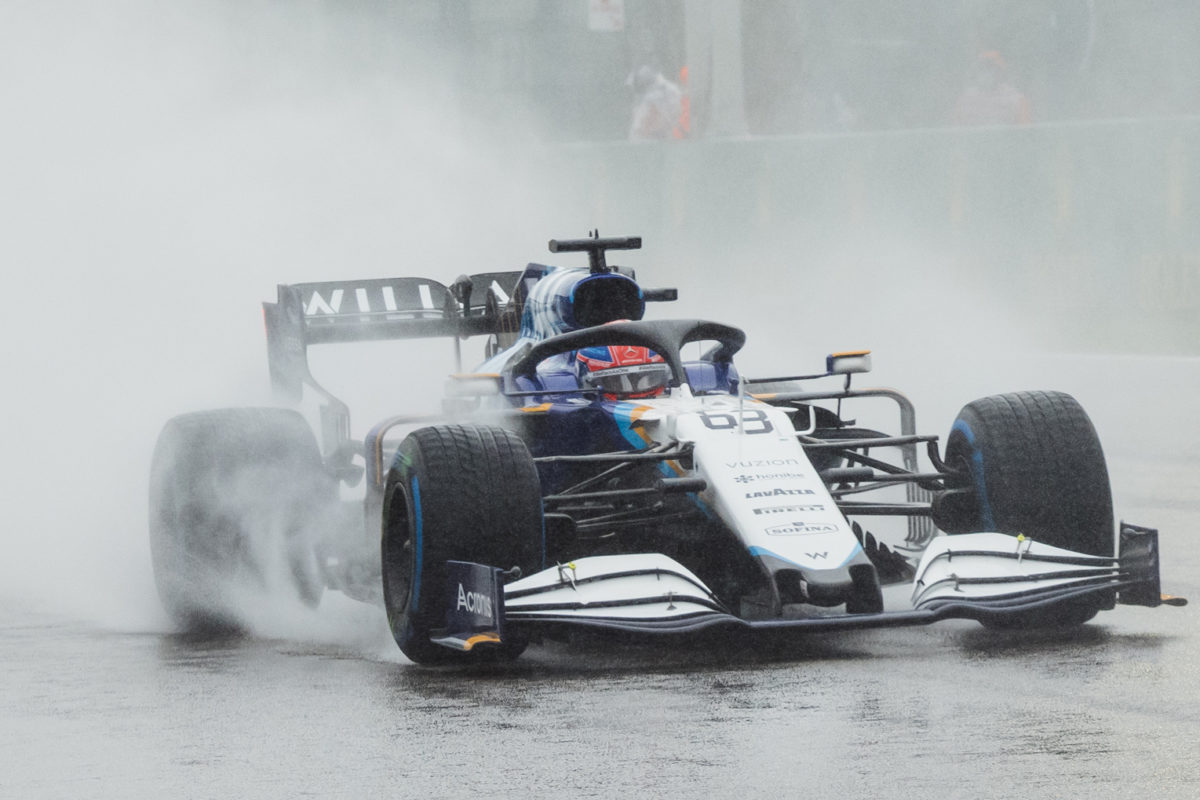 George Russell was arguably the biggest benefactor of the bizarre Belgian Grand Prix as he claimed his first Formula 1 podium.

Only two laps were completed in the race, both behind the Safety Car, ensuring Russell of the second step on the podium after a stellar performance on Saturday.

The Williams driver had stunned with the second fastest time in qualifying, for a time looking as though he might steal an unlikeliest of pole positions.

He was ultimately denied by Max Verstappen, and while he expected to fall backwards during the race still targeted a points-paying result.

As events would pan out, he achieved rather more than that.

“We don’t often get rewarded for great qualifyings and we absolutely did today,” he said.

“The whole team deserve it, because they’ve been so much hard work going into this over the last few years and there’s not really been anything to show for it, or proof for it,” he added.

“We absolutely nailed it yesterday and here we are, standing on the podium.

“I can tell you I didn’t expect that this year, that’s for sure.”

Russell’s podium came in what was his 50th F1 start and marked the second consecutive race in which he’s scored points for Williams.

The team’s other driver, Nicholas Latifi, was also in the points in ninth place.

Having qualified 12th fastest, the Canadian found his position improved courtesy of grid penalties for Valtteri Bottas and Lando Norris to officially start the race 10th.

That became ninth when Sergio Perez crashed on the sighting lap to the grid pre-race.

With only half points awarded, Latifi picked up a single point for the team.

Combined with Russell’s nine points for second, and the 10 points scored by the duo in Hungary, Williams is now well clear of Alfa Romeo (three points) and Haas (zero) at the foot of the constructors’ standings.