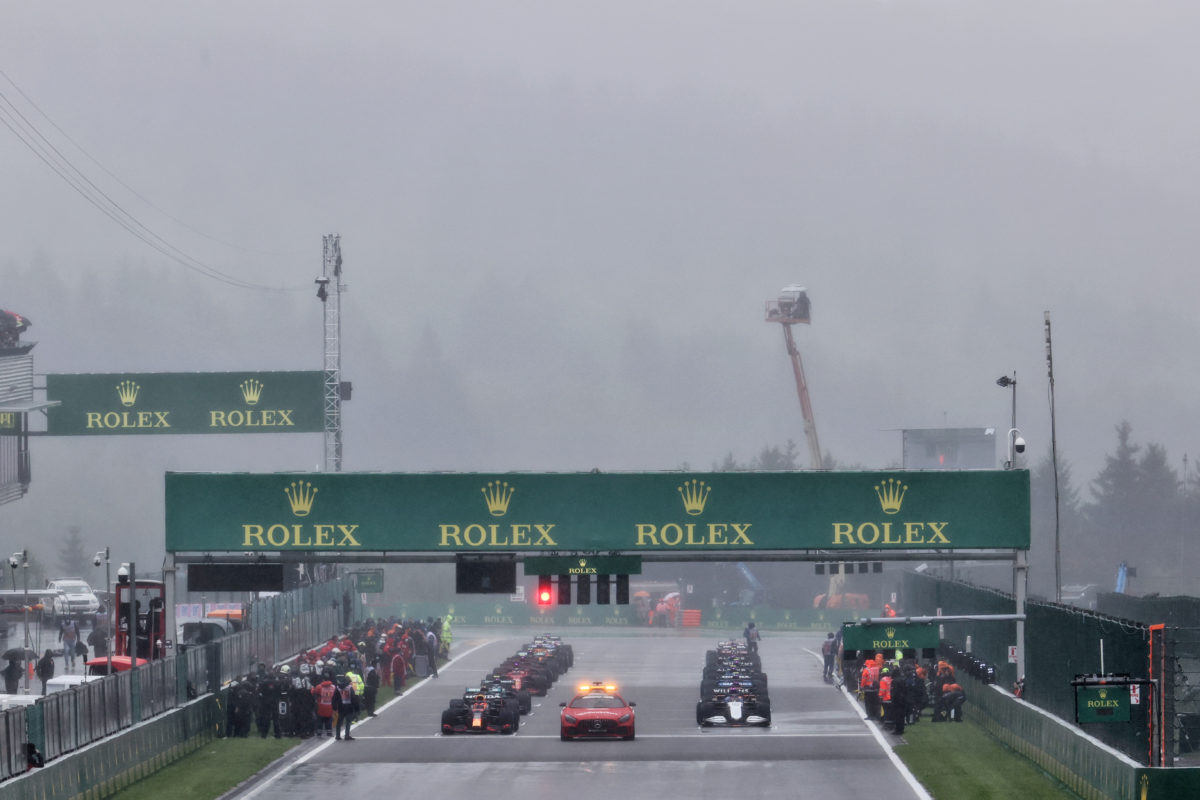 Does the threshold for awarding points in a Formula 1 race need to be changed?

That’s what we’re asking in this week’s Pirtek Poll after one of the most controversial races in the sport’s seven-decade history.

That was a result that came about only after a more than three-hour delay as rain battered the Ardennes venue, officials sitting it out in the hope conditions would improve.

Ultimately, they made a call, and sent cars out for two laps behind the Safety Car, running that in the FIA’s eyes was enough to have half points awarded.

It’s only the sixth time in the history of Formula 1 that half points have been handed out, and the first time since the 2009 Malaysian Grand Prix which was abandoned after 32 of its 56 laps.

Under the regulations, a race must exceed 75 percent of its scheduled distance for full points to be awarded. Given the delays in Belgium, that was never a realistic possibility.

Those same regulations, specifically Article 6.5 of the Formula 1 Sporting Regulations, states that “half points will be awarded if the leader has completed more than two laps but less than 75% of the original sprint qualifying session or race distance.”

In the opinion of the FIA, the Belgian Grand Prix “completed more than two laps,” with sources confirming to Speedcafe.com that the field crossed the control line on three occasions- once in the fast lane in the pits.

By crossing the control line three times, it suggests three laps were completed and therefore the race is eligible for half points.

However, there is another interpretation which argues it is not.

That argument goes that, for cars to have crossed the control line in pit lane, they can only have done so under red flag conditions, which in turn means cars have only officially completed two laps.

Since that is not “more than two laps” it falls short of the measure needed for any points to be awarded.

It’s a view supported by the final race classification, which shows only a single lap having been completed despite drivers circulating the Spa-Francorchamps circuit behind the Safety Car twice.

That’s due to Article 51.14 of the Sporting Regulations, which outlines that results of a race that cannot be resumed are taken from the end of the penultimate lap prior to the stoppage.

In this instance, that’s the end of the opening lap.

Interestingly, the results include an explanation as to how they were reached, which is uncommon.

“Results have been calculated in accordance with Article 51.14 of the FIA Formula One Sporting Regulations, namely at the end of lap 1 being the penultimate lap before the lap during which the signal to suspend the race was given,” a note on the final race classification reads.

“However, for the determination of points, Article 6.5 is applicable, the leader having crossed the Control Line 3 times, therefore complying with the requirement for the leader to have completed more than 2 laps in order for half points to be awarded.”

Casting the regulatory aspects of the situation aside, the two laps of running has left a sour taste in the mouths of fans, drivers, and pundits.

Coming in for particular criticism is the low benchmark a race needs to clear for points to be awarded.

F1 has also come under fire for the confusing manner in which it managed the delays, and the impact that in turn had on the race length – a point not openly communicated or shared with fans and only discovered through scouring the regulations.

“It’s fair to say that if a race can go from a scheduled 44 laps to 39 laps remaining without actually officially starting, then the regulations need a rethink,” opined driver-turned pundit Martin Brundle on social media.

“Sorry we let you down in Spa, F1’s done great job of entertaining during the pandemic but today was a low point.”

Lewis Hamilton went so far as to call the race a farce, while others apologised to their fans for the sport’s inability to deliver a race.

While there is no doubt conditions in Belgium were extreme, the safety of the drivers is paramount and the right call was therefore probably made with regards to delaying the race.

However, the decision to send cars out for two laps and award points is more subjective and begs asking if it is sufficient running for points to be awarded.

What do you think; does the threshold for the awarding of points in shortened races need to be changed?