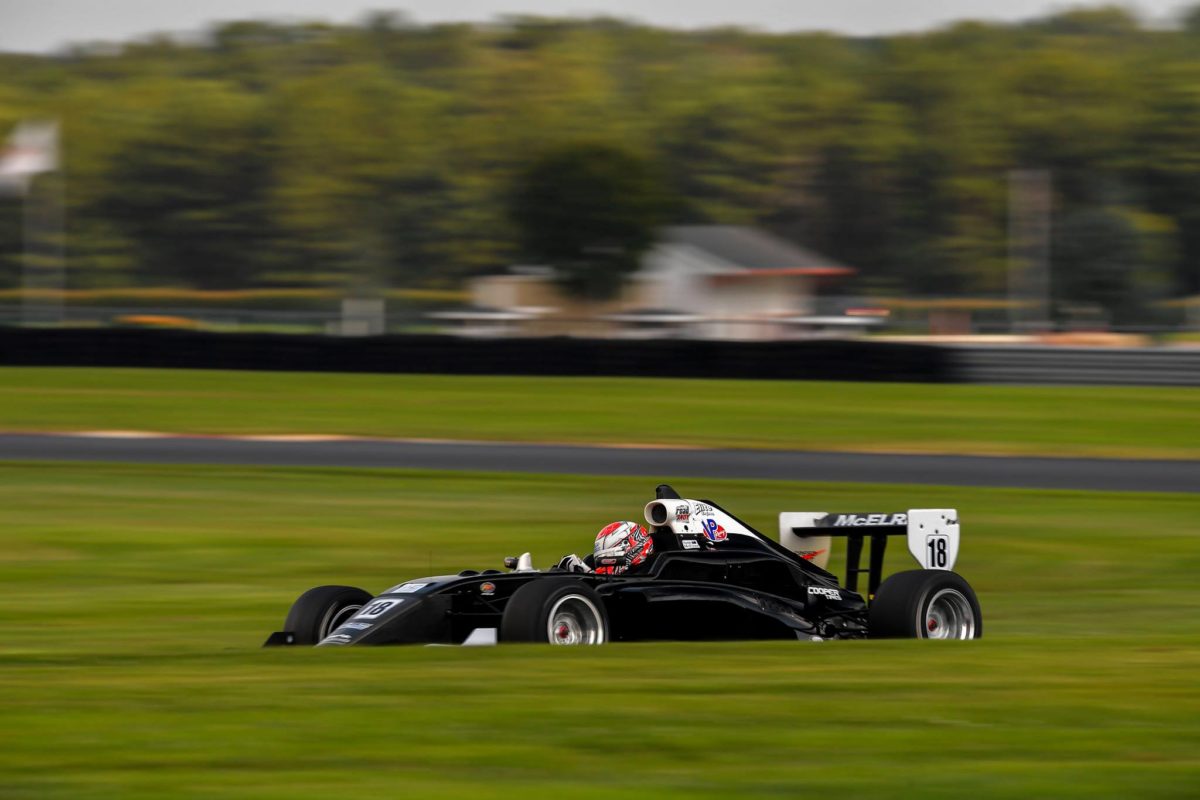 Those results came off the back of strong qualifying performances for the New Zealander, who put his Pabst Racing entry second on the grid for Race 1 of the weekend and on pole for the other two.

It was in Race 3 that he fully capitalised, however, getting the jump at the start and romping to a 12.4977s victory over Braden Eves after 25 laps.

McElrea had finished second in similar fashion in a wet Race 2, when Artem Petrov passed him at the first corner after the Safety Car peeled off and ultimately prevailed by 15.4326s.

Said the 2018 Australian Formula Ford title winner about his Race 3 triumph, “I knew I had to win this weekend and I knew I was fast, but when you can win by 12.5s, that’s awesome. That was the best race ever.

“I knew I had to get the start – I was pretty angry at myself that I let Artem by in the rain earlier today; that wasn’t going to happen again.

“To check out was great, even though I had to deal with a lapped car for a bit mid-race. When you’re leading, it’s so frustrating to deal with dirty air.

“I was having so much fun, I didn’t want it to end. The car was so hooked up, I was just having fun.

“To dominate like that, that’s what we live for, especially after the race earlier today when I didn’t have enough for Artem in the full wet conditions.

“P3 in the championship, so some good points this weekend. I’ll be smiling for a bit after this.”

Race 1 was a far closer affair, with Reece Gold first to the chequered flag but under pressure from McElrea in the closing stages.

In the championship standings, Christian Rasmussen has 392 points, Eves is on 374, and McElrea has 347.

The final two races of the Indy Pro 2000 season take place at Mid-Ohio on October 1-3.

Meanwhile, in the weekend’s W Series round at the Formula 1 Belgian Grand Prix event, Emma Kimilainen won as Australian Caitlin Wood finished fifth in her second start of the season.

Neither Ayla Agren nor Beitske Visser received medical clearance to race after being hospitalised following a multi-car crash in qualifying, but are expected to be in action this coming weekend at the Dutch Grand Prix.