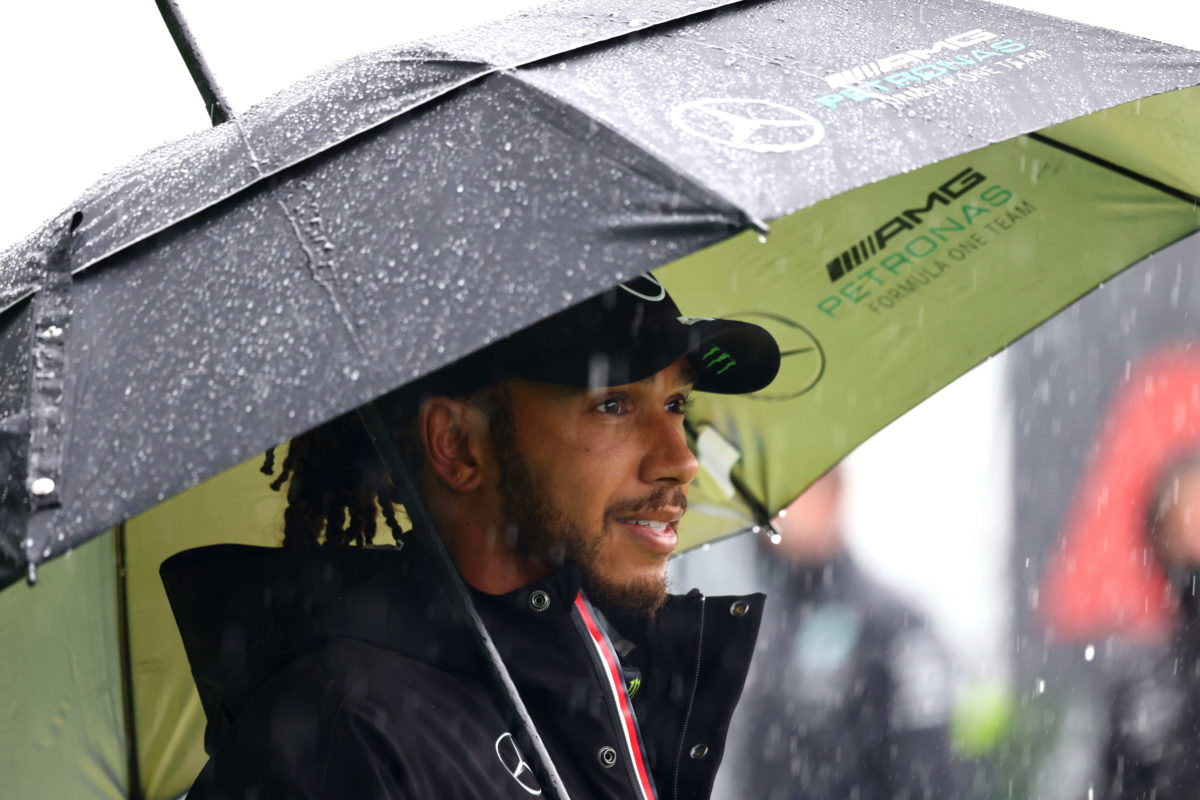 Lewis Hamilton has suggested there were financial motives at play in the decision to call off the Formula 1 Belgian Grand Prix after two laps behind the Safety Car.

Hamilton was classified third in the race which never took in a competitive lap, Max Verstappen the victor over George Russell.

Heavy rain saw the start delayed before cars were sent off behind the Safety Car on ‘formation laps’ that did not count towards the race itself.

They then returned to the pits with conditions deemed too bad to continue, remaining there for nearly three hours.

Finally, they were sent back out on track behind the Safety Car in a move many have suggested was a cynical ploy to ensure the race got a result.

It’s a view denied by FIA race director Michael Masi, but one subscribed to by seven-time world champion Hamilton.

“Money talks, and it was literally, the two laps to start the race, it’s all money scenario,” he told Sky Sports.

“So everyone gets their money, and I think the fans should get theirs back too because, unfortunately, they didn’t get to see what they came and paid for.”

The 36-year-old didn’t stop there, further criticising the decision to sent cars out for two laps behind the Safety Car in conditions that were arguably worse than they’d run in earlier.

Under the regulations, two laps is the minimum requirement for an official race result to be declared.

“I think the sport made a bad choice today,” said Hamilton.

“Of course we wanted to race.

“There’s a minimum of two laps that you need to do to count as a race, and between that gap of stopping the first time to the second time, it had rained consistently.

“There’s only one reason they sent us out,” he added.

“So that’s why I feel more bad for the fans.”

With half points awarded for the race, Hamilton’s championship lead now sits at just three points over Verstappen.

Formula 1 heads to Zandvoort for the Dutch Grand Prix this weekend for Round 13 of the championship.