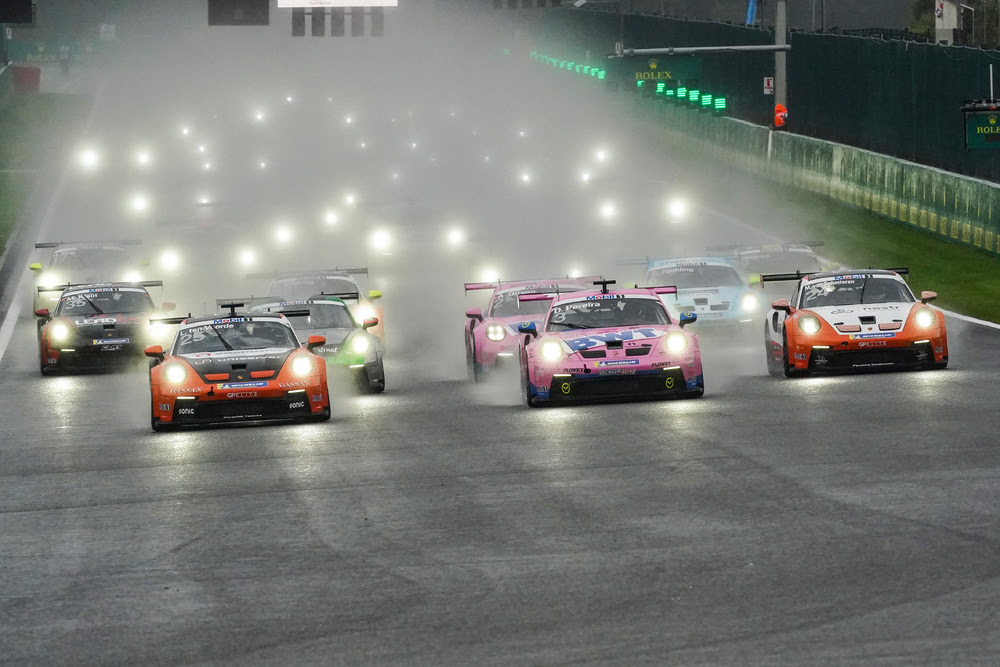 The Supercup field at Spa

Jaxon Evans finished 13th in Round 5 of Porsche Supercup after being turned around at a wet Spa-Francorchamps.

The New Zealander remains second in the standings, but failed to make up any ground on Larry Ten Voorde, who claimed ninth on the day at the Belgian Grand Prix event.

Ten Voorde was another who rotated during an incident-packed race which included three Safety Car periods.

The Dutchman and eventual race winner Dylan Pereira had made contact at Eau Rouge, just metres after the start, which would prove decisive.

Pereira survived heavy pressure from Ayhancan Guven to take a one-second victory over the Turk, with Laurin Heinrich finishing third.

Round 6 of the season supports the Formula 1 Dutch Grand Prix at Zandvoort, this coming weekend.