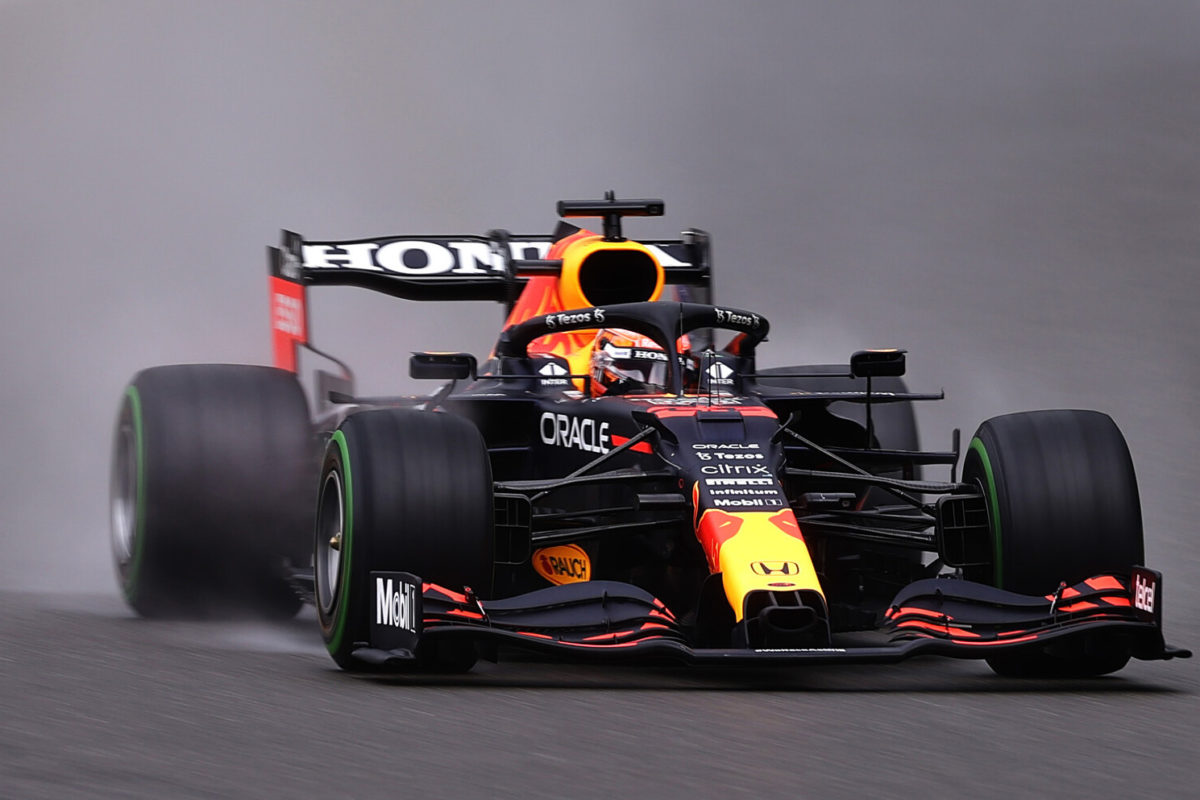 Max Verstappen described his route to pole position for the Formula 1 Belgian Grand Prix as “tricky” after a rain affected qualifying session.

The Dutchman secured pole position with his final flying lap in qualifying, denying an unlikely result for Williams’ George Russell.

Conditions throughout the session deteriorated and were at their worst in the opening moments of Qualifying 3.

That saw Lando Norris crash heavily at Raidillon to trigger a red flag which lasted 40 minutes, during which time the rain intensified.

It capped off a difficult qualifying session which was initially delayed by 12 minutes due to the weather.

“I think all qualifying was pretty tricky, conditions wise with the track but also to get the tyres in the right window.” Verstappen observed.

“[It] Was really difficult also to find a gap to not have problems with the visibility.

“But overall, it was important to stay on track and do your laps at the right time.”

Following the Qualifying 3 red flag, just under nine minutes remained in the session with no lap times on the board.

Conditions had also changed such that neither the extreme weather tyre, nor the intermediate were ideally suited, leaving drivers in a quandary.

“The track looks very wet, and you want to actually go out on an extreme, but these tyres are extremely slow,” Verstappen explained.

“So then you go out on an inter, which is not really made for a lot of water on track was difficult.”

Friday’s running in Spa had been dry, though both sessions started damp, while Free Practice 3 was held in the wet.

The weather closed in further for qualifying, with Russell and Esteban Ocon opting for the extreme weather tyres initially for their Qualifying 3 runs following the restart.

“This track is amazing to drive in the dry, and when you then have a wet qualifying, it’s pretty – I wouldn’t say scary –  it’s really interesting and quite extreme,” Verstappen said.

The Belgian-born Dutchman has shown himself to be fast on both Friday and Saturday, though he was closely matched with the Mercedes of Lewis Hamilton and Valtteri Bottas on the opening day.

That became harder to read on Saturday, though the Red Bull driver looked to have the upper hand in wet conditions.

Heading into Sunday’s race, the pole sitter is mindful that conditions will play a key part.

An 80 percent chance of rain is predicted, with heavy showers forecast.

“We had a good Friday, straightaway out of the box,” Verstappen said.

“The car felt quite decent, there were no big dramas – there’s always things to fine tune but it felt quite good.

“And today in the wet, it’s never easy, it’s always moving around,” he added.

“It’s alright, so just need to make sure that tomorrow we have a clean first lap and, and then we’ll see.”

In his favour is the fact Sergio Perez starts sixth, while Bottas will drop from 8th to 13th owing to a five-place grid penalty carried over from the Hungarian Grand Prix.

The Belgian Grand Prix gets underway tonight at 23:00 AEST.