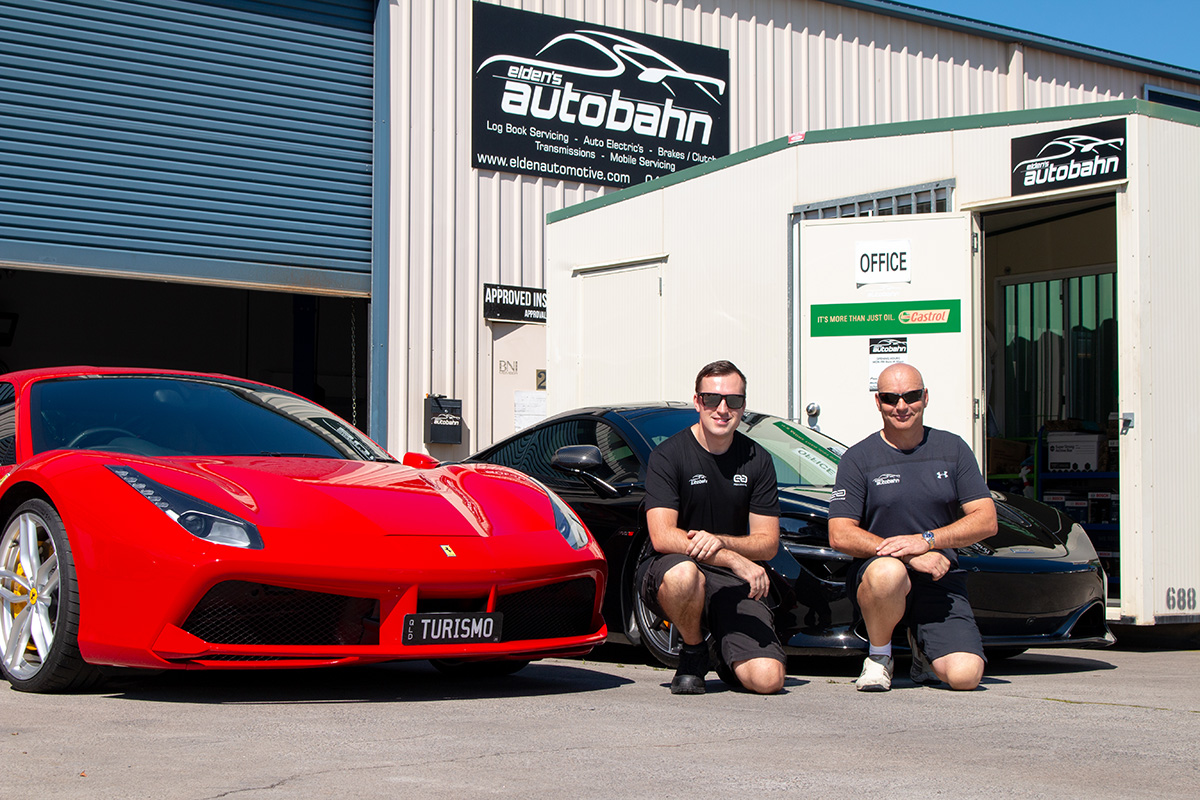 Spotting a gap in the Australian market, Elden Fryers has built a successful automotive business tuning and customising European cars.

The Brit’s journey in the industry began as a teenager in his homeland, where he completed an apprenticeship before moving through the ranks of car dealerships.

His career has brought him full circle, and today he’s swinging spanners at Elden’s Autobahn in Sanctuary Cove.

Fryers emigrated to Australia more than a decade ago, bringing with him a wealth of experience and expertise in European cars.

“There was a bit of a niche market out here for Euro cars,” he explained.

“I found there’s not too many [mechanics] that are too comfortable with European vehicles, and that’s really been my background for a long time, that it’s been fixing or selling them.

“So we opened up a shop here in Sanctuary Cove.

“I started off as a mobile actually, but then we opened up a shop here five years ago at Sanctuary Cove.”

It’s an ideal location for his business, with a healthy European car population among the locals who quickly heard about Fryers’ expertise.

“A lot of other workshops are okay with your Ford and Toyotas of this world, but we were finding that the customers probably weren’t getting the level of service they’d expect on a BMW, and Audi, Mercedes, what have you,” he explained.

He now employs three others; two mechanics and an apprentice, and business is bursting at the seams.

“We need a bigger workshop, but we don’t want to leave the area because our location is absolutely perfect for this customer base,” he reasoned.

Over the years, Elden’s Autobahn has evolved.

From a straight European workshop it’s developed into something more of a tuning house, offering specialist services such as performance tunes and even body modification.

Australian car culture is undergoing something of a transformation.

Where historically it’s been a case of lovingly maintaining an Australian- or American-made car to showroom standards, more and more it’s about customisation and personalisation.

It’s a more American approach, but the hardware itself is increasingly European.

Having grown up around two-litre, four-cylinder cars such as Ford Escorts, the Australian scene was a culture shock.

“I was trying to tell people that German manufacturers make four cylinder cars that will probably outrun the lot of Australian V8s,” Fryers said.

“I think it’s only in the last probably eight to 10 years that people have started to switch over to more European cars.

“When I first came here, everything was either Holden or Ford, and it had to be a HSV or FPV vehicle, and that was the be-all and end-all.”

Joining NetworkCafe.com.au was, for Fryers, a way to further open a niche market and connect with other enthusiasts.

“It’s more a motor enthusiast’s site, and that’s probably the target audience that we’re trying to attack now, get more of the supercar customers, and try and break into that niche market,” he explained.

“The days of media or newspaper, magazine advertising, I think they’re long gone.

“We were spending a fortune on our own website, trying to get that out there.”

It’s part of a tapestry of avenues Fryers leverages to spread the word and identify opportunities for growth and development.

And that has helped Elden’s Autobahn into something of a one-stop shop for European car care and modification, turning your blank canvas into a personalised piece of automotive art.

CLICK HERE to connect with Elden’s Autobahn on Networkcafe.com.au.