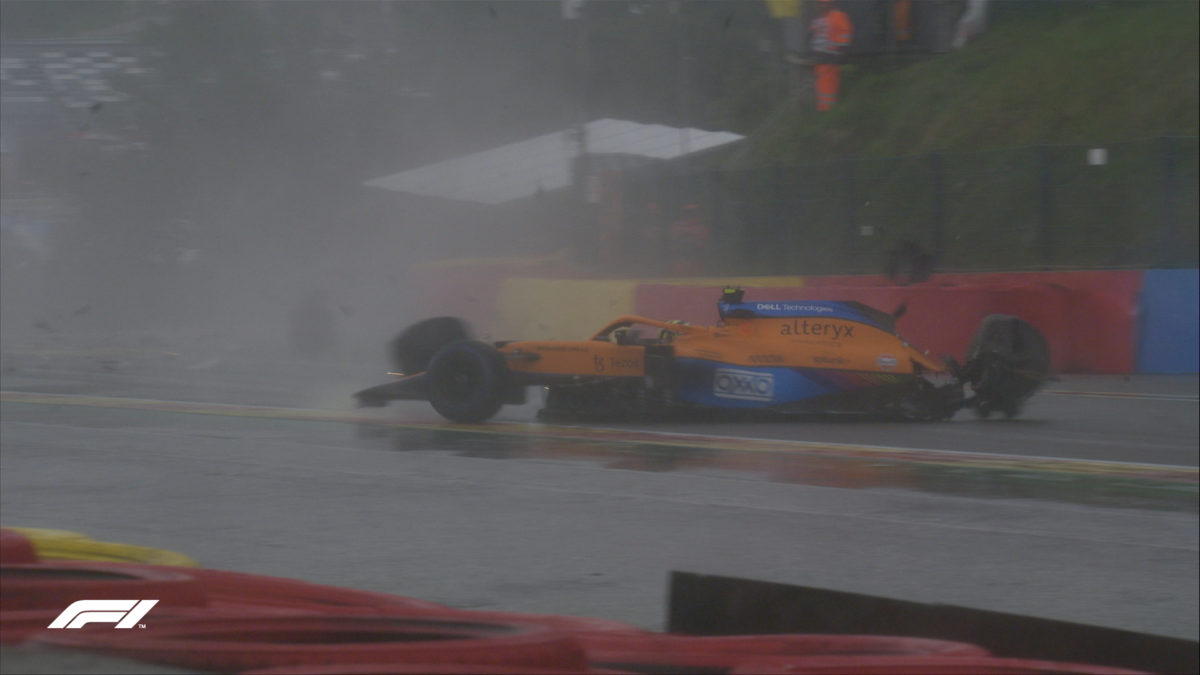 The McLaren driver was one of the favourites for pole position in Qualifying 3, when rain intensified.

Embarking on his first timed lap in the segment, Norris lost control at Raidillon and crashed heavily.

Just moments before the crash, Sebastian Vettel had called for the session to be red flagged, while Norris himself had reported aquaplaning.

First driver on the scene, Vettel stopped to check on his counterpart prior to the medical crews arriving.

The German was advised of the incident prior to arriving on the scene, prompting an angry response.

“What the f**k did I say? What did I say? Red flag. Unnecessary,” was Vettel’s response to the crash over the team radio.

The Brit, winded, reported to the garage that he was okay before climbing free from the car.

Under the red flag, the clock stopped with 8:59 remaining in the final segment of the three-part session.

The Eau Rouge/Raidillon section of the Spa-Francorchamps circuit came under fire on Friday after a number of W Series cars crashed at that location.

It followed an incident during the 24 Hours of Spa earlier this month, and the death of Anthoine Hubert in 2019. 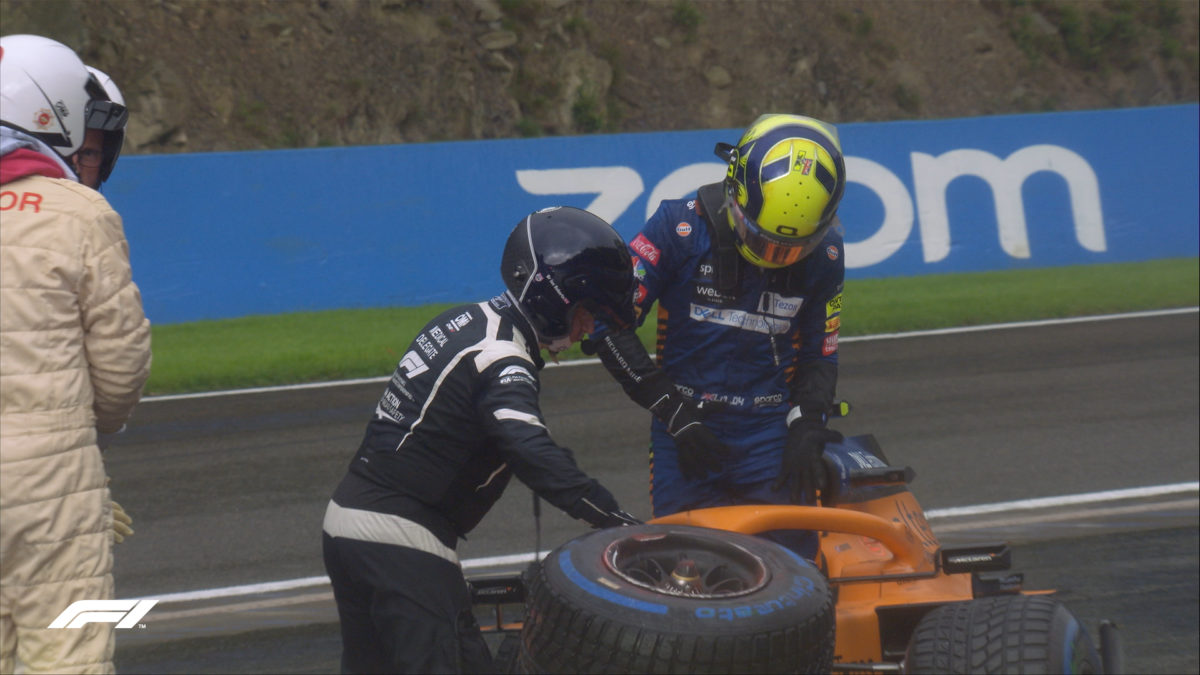