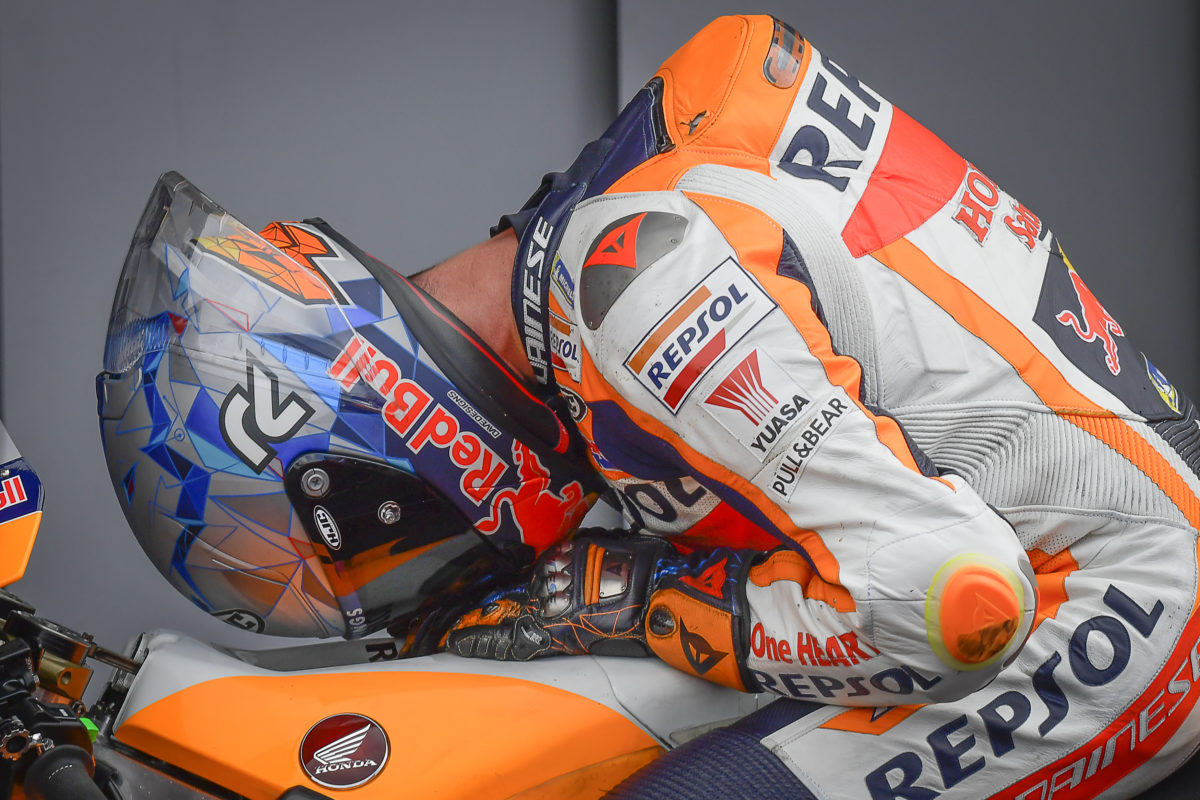 Pol Espargaro says his first pole position for Honda “felt like a victory”, given how much he has struggled in his first MotoGP season with the Japanese marque.

Espargaro qualified at the very front of the grid for the British Grand Prix, seven places better than his previous high-water mark in 2021.

The Spaniard made a high-profile switch from KTM in the last off-season having been signed before Alex Marquez even got a chance to race for the factory Repsol Honda Team, but his results this year have fallen well short of those he came to achieve with the Austrian manufacturer.

Honda has struggled in general, although its six-time champion Marc Marquez is now its highest placed rider in the championship, in 11th, despite missing the first two rounds of the campaign due to injury.

However, at 15th in the standings, Espargaro is even behind LCR duo Takaaki Nakagami and Alex Marquez, who sit 12th and 14th respectively.

Pole in Britain is a big boost for #44, who felt that he was able to ride more to his style at Silverstone.

“It’s a little bit shocking, after how tough it was, the past weekends for us in Austria [last two rounds, at the Red Bull Ring],” admitted Espargaro.

“How we could be able to come back here is just difficult to believe but there are different kinds of [responses to] these bad moments – in a sad way or a hungry way – and we took the second option.

“I try to be every day a little bit better; I’ve been working so much but, unluckily, things were not coming.

“Here, everything is coming much easier and sure the track, the weather, with this cold, the extra grip we have in this track… everything gives me the feelings that I need to apply my riding style and maybe to forget a little the problems we have on the pit box with the bike.

“Also, this place has been good to Honda in the past years too, so let’s enjoy today [qualifying], tomorrow [race day] is going to be a new day, but today, this pole felt like a victory.” 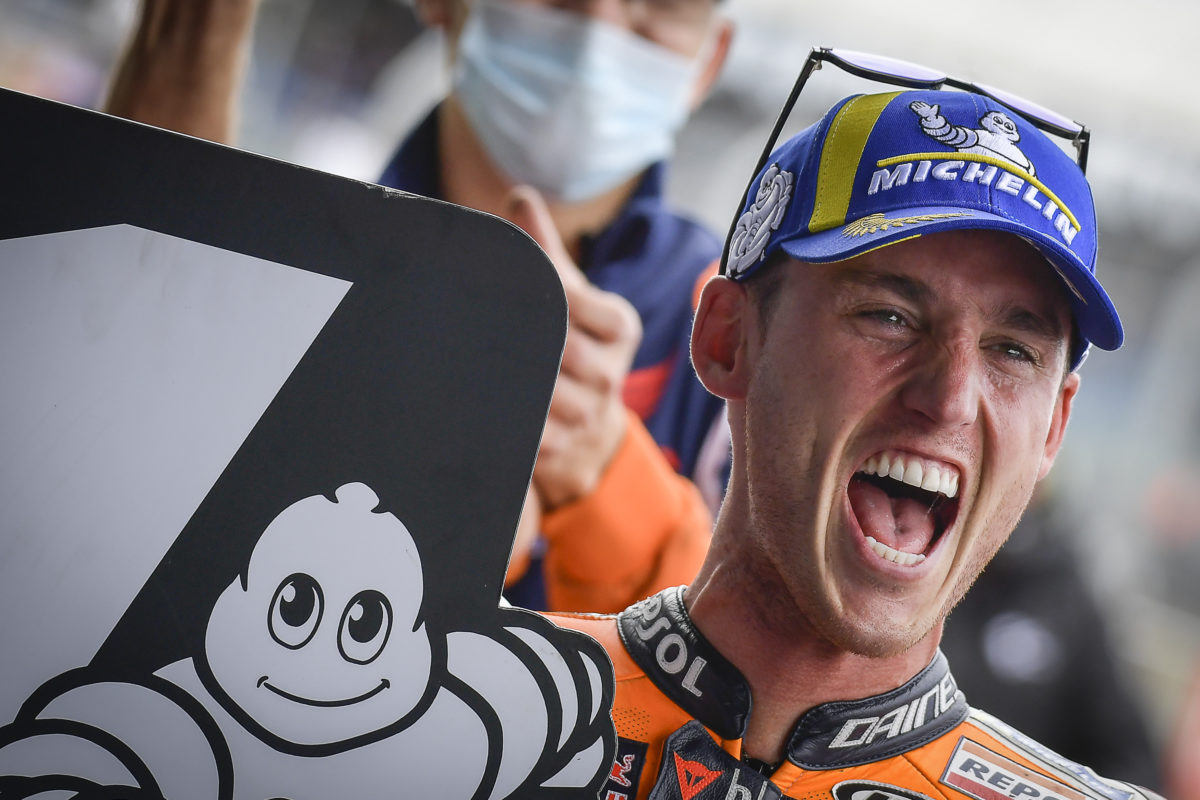 Being on the front row for the first time since the third-last round of the 2020 season, the European Grand Prix, Espargaro quipped that sitting on the grid will feel “like a test”.

Given he is still coming to terms with how the RC213V works after four years helping to develop KTM’s RC16, the 30-year-old said he will be enjoying the experience at lights out.

However, with Ducati’s Francesco Bagnaia and Yamaha’s championship leader, Fabio Quartararo, on the front row, he will also be looking to learn from them.

“The feelings on the grid are going to be very, very strange,” said Espargaro.

“They are going to be like a test, not seeing anybody in the front.

“But yeah, for sure, the feeling will be amazing.

“I think nobody can believe how much I was pushing myself – as everyone, for sure, is training a lot – but I mean, I see my history and I’ve been suffering, still I’m suffering.

“But here, for whatever reason, it’s coming better, and I feel confident, and I build up my confidence here, which turned up in that position in the grid, which is amazing.

“So, tomorrow [race day] is a day to enjoy and to be with these guys and see what these guys do in a race; what I’m not normally doing in the race weekend.

“I’m going to take the race as part of this learning process, also as an enjoying day, and I tell you, if I can be some laps with them, it’s going to be so fun.”